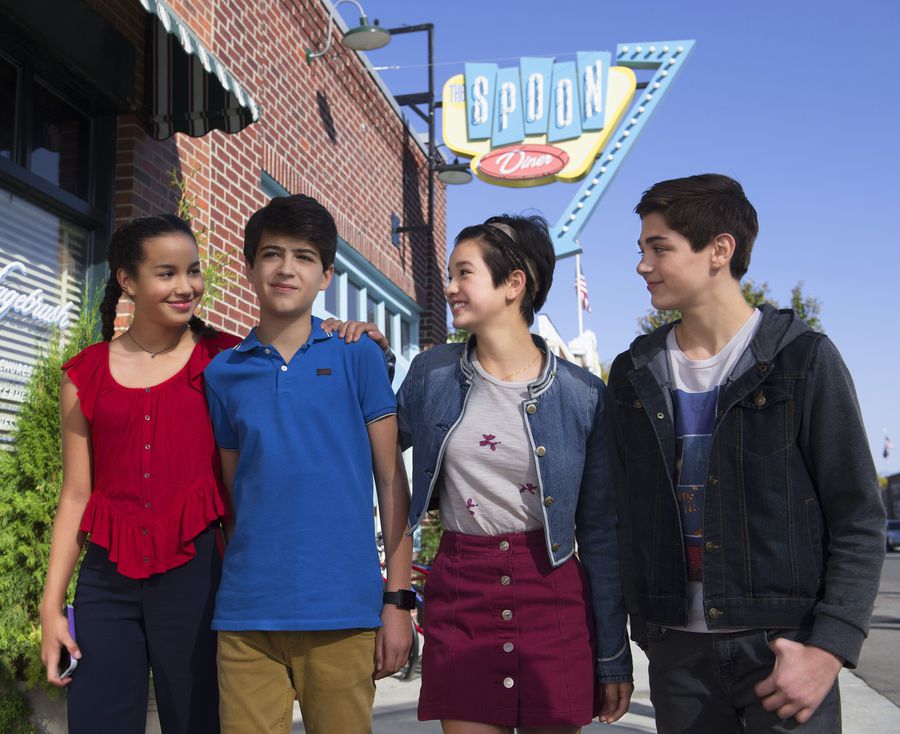 Disney Channel is prepping to introduce its first ever gay character, whose sexuality and coming out story will be explored in the second season of Andi Mack.

The tween series will see 13-year-old Cyrus Goodman, portrayed by Joshua Rush, coming out to his friends and family, Disney Channel said in a statement.

“Andi Mack is a story about ‘tweens’ figuring out who they are,” said Disney Channel in a statement. “[Creator] Terri Minsky, the cast and everyone involved in the show takes great care in ensuring that it’s appropriate for all audiences and sends a powerful message about inclusion and respect for humanity.”

Rush said that the show was giving young people and those around them “a meaningful way to talk about these topics and the power to decide their futures.”

He added: “I’m so proud to bring Cyrus’ groundbreaking storyline to life and for you to see what we’ve been working on.”

Starting conversations about trust, love, relationships and family dynamics is easier when you have a show that you can relate to. Andi Mack gives young people and their parents, mentors, and champions a meaningful way to talk about these topics and the power to decide their futures. I’m so proud to bring Cyrus’ groundbreaking storyline to life and for you to see what we’ve been working on. Tune in this Friday at 8pm EST for the season premiere of season 2 🎬 #andimack #disneychannel

Andi Mack follows 13-year-old Andi (Peyton Elizabeth Lee) and her friends Cyrus and Buffy. The season premiere will show Andi developing feelings for a boy, Jonah — only for Cyrus to also develop feelings for him.

The second season will then follow Cyrus as he tries to figure out his feelings, and how to tell his new girlfriend.

To ensure the show was as accurate and respectful as possible, Disney Channel apparently consulted a number of organizations, including GLAAD and PFLAG, Deadline reports.

“With more and more young people coming out as LGBTQ, Andi Mack is reflecting the lives and lived experiences of so many LGBTQ youth around the country,” said Sarah Kate Ellis, President and CEO of GLAAD. “Television reflects the real life world and today that includes LGBTQ youth who deserve to see their lives depicted on their favorite shows. Disney has been a leader in LGBTQ inclusion and there are so many young people who will be excited to see Cyrus’ story unfold.”

“Sharing one’s innermost self can be challenging, and to do so as an adolescent can be particularly so, especially when in the midst of figuring it out for yourself,” said Jaime M. Grant, Executive Director of PFLAG National. “Coming out requires honest self-reflection, no small amount of bravery, and a safe place with at least one trusted person – a friend, a parent, a teacher – who can hold your confidence…and your heart. Andi Mack’s creative team captures this moment of revelation with such thought, care, and authenticity; it will be a memory moment for some, and a teachable moment for many.”