Georgia State Rep. Betty Price under fire for calling for quarantine of people with HIV

By John Riley on October 27, 2017 @JohnAndresRiley 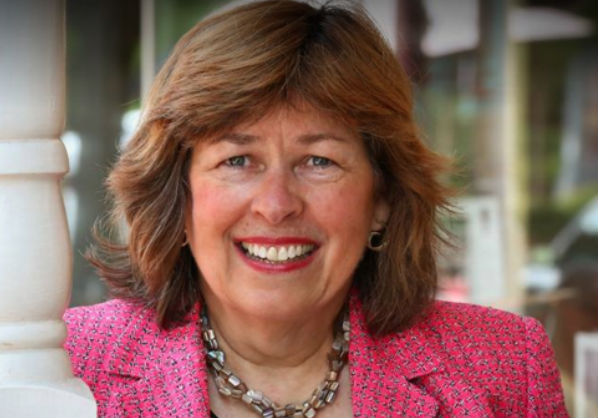 A Georgia state representative is defending a comment she made when she raised the possibility of quarantining people living with HIV as a way of stopping the spread of the virus.

State Rep. Betty Price (R-Roswell) made the remark during a hearing with public health officials who were updating lawmakers about the problems Georgia faces combating HIV. The officials told legislators that Georgia is second only to Louisiana in the rate of new HIV infections, due to more than one-third of Georgians living with HIV failing to achieve viral suppression.

That failure to receive treatment has been attributed to a lack of access to quality insurance that will cover HIV treatments, and to societal attitudes such as homophobia and stigma that discourage people from getting tested and knowing their status.

Nonetheless, Price asked Dr Pascale Wortley, chief of the Georgia Department of Health’s HIV Epidemiology section, if there were legal ways to curb the spread of the virus, such as quarantining those with HIV.

“And I don’t want to say the quarantine word, but I guess I just said it,” Price said. “Is there an ability, since I would guess that public dollars are expended heavily in prophylaxis and treatment of this condition?

So we have a public interest in curtailing the spread. What would you advise or are there any methods legally that we could do that would curtail the spread?”

She also said: “It seems to me it’s almost frightening, the number of people who are living that are potentially carriers. Well they are carriers, with the potential to spread, whereas in the past they died more readily and then at that point they are not posing a risk. So we’ve got a huge population posing a risk if they are not in treatment.”

Price’s remarks were immediately seized upon by liberal groups and LGBTQ advocates as an example of her insensitivity, and she was roundly criticized in the press and on social media. Some even noted that, during his tenure as U.S. Secretary of Health and Human Services, her husband, Tom Price, backed cuts that would significantly reduce funding for HIV prevention efforts, which would run counter to Betty Price’s stated desire of reducing the rate of new infections.

Price later released a statement to the Atlanta Journal-Constitution claiming that her remarks were “taken completely out of context.”

“I made a provocative and rhetorical comment as part of a free-flowing conversation which has been taken completely out of context. I do not support a quarantine in this public health challenge and dilemma of undertreated HIV patients,” she wrote in the statement.

“I do, however, wish to light a fire under all of us with responsibility in the public health arena — a fire that will result in resolve and commitment to ensure that all of our fellow citizens with HIV will receive, and adhere to, a treatment regimen that will enhance their quality of life and protect the health of the public,” Price concluded.

The media organization GLAAD called on Price to issue a full apology for her remarks, something she has declined to do. Sarah Kate Ellis, the president and CEO of GLAAD, said that she and others advocating for measures such as a quarantine “need to educate themselves to move past the outdated and harmful myths about people living with HIV.”

Ellis doubled down on those remarks at the recent 2017 GLAAD Gala Atlanta, saying of Price’s remarks: “LGBTQ people and people living with HIV in Georgia deserve much, much better. I am here tonight to double down on our call to action from Representative Price. How about an early retirement like her husband?”

Tom Price was forced to resign from his position in the president’s cabinet after coming under criticism for using private jets and military aircraft for travel, sticking taxpayers with a price tag of more than $1 million.

“As a queer lawmaker in the South I reject language that stigmatizes people living with or affected by HIV and AIDS,” Rep. Park Cannon (D-Atlanta), said in a statement. “I call on my colleague in the House to apologize for her appalling comments and want the community to know that we still rise in the face of adversity.”

“As the first openly gay man elected to the Georgia statehouse, I want those living with HIV and AIDS to know that we stand with you, that we are fighting with you and that together we will drive out fear and hate with love,” added Rep. Sam Park (D-Lawrenceville).

John Riley is the local news reporter for Metro Weekly. He can be reached at jriley@metroweekly.com
← Previous Story Kentucky judge who refused to hear same-sex adoption cases resigns
Next Story → Hillary Clinton and Kamala Harris urge HRC dinner attendees to continue the fight for equality