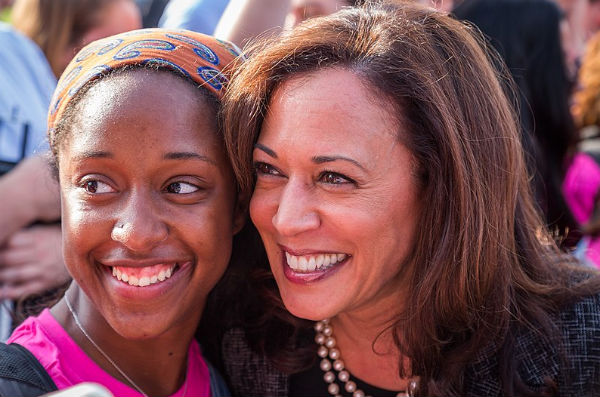 The Human Rights Campaign has announced that U.S. Senator Kamala Harris (D-Calif.) will be honored and give the keynote speech at the organization’s 21st annual HRC National Dinner on Saturday, Oct. 28.

Harris, a first-term senator who has risen to prominence as one of the faces of the Democratic Party’s younger leaders, is the second African-American woman (and the third Asian-American woman) in history to serve in the U.S. Senate. She previously served as the deputy district attorney for Alameda County, the District Attorney for San Francisco, and the Attorney General of California, roles in which she often defended the LGBTQ community against discrimination.

As District Attorney, she cracked down on hate crimes directed against members of the LGBTQ community. She has also been a longtime advocate for marriage equality, and has been vocal about the importance of ending the use (and abuse) of “gay/transgender panic” defenses to justify wrongdoing in murder or assault cases.

“Senator Kamala Harris is a champion of equality who is committed to helping us fight back against the Trump-Pence administration’s all-out war against the LGBTQ community,” HRC President Chad Griffin said in a statement. “Throughout her career in public life, Senator Harris has fought for the equal dignity of the LGBTQ community, and she is a national leader in the resistance against the politics of hate and fear. We look forward to welcoming Senator Harris to this year’s HRC National Dinner.”

Two-time Emmy Award-winning actress Uzo Aduba will be presented with the HRC Ally for Equality Award at the event, which is expected to draw more than 3,600 attendees to the Walter E. Washington Convention Center in downtown Washington.

Aduba, best known for he role as Suzanne “Crazy Eyes” Warren in Orange is the New Black, has been an outspoken ally of the LGBTQ community and has credited the groundbreaking show with helping educate her — and the rest of America — about the challenges faced by the LGBTQ community. Aduba has used her platform as a celebrity to call for greater diversity in television, including a need for more authentic stories of LGBTQ people. As the child of immigrants from Nigeria, she has spoken out against anti-LGBTQ persecution in that country.

“Using her incredible talent to help change countless hearts and minds, Uzo Aduba is a powerful and compelling voice for justice, fairness, and equality,” Griffin said. “Aduba is unwavering in her commitment to helping advance equality for LGBTQ people around the globe. We are proud to honor her with the HRC Ally for Equality Award.”

HRC will be releasing more information on additional speakers and special guests to be honored at the National Dinner in the coming weeks. For tickets and more information, visit hrcnationaldinner.org.

John Riley is the local news reporter for Metro Weekly. He can be reached at jriley@metroweekly.com
← Previous Story Cara Delevingne: Harvey Weinstein asked me to kiss a woman while he watched
Next Story → Trump joked that Pence wants to “hang” every gay person