Trump accused of trying to stack courts with "extreme," under-qualified nominees who post a threat to civil rights laws

By John Riley on November 3, 2017 @JohnAndresRiley 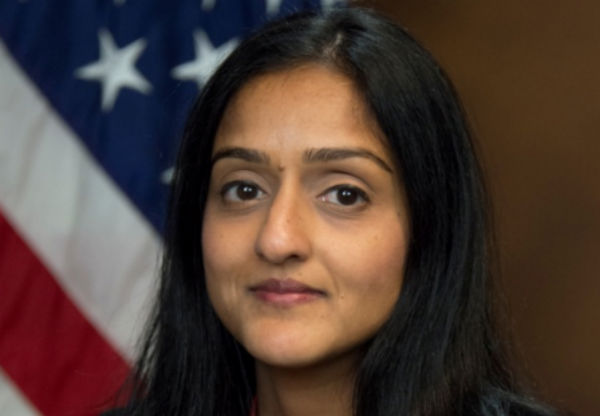 Civil rights advocates are becoming increasingly alarmed at the Senate’s willingness to rubber-stamp President Trump’s federal court nominees, including some who have come under scrutiny because of their views on civil rights laws and disdain for judicial precedent.

This week, the Senate voted 55-43 to confirm Amy Coney Barrett, a law professor at Notre Dame, to the 7th U.S. Court of Appeals. Barrett, a devout Catholic, had been criticized for her past statements and writings showing a strong, personal bias against reproductive rights and LGBTQ rights, which she attributed to her faith — even though not all practicing Catholics hold or endorse those same views.

Republicans quickly leapt to social media and conservative media outlets to brand Democrats as anti-Catholic and accuse, in particular, U.S. Sen. Dianne Feinstein (D-Calif.), the ranking Democrat on the Senate Judiciary Committee, of prejudice. But Feinstein said she was simply questioning Barrett about her writings to see what kind of a judge she would be, as Barrett has zero judicial experience on her resume.

Feinstein also noted that Barrett had suggested that a judge’s decisions might be swayed by their personal religious beliefs or biases, and wanted to ensure that she could remain impartial and adhere to existing precedent, according to the South Bend Tribune.

The Leadership Conference on Civil and Human Rights, which has been closely monitoring Trump’s judicial nominees, issued a statement slamming Barrett.

“Our federal courts should be comprised of fair and independent judges who will safeguard the rights of all people in America, but Professor Barrett’s record shows that she will not be such a judge,” Vanita Gupta, the CEO of the Leadership Conference, said in a statement.

Gupta, who served as head of the U.S. Department of Justice’s Civil Rights Division under the Obama administration, also decried the confirmation of Joan Larsen, a justice on the Michigan Supreme Court, to the 6th U.S. Circuit Court of Appeals.

Larsen was one of 21 individuals recommended by the right-wing Federalist Society and the Heritage Foundation for consideration for the Supreme Court seat left vacant by the death of Antonin Scalia. President Trump eventually picked Neil Gorsuch for that post. Nonetheless, Larsen’s inclusion on the list raised alarm among progressives, who believe she is an ideological warrior with an axe to grind.

Larsen’s nomination was opposed by 27 LGBTQ groups because of a record that is openly hostile to LGBTQ rights. She once rejected an appeal by a lesbian mother trying to get parental visitation rights from an ex-spouse that she had lived with before the Supreme Court legalized marriage equality. LGBTQ advocates also expressed concern over an article Larsen wrote in which she objected to the decision in Lawrence v. Texas that struck down sodomy laws and de-criminalized consensual same-sex relations.

Gupta, of the Leadership Conference on Civil and Human Rights, called Larsen’s judicial record “antagonistic to civil and human rights.”

“President Trump is seeking to pack the federal courts with judicial extremists because his divisive agenda has been repeatedly challenged and stopped by the judiciary,” Gupta said in a statement. “Senate Republicans need to exercise their own independent judgment on the troubling records of these lifetime appointments and stop rubber-stamping President Trump’s clear agenda to roll back our civil rights.”

The Senate Judiciary Committee also held confirmation hearings this week for Trump nominees Leonard Steven Grasz of Nebraska to serve on the 8th U.S. Circuit Court of Appeals, and Mark Norris of Tennessee to serve on the U.S. District Court for the Western District of Tennessee. Both have raised serious red flags among civil rights advocates for their temperament and their hostility to civil rights law precedent.

For example, the American Bar Association — which conducts objective, nonpartisan assessments of judicial nominees — announced this week that it had rated Grasz unanimously “Not Qualified” to serve as a federal judge, citing his inability to rule on cases without bias and his seeming wish to push a conservative social agenda.

“In sum, the evaluators and the committee found that temperament issues, particularly bias and lack of open-mindedness, were problematic,” the ABA concluded in its assessment. This marks only the third unanimously “Not Qualified” rating the ABA has given since 1989. The other two nominees rated this low were never confirmed to the bench.

On LGBTQ issues, Grasz, who is a board member of the anti-LGBTQ Nebraska Family Alliance, has said that marriage equality is a “threat” to society, has expressed support for conversion therapy, and has opposed legal protections for LGBTQ people.

Norris, the majority leader in the Tennessee State Senate, has similarly hostile views when it comes to civil rights issues. He opposed marriage equality and voted for Tennessee’s infamous law allowing mental health providers to refuse service to LGBTQ clients. He has advocated for strict voter ID laws, opposed the removal of Confederate monuments, and even supported bills to make it more difficult to workers to pursue compensation claims in Tennessee, according to the Alliance for Justice.

The Judiciary Committee has not yet voted on Grasz or Norris’ nominations, but is expected to do so later this month.

U.S. Sen. Patty Murray (D-Wash.), the third-ranking Democrat in the Senate, took to the floor to speak out against Republican efforts to jam through as many unpalatable judicial nominees as possible, even if they hold out-of-the-mainstream views or cannot demonstrate that they would be impartial if confirmed to lifetime appointments on the bench.

“President Trump and Republicans are taking our country in a direction that is deeply harmful — by stacking the courts with extreme, conservative judges,” Murray said in her floor remarks. “Two were on President Trump’s ‘short list’ for Supreme Court justices — meaning they would ‘automatically’ vote to overturn Roe v. Wade. Unfortunately, their views on LGBTQ rights, sexual assault, criminal justice, and corporate interests are just as deeply troubling.”

John Riley is the local news reporter for Metro Weekly. He can be reached at jriley@metroweekly.com
← Previous Story Kevin Spacey accused of sexual harassment, assault by House of Cards crew
Next Story → Nevada man allegedly kills teen son because he was gay