By John Riley on November 22, 2017 @JohnAndresRiley 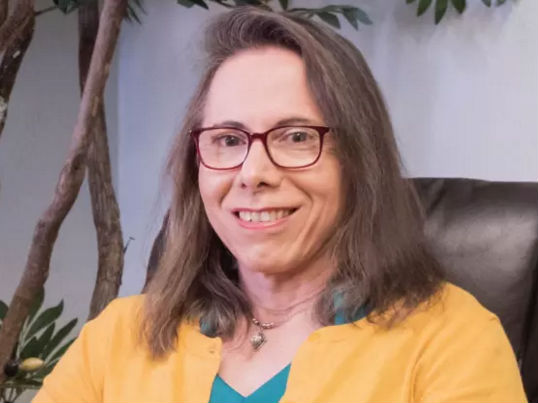 A federal jury has awarded a former professor at Southeastern Oklahoma State University $1,165,000 in damages in response to a lawsuit she brought against the university accusing it of discriminating against her based on her gender and retaliating against her when she filed a complaint.

Rachel Tudor, an English professor, claimed that the university and the Regional University System of Oklahoma had singled her out for discrimination and disparate treatment based on her transgender status, as first reported by Buzzfeed.

Tudor filed a complaint with the U.S. Equal Employment Opportunity Commission, which concluded that she had a valid claim that her rights had been violated under Title VII of the Civil Rights Act of 1964, which prohibits discrimination based on sex, including sex stereotyping.

In her initial complaint, in 2010, Tudor noted that the university policed what clothing she was allowed to wear and restricted her to using one single-stall restroom on campus. She claimed that when she applied for tenure in 2009, the university denied her application. She accused the university of retaliating against her for filing a complain by preventing her from reapplying for tenure for the 2010-2011 school year.

Tudor also brought an additional complaint accusing her supervisors of creating a hostile work environment based on her gender identity. The university demanded that the hostile workplace claim be dismissed, but a federal judge in Oklahoma disagreed, allowing Tudor’s claim to move forward.

But the lawsuit appeared to hit a snag when the Department of Justice, under the new Trump administration, refused to embrace the interpretation that gender identity discrimination constitutes sex discrimination. Rather, it has said that statutes like Title VII should be interpreted literally, meaning that “sex-based discrimination” only applies to cases where a person is discriminated against based on their biological sex as assigned at birth. As such, the DOJ has argued, Title VII does not protect instances of anti-LGBTQ discrimination.

The Justice Department subsequently withdrew from the case and settled with the university, leaving Tudor to seek a ruling against the university on her own, without any support from the government. On Nov. 20, jurors found that while there was not a “preponderance of evidence” to support claims of a hostile work environment, there was sufficient evidence to believe that the university both discriminated against Tudor by denying her tenure and retaliated against her when she complained of unfair treatment.

Jillian Weiss, the executive director of the Transgender Legal Defense & Education Fund, and had previously represented Tudor in her case in 2015, issued a statement celebrating the jury’s verdict.

“We are thrilled that Dr. Tudor has finally achieved a measure of justice, after a years-long court battle against discrimination,” Weiss said in a statement. “This verdict send a clear message: No one should ever be fired on the basis of sex. This is as true in Oklahoma as it is in California or New York, and a fair-minded Oklahoma jury agreed.

“It’s a huge win not only for Dr. Tudor, but also for all trans employees who deserve the same opportunity to work hard, earn a living and contribute to society,” Weiss added. “It is particularly poignant that this verdict was returned on the Transgender Day of Remembrance, when we honor those transgender people who have lost their lives due to prejudice.”

John Riley is the local news reporter for Metro Weekly. He can be reached at jriley@metroweekly.com
← Previous Story Anti-gay Republican accused of sexual misconduct, harassment by dozens of men
Next Story → National LGBTQ business group NGLCC to rebrand and expand mission