Murder on the Orient Express is a bumpy ride (review)

Murder on the Orient Express is a fun, if flawed and unoriginal, adaptation of the Christie classic. 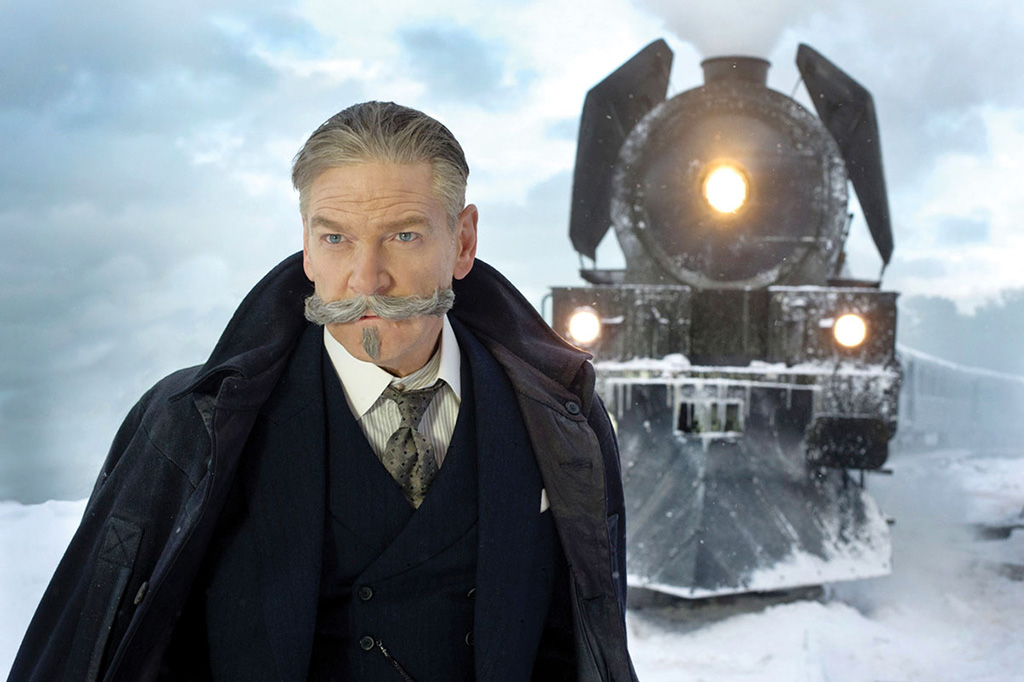 It can be daunting to adapt a classic novel for modern audiences. Even more so when the story in question is Agatha Christie’s 1934 Murder on the Orient Express. Already produced thrice before for screen — an acclaimed 1974 film, a derided 2001 TV film, and a middling 2010 episode of Agatha Christie’s Poirot — trying to sell audiences on a whodunit that many have likely already encountered is no mean feat.

Undeterred, Kenneth Branagh steps both in front of and behind the camera, as protagonist and brilliant detective Hercule Poirot and director of Murder on the Orient Express (★★). Adapted by screenwriter Michael Green, Branagh promises sumptuous filmmaking, a starry cast, and a quantifiable reason to spend money and 114 minutes reliving one of Poirot’s most famous cases.

The setup is simple: Poirot, on a break from sleuthing, is asked to come to London to investigate a case. To do so, he hitches a ride on the famed Orient Express, where he meets an eclectic group of individuals who, at first glance, have nothing in common. If Murder truly delivers in one area, it’s in assembling an excellent cast. While it’s not quite as name-heavy as Sidney Lumet’s 1974 classic, there’s plenty to satiate, including Dame Judi Dench as Russian Princess Dragomiroff, Johnny Depp as sleazy businessman Edward Ratchett, Michelle Pfeiffer as divorcee Caroline Hubbard, Penélope Cruz as the missionary Pilar Estravados, Star Wars‘ Daisy Ridley as governess Mary Debenham, Willem Dafoe as a racist Austrian professor, Josh Gad as Ratchett’s associate, Derek Jacobi as Ratchett’s butler, and Leslie Odom Jr. as Dr. Arbuthnot.

Each actor happily chews through the gorgeous scenery on offer — Pfeiffer shines brightest, particularly during an emotional late-stage scene — as they work through the mystery and intrigue in Christie’s tale. None of these characters is who they first seem, and — when one is brutally murdered after the Orient is derailed by an avalanche — their true natures and selves are slowly revealed.

Christie’s story remains devilishly good fun 80 years later, and screenwriter Green has tried to modernize certain elements — including more diverse casting (and a couple of character changes) in Cruz, Odom Jr. and Manuel Garcia-Rulfo’s roles. There’s even references to Stalin’s ideals, and discussions about the interracial romance between the Doctor and Miss Debenham. But there’s only so much that can be done to alter Christie — often, certain lines of dialogue land with a thud, regardless of the caliber of actor delivering them.

And while Branagh seems to be having a blast as Poirot, complete with a comically oversized moustache and an abundance of one-liners, every one of Poirot’s idiosyncrasies has been greatly amplified to almost ludicrous effect. That’s not all that’s amiss: several unexplained logic leaps jar against the moments when he chooses to ponderously spell something out for the audience, rather than trust them to keep up. Perhaps he needs another film — a sequel is heavily hinted at — to bed into the role, but Branagh’s take on the Belgian detective could stand to be edited and refined.

The same could be said for his direction. Branagh is no stranger behind a camera, but he seems to be struggling with the tight confines of the narrative — both literally and figuratively. Nowhere is that more evident than the film’s opening scenes, which introduce us to Poirot as he solves a robbery in Jerusalem. It’s needlessly long exposition, and it contrasts against his masterful handling of the Istanbul train station where the Orient departs from, as he focuses in on the central characters amid the mayhem of a bustling crowd. It’s here that Branagh should have opened, and where his skill can be fully appreciated. Instead, in this two-hour film, it’s about 50 minutes until there’s an actual murder on the Orient Express. 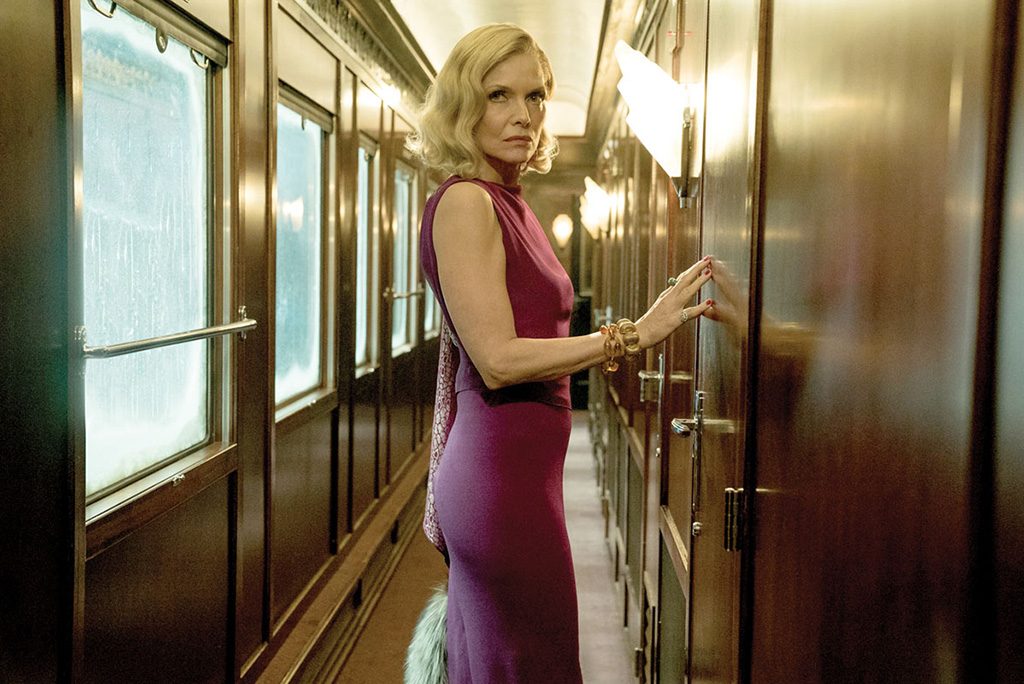 Once on the train, the film’s set design and costuming threatens to outshine Murder‘s stars. It is gorgeous to behold, nailing the ’30s aesthetic, the luxury, the decadence of those lucky few who could enjoy the Orient. And when Branagh and cinematographer Haris Zambarloukos work with the confines of the carriages, there are some breathtaking scenes, such as a tracking shot of Poirot as he storms down the train to confront the 12 passengers accused of murder. Other times, Branagh seems to want to escape, his camera flying out and around the train, or experiment, such as top-down shots and extreme close-ups that, if you’re too close to the screen, can make for uncomfortable viewing.

Ultimately, if you know the whodunit and have seen the ’74 original, there’s little reason to rush out and see Branagh’s adaptation. But for those unaware of Christie’s masterful conclusion, the film does decent service to one of her greatest tales. And even if you know where the Orient is ultimately going, it’s a pretty fun ride nevertheless, flaws and all.

Murder on the Orient Express is rated PG-13 for violence and thematic elements, and opens in theaters everywhere on Friday, November 10. Visit fandango.com.

Murder on the Orient Express 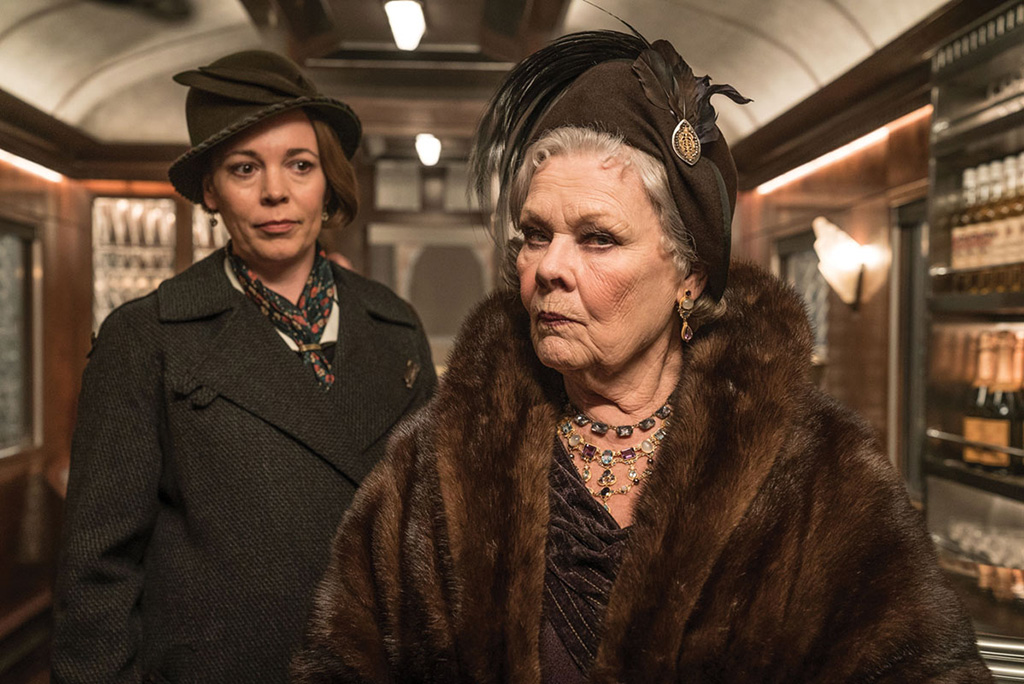 Rhuaridh Marr is Metro Weekly's managing editor. He can be reached at rmarr@metroweekly.com.
← Previous Story Marvel’s Thor: Ragnarok edited out a character’s sexuality
Next Story → Review: Justice League is an overstuffed turkey