The Turkish capital of Ankara has banned a German gay film festival, claiming that its content could incite a terrorist response.

The governor’s office issues a statement that it was shutting down the Pink Life QueerFest festival, which was scheduled to show four films, Reuters reports.

“Considering that the content could incite grudges and enmity towards a part of society… and the intelligence reports that terror organisations are seeking to attack dissentient groups or individuals, it is evaluated that this film screening could be provocative and draw reactions,” Ankara Governor Mehmet Kılıçlar’s office said in a statement.

Despite being a majority Muslim nation, homosexuality is legal in Turkey. However, the country has become more conservative in recent years due to President Tayyip Erdogan’s Islamist-influenced government, which has made moves away from the country’s previously secular nature.

The festival released a statement condemning the governor’s actions, which they likened to the cancellation of Pride parades in Turkey in recent years.

“Just as in the [Pride] marches banned arbitrarily and unlawfully in recent years, the proposition of the threat of terrorism…legitimizes the people and institutions that perceive our existence as a threat and produce hate speech about us, and deprives us of our constitutional rights under the name of ‘protection,'” the statement reads. “Your governor’s job is not to ban walks or activities, but to ensure that they are carried out safely.” 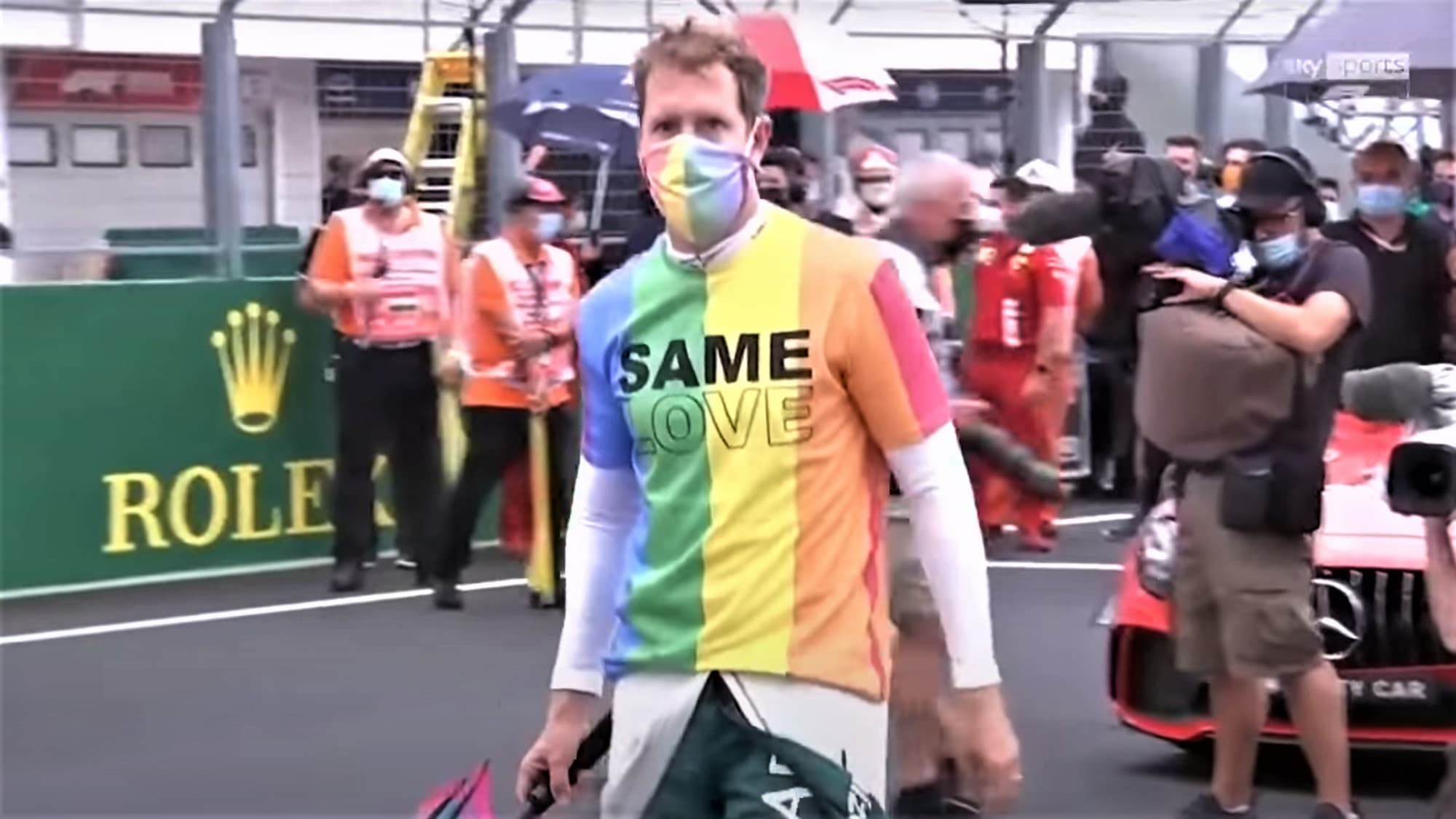 Formula One driver Sebastian Vettel has been reprimanded by the sport's governing body, FIA, after wearing a pro-LGBTQ t-shirt during the Hungarian Grand Prix.

Vettel, a four-time world champion, wore a rainbow t-shirt with "Same Love" on the front and paired it with a rainbow face mask.

The 34-year-old German is an outspoken supporter of LGBTQ rights and previously decried Hungary's recently passed law which bans discussion of LGBTQ people in schools and media.