Under attack from the GOP, Herring says his opinions are based in law, not ideology, as his opponent's would be

By John Riley on November 1, 2017 @JohnAndresRiley 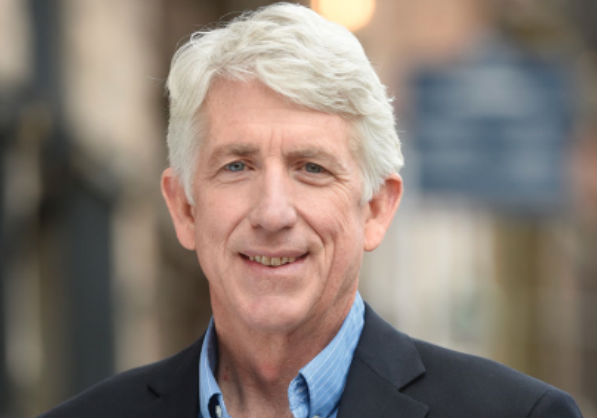 If you listen to Republican attack ads, Virginia Attorney General Mark Herring is a controversial figure obsessed with social issues who is bending the law to suit a radical ideological agenda.

What makes that charge particularly ironic is it mirrors attacks that Herring utilized four years ago against former Attorney General Ken Cuccinelli, who was then seeking the governor’s office. In that campaign, Herring pointed to decisions made by his predecessor that were seen by Democrats as politically motivated. Now, the shoe is on the other foot.

Herring, a Democrat, makes no apologies for his decisions while in office, particularly on the issue of LGBTQ rights. Herring’s opponent is John Adams, a Richmond-based lawyer who became famous for calling on General Assembly members to impeach Herring after the Democrat refused to defend Virginia’s constitutional ban against same-sex marriage in court. Adams has frequently cited that decision as one of several examples where Herring has abandoned a strict constitutionalist interpretation of the law to engage in social engineering.

“[John Adams] has made that a centerpiece of his campaign,” Herring says. “Just to be clear, it’s not just that I didn’t defend the law. I took up the side of the plaintiffs in the case and brought Virginia into the fight for marriage equality.”

Herring says the lawsuit challenging the state’s ban had already been pending for about six months by the time he took office. He and his staff were then tasked with deciding whether to continue in Cuccinelli’s footsteps and keep defending it.

“We had to analyze the law very thoroughly, and I reached a conclusion that if Virginia’s marriage ban were considered by the Supreme Court, the court would likely strike it down as unconstitutional.” Ultimately, Herring felt he was making the right decision to challenge the law because of the negative effect it was having on LGBTQ Virginians.

“There were thousands of Virginians who were being prevented from…being able to exercise that basic fundamental freedom and right, and Virginia has had a history of getting landmark civil rights cases wrong,” he says. “I wanted to break from that past and bring Virginia into the right side of the law and the right side of history, and not repeat the injustices of the past.”

Herring says it is Adams who is fixated on a radical social agenda, alleging the Republican will push to reverse Obergefell as soon as the makeup of the Supreme Court shifts in a way that is favorable to him. Herring maintains that such a reversal would be a “disaster” for Virginian families and may even hurt the state’s reputation as an open and welcoming place for new businesses.

A request for comment to the Adams campaign was not returned as of press time.

But the attorney general’s office deals with much more than marriage equality. Herring touts his work to resolve cases by reducing a backlog of nearly 3,000 untested rape kits in the hope of allowing survivors of sexual assault to obtain justice. He also points to his office’s work in combating human trafficking, preventing the spread of the heroin and opioid epidemic, and prosecuting violent gang members as examples of his other priorities.

On other LGBTQ-related issues, Herring has issued an opinion allowing public school boards in Virginia to pass their own policies to protect students, teachers, and staff from discrimination. And despite claims by conservative special interest groups, he notes, there are both constitutional and statutory bases for giving local school boards leeway to manage themselves without having to seek approval from the General Assembly.

Herring has also issued an opinion that discrimination under federal law violates state law, and that Virginians are entitled to the same rights they enjoy at the federal level. Herring’s office has also filed an amicus brief in the Masterpiece Cakeshop case headed towards the Supreme Court, arguing that states should have the right to pass laws protecting citizens from discrimination in the marketplace.

Herring is not afraid of a “culture war” backlash against “political correctness,” such as the one that helped propel President Trump into office. When he talks about the issues he champions, including LGBTQ rights, he hears back from constituents who are grateful for his support.

“The attorney general is the people’s lawyer, and I’m accountable to the people,” he says. “On the day we announced that we were bringing Virginia into the fight for marriage equality, I had parents tell me that they got calls from their sons and their daughters in tears because of what it meant to them to have an attorney general standing up and fighting for them. That’s one of the reasons why I think to me there’s no better or more important job than being Virginia’s attorney general, because you could positively impact the lives of so many people.”

John Riley is the local news reporter for Metro Weekly. He can be reached at jriley@metroweekly.com
← Previous Story Dana Beyer to run for Maryland State Senate in 2018
Next Story → Ralph Northam makes final appeal to LGBTQ voters before Virginia governor election