By John Riley on December 8, 2017 @JohnAndresRiley 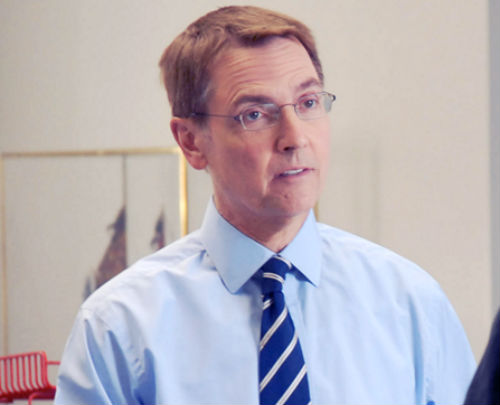 Gray previously ran for Senate against Sen. Rand Paul (R) in 2016, but was unsuccessful in his bid. However, according to the Lexington Herald-Leader, Gray won a majority of votes in the counties that comprise the 6th District. The district leans nine point more Republican than the nation as a whole, but Democrats were able to hold onto the seat as recently as 2010.

Were he to be successful, Gray would become the first out LGBTQ member of Congress from the state.

Gray hopes to run on his experience in both the public and the private sector, incorporating lessons from his experience running his family’s company, Gray Construction, as well as from his time as mayor, to prove he can get things accomplished in a Congress often criticized for its inaction.

As an openly LGBTQ elected official, Gray was involved in efforts advocating for the passage of pro-LGBTQ ordinances in Lexington and in several other Kentucky towns or cities. In total, eight municipalities have adopted such ordinances. In June, Gray wrote a letter to California Attorney General Xavier Becerra asking him to exempt Lexington from a ban on state-funded travel to states, including Kentucky, with laws that discriminate against LGBTQ people.

“Our city realizes that inclusive and welcoming values translate into good business and economic prosperity,” Gray said in the letter.

John Riley is the local news reporter for Metro Weekly. He can be reached at jriley@metroweekly.com
← Previous Story Gay man denied marriage license by Kim Davis to run against her
Next Story → Annise Parker: President Trump “is causing people to reassess the need to be [politically] involved.”