"You can’t say ugly people are drawn to the left. Have you seen people at a Trump rally?" 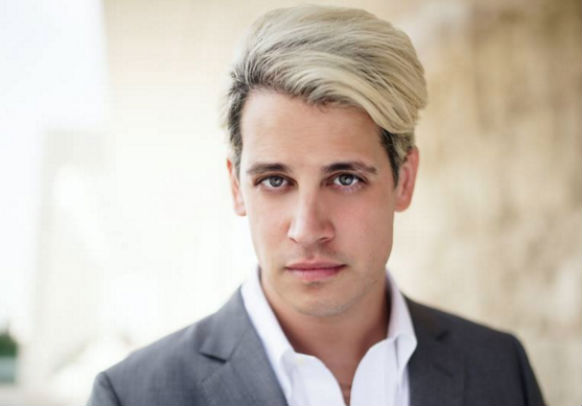 After campaigning for Donald Trump in last year’s election and stoking numerous controversies, he quickly became a key figure of the alt-right movement. The political commentator, who is openly gay, secured a book deal with Simon & Schuster and was invited to speak at the Conservative Political Action Conference.

Unfortunately, that all fell apart after comments Yiannopoulos made with appeared to show him expressing support for pedophilia while discussing relationships between younger and older gay men.

He resigned as senior editor for Breitbart News, was uninvited from CPAC, and Simon & Schuster quickly canceled his book — which he reportedly secured for an advance of $255,000. Yiannopoulos tried to self-publish Dangerous, but reportedly sold just 20,000 copies.

After the failure of his book, he sued Simon & Schuster for $10 million for breach of contract. Now, documents have been released showing that, while Yiannopoulos’ comments were the reason his book was canceled, the book itself was apparently dreadful.

Mitchell Ivers, vice president and editorial director of Threshold at Simon & Schuster, said in an affidavit that he edited Yiannopoulos’ book, which the publisher expected to be “a serious work addressing political correctness and related free speech issues that had embroiled our culture, particularly on college campuses.”

Instead, they received “a superficial reworking of [Mr. Yiannopoulos’] various speeches where he fed one-liners to crowds and made incendiary comments. Most troubling, it was riddled with highly offensive commentary and ‘jokes’ that were distractions and many would see as racist, misogynist, anti-immigrant, anti-Semitic, or homophobic.”

In a particularly cutting remark, Ivers said that, after editing a second draft, it didn’t seem “that further revisions would yield any deeper insights.”

Ivers also touched on Yiannopoulos’ alleged pedophilia comments, which ultimately led to the publishing agreement being terminated, noting that they were “of particular concern to my colleagues and me given that the draft manuscript flippantly addressed sexual abuse.”

But Ivers saved some of his best notes on Yiannopoulos’ writing and political views for the edits he made to the submitted draft of Dangerous.

Vulture collected just a few of Ivers’ almost 600 comments, and they’re both amusing and horrifying:

However, while Ivers’ comments are certainly amusing, they also raise an important point: why did Simon & Schuster agree to publish a book by Yiannopoulos in the first place?

If, as Ivers states in his affidavit, it was for a serious work on political correctness, there would have been better commentators than Yiannopoulos to write such a book — something social media was quick to latch onto after Ivers’ notes came to light.

The publisher knew who Yiannopoulos was when they gave him a $255,000 advance. The editor’s brutal comments are somewhat entertaining, but none of this should distract from the fact that they sought to make his bigotry both digestible and marketable. https://t.co/Ssg20zht0h

One phrase in Ivers’ notes has drawn particular attention: “If you want to make a case for gay men going back into the closet and marrying women just to have children, you’re going to have to employ a lot more intellectual rigor than you use here.”

Will immediately start using “if you want to make a case for [fucking ridiculous thing], you’re going to have to employ a lot more intellectual rigor than you use here.” 🔥🔥🔥 pic.twitter.com/WV8xwt8cwj

That said, Ivers has given everyone an invaluable look into the inner workings of Yiannopoulos’ mind. No more so than in this note: “Throughout the book, [your] best points seem to be lost in a sea of self-aggrandizement and scattershot thinking.”

Or, if you prefer another, more succinct, note: “DELETE UGH.”