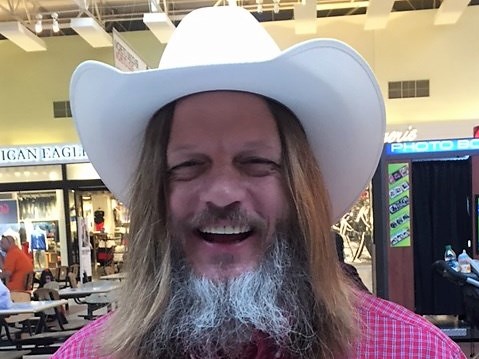 A Republican campaigning to be the next governor of Texas would “gladly” execute gay people.

Larry Kilgore, a Texas secessionist who has twice failed to become governor, made the comments in a now deleted social media post.

“I’d gladly execute a convicted adulterer, sodomite or bestialiter. Biblical law is a blessin [sic],” he wrote, in a post sharing a story about “bestiality brothels” in Germany.

OutSmart’s John Wright — who broke the story — previously spoke to Kilgore in 2014, during a failed run for governor. At the time, Kilgore said that he supported the death penalty as punishment for homosexuality, but would instead be focusing on obtaining secession for Texas.

“I am a Christian, and I have lots of Christian beliefs. However, I am trying to build a coalition of all different types of people. I look at the lesbians and the homosexual folks and I say, ‘Hey, D.C. is stealing my money just like they’re stealing your money,'” he said. “After we get our freedom, then we can decide all that stuff – hopefully at a county level. Right now, lesbians and homosexuals and Christians may have differences with each other, but we’ve got a bigger enemy.”

However, Kilgore, who in 2012 legally changed his middle name to SECEDE, told the Star-Telegram this summer that he would be abandoning any attempts at a coalition with “lesbians and homosexuals” in favor of focusing on his religious base. And, by extension, once again advocating for murdering LGBTQ people.

“I tried to build a coalition of libertarians and Democrats for secession,” he said. “Well, that failed miserably. So this time, I’m just sticking with my roots.”