By John Riley on December 11, 2017 @JohnAndresRiley 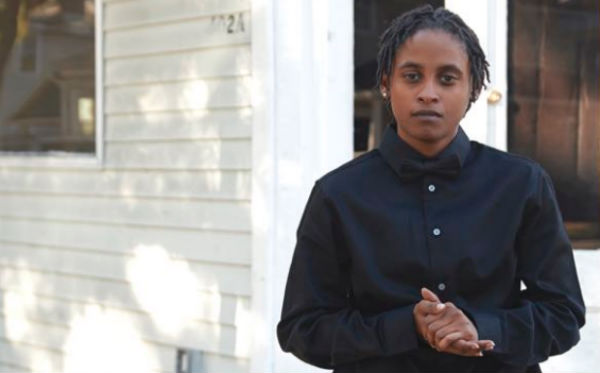 On Monday, the U.S. Supreme Court refused to hear the case of a lesbian woman who claims she was harassed at work and forced to leave her job because she is a lesbian who does not conform to traditionally female stereotypes.

Jameka Evans, a security guard at Georgia Regional Hospital in Savannah, filed a federal lawsuit alleging that the hospital violated her rights under Title VII of the Civil Rights Act by discriminating against her because of her sexual orientation and her nonconformity with gender norms of appearance and demeanor.

A district court dismissed the case, finding that Evans had no right to sue because Title VII — which prohibits discrimination based on sex — does not apply to people discriminated against because of their sexual orientation.

Lambda Legal, which is representing Evans, filed an appeal, arguing that sexual orientation discrimination constitutes a form of sex-based discrimination. A three-judge panel on the 11th U.S. Circuit Court of Appeals upheld the lower court’s decision to dismiss the lawsuit.

Evans’ lawyers appealed again, asking for a full hearing by the 11th Circuit, which rejected the request, thereby forcing Evans to appeal to the Supreme Court.

“By declining to hear this case, the Supreme Court is delaying the inevitable and leaving a split in the circuits that will cause confusion across the country,” Greg Nevins, the director of the Employment Fairness Project at Lambda Legal, said in a statement. “But this was not a ‘no’ but a ‘not yet,’ and rest assured that Lambda Legal will continue the fight, circuit by circuit as necessary, to establish that the Civil Rights Act prohibits sexual orientation discrimination.”

“The vast majority of Americans believe that LGBT people should be treated equally in the workplace,” Nevins added. “The public is on the right side of history; it’s unfortunate that the Supreme Court has refused to join us today, but we will continue to invite them to do the right thing and end this hurtful balkanization of the right of LGBT people to be out at work.”

In the meantime, Nevins suggested another remedy that could clear up the question of whether Title VII protects LGBTQ people: have Congress pass a federal law explicitly banning discrimination based on sexual orientation and gender identity.

One such bill, the Equality Act would amend the Civil Rights Act to include such protections. However, it has failed to receive a hearing under a Republican-dominated Congress.

By refusing to hear Evans’ case, the Supreme Court leaves a large amount of uncertainty as to the extent of Title VII. The full 7th U.S. Circuit Court of Appeals previously overturned past precedent to find that a lesbian adjunct professor at Ivy Tech Community College in Indiana was discriminated against and denied full-time employment because she was a lesbian.

Currently, the full 2nd U.S. Circuit Court of Appeals is re-examining its own precedent to determine whether a now deceased skydiving instructor had his civil rights violated after his former employer fired him because he was gay.

Other courts have found that Title VII is supposed to protect people from discrimination based on sex, including cases where a person fails to adhere to traditional gender norms. That makes the rejection of Evans’ lawsuit even more galling, as she claims part of the reason for her firing was her failure to dress and wear her hair in a typically “feminine” manner.

The Human Rights Campaign also issued a statement registering its disappointment with the court’s decision.

“Despite rulings by several federal courts saying that lesbian, gay, and bisexual people are covered by Title VII anti-discrimination protections, not all courts have agreed,” Sarah Warbelow, HRC’s legal director, said. “By refusing to hear this important case, the Supreme Court is delaying the inevitable fix and leaving the civil rights of LGB people to be inconsistently applied according to conflicting rulings by circuit courts. This further underscores the need for Congress to pass the Equality Act to provide consistent and explicit non-discrimination protections for LGBTQ people across all civil rights laws.”

John Riley is the local news reporter for Metro Weekly. He can be reached at jriley@metroweekly.com
← Previous Story Annise Parker: President Trump “is causing people to reassess the need to be [politically] involved.”
Next Story → Judge rejects Trump’s request to prevent transgender troops from enlisting