Retail giant claims employee was terminated for performance, not because of her gender identity

By John Riley on December 29, 2017 @JohnAndresRiley 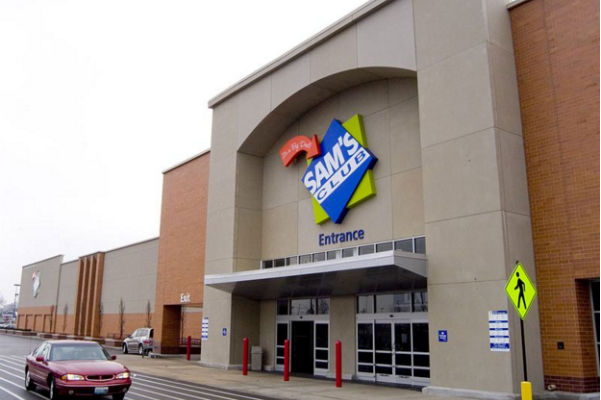 A transgender woman who worked at Sam’s Club is suing the chain’s parent company, Wal-Mart Stores, Inc., alleging that she was wrongfully fired after complaining about on-the-job discrimination and harassment at the hands of supervisors.

Charlene Bost, 46, worked as a cashier at the Sam’s Club warehouse in Kannapolis, N.C. for 11 years, starting in 2004. In 2008, she began transitioning and dressing as female, in accordance with her gender identity.

After she transitioned, she was frequently misgendered, insulted, and called derisive terms such as “that thing with an attitude,” “shim” and “it” by supervisors and co-workers.

Bost also claims her male boss subjected her to unwanted physical advances. When she filed a complaint about his actions toward her, she claims she was fired.

Bost’s lawsuit seeks to recoup an unspecified amount in damages for her loss of income and benefits, as well as “humiliation, loss of enjoyment of life, emotional distress, damage to her professional reputation, and other pecuniary and non-pecuniary losses” stemming from her termination. She also hopes to require Wal-Mart Stores and its subsidiaries, including Sam’s Club, to institute cultural competency training for its employees in an effort to stop future workplace harassment.

But a spokesman for Wal-Mart Stores maintains that Bost’s claims are without merit.

“Wal-Mart maintains a strong anti-discrimination policy. We support diversity and inclusion in our workforce and do not tolerate discrimination or retaliation of any kind,” spokesman Randy Hargrove told Reuters. “We disagree with the claims raised by Ms. Bost. Her termination was for performance reasons. We will respond as appropriate with the court.”

Bost’s lawsuit could potentially be bolstered by a decision by the U.S. Equal Employment Opportunity Commission, which found, in response to a complaint by Bost, that it was more than likely that Sam’s Club, and to a larger extent, Wal-Mart Stores, had discriminated against Bost by allowing the harassment to continue and firing her in retaliation for her willingness to speak out.

The EEOC also found similar wrongdoing by the company in a case out of Florida, where a transgender Sam’s Club employee was demoted and disciplined after she filed a complaint alleging that her supervisor was harassing her due to her decision to transition.

That employee was also denied health insurance coverage for transition-related expenses, even though they were deemed medically necessary and parent company Walmart had ostensibly removed exclusions banning coverage for hormone therapy or surgery from its health care policy in January.

In November, based on the EEOC’s findings in both Bost’s case and the case out of Florida, the Human Rights Campaign suspended Wal-Mart Stores’ perfect rating on its Corporate Equality Index, saying that even though the company may have pro-LGBTQ policies on the books, those policies may not be implemented or may be ignored in individual stores.

At the time, Deena Fidas, the director of HRC’s Workplace Equality Program, said that the company’s CEI rating would be “reassessed” once Wal-Mart Stores took action to address the concerns and ensure that its policies are actually protecting LGBTQ employees from harassment or discrimination.

Jillian Weiss, the executive director of the Transgender Legal Defense and Education Fund, which filed the lawsuit on Bost’s behalf, echoed Fidas’ comments from November.

“The difficulty here is that Wal-Mart has a good policy, but when a person like Ms. Bost came forward to say she was having trouble because of the discrimination she faced, its enforcement mechanisms were insufficient,” Weiss told Reuters in an interview. “Corporations have to enforce compliance with anti-discrimination policies, not merely cite their existence.”