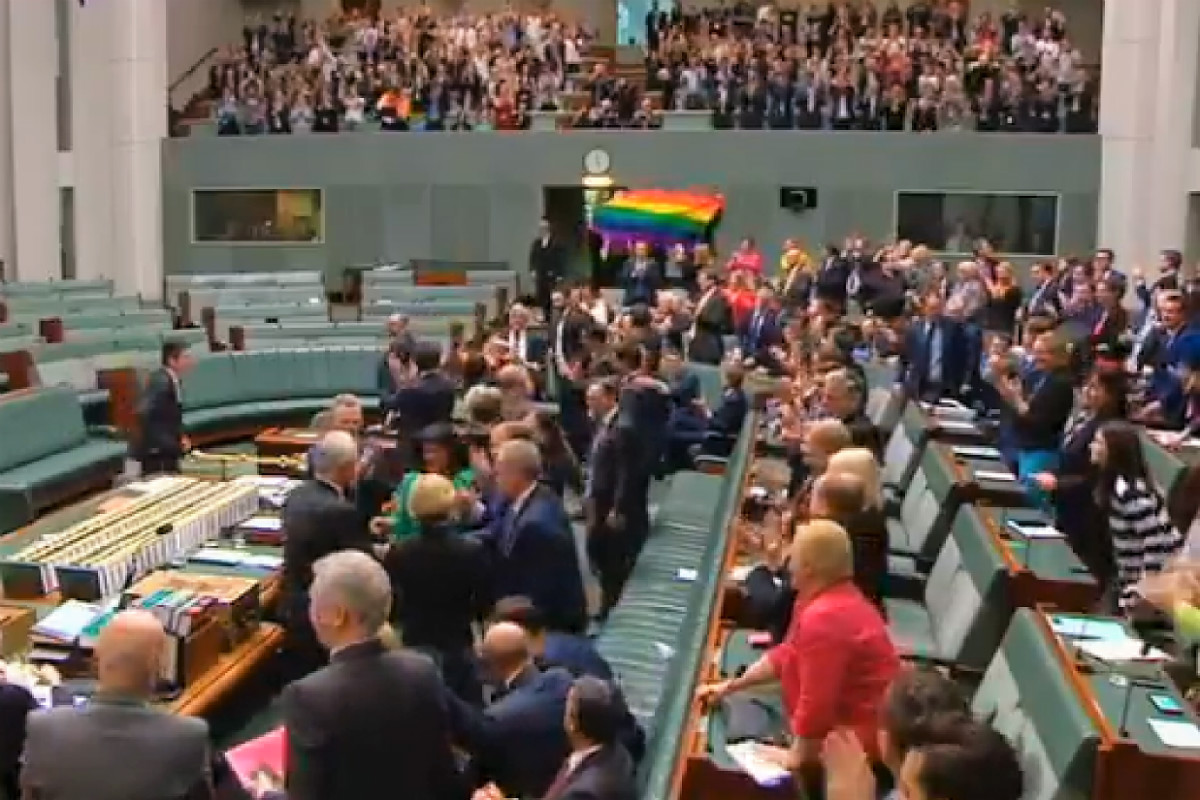 The vote came after a national postal survey where Australians overwhelmingly voiced their support for marriage equality.

It was also notable for passing without any homophobic amendments from more conservative lawmakers, including discriminatory “protections” for religious freedoms.

After four days of debate — and after Senators had already approved the bill — the House of Representatives passed marriage equality. Of the 148 Members of Parliament, 136 voted in favor. It now awaits royal assent before officially becoming law.

“What a day for love, for equality, for respect. Australia has done it,” said Australian Prime Minister Malcolm Turnbull. “This is Australia, fair, diverse, loving and filled with respect. For every one of us this is a great day.”

After it was announced that the marriage equality bill had succeeded, the Parliament erupted in celebration, with some present waving a large rainbow flag. The Parliament’s public gallery then began a chorus of “I Am Australian,” a popular anthem in the country.

Public gallery erupts into chorus of 'I Am Australian' after Parliament votes to legalise same-sex marriage #auspol #SSM pic.twitter.com/uuoePCJamD

There was widespread joy on social media after it was announced that Parliament had voted in favor of equality.

It's a YES! Simply and fairly, #MarriageEquality is now law! Today our country can be truly proud. We did it together! 🎉 pic.twitter.com/lGZgUgSmyL

Today is a momentous day. #MarriageEquality has passed through Parliament, ensuring marriage equality for all.

We believe we can’t be a city for all people unless all people are treated equally. We’re glad everyone in our community is now free to marry the person they love. pic.twitter.com/WHlNYBVuBf

And for an emotional final message, here’s Australian journalist David Marr appearing on The Drum:

"I've managed to live long enough to see this unimaginable thing!" David Marr in tears on #TheDrum as #marriageequality passes the House of Representatives pic.twitter.com/HS6xuFr0Oz