Wisconsin gay priest gets standing ovation after coming out

The Rev. Gregory Greiten hopes to serve as a role model for other priests struggling with their sexual orientation.

By John Riley on December 21, 2017 @JohnAndresRiley 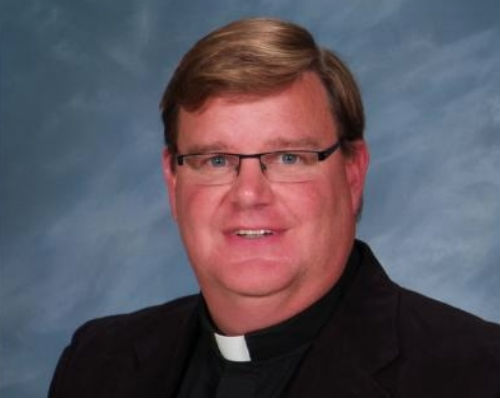 A Roman Catholic priest in Milwaukee received a standing ovation from his parishioners after coming out as gay during Sunday Mass.

The Rev. Gregory Greiten, of St. Bernadette Parish, hopes to serve as a role model for other LGBTQ Catholics, according to the Milwaukee Journal Sentinel.

Greiten also wrote a column explaining his decision to come out, which was published on Monday in the National Catholic Reporter.

Greiten said that he hopes to break the silence of other clergy members who are gay but have not come out for fear of retribution or punishment.

“As a priest of the Roman Catholic Church currently serving in the Archdiocese of Milwaukee, I would like to apologize personally to my LGBT brothers and sisters for my part in remaining silent in the face of the actions and inactions taken by my faith community towards the Catholic LGBT community as well as the larger LGBT community,” he wrote. “I pledge to you that I will no longer live my life in the shadows of secrecy. I promise to be my authentically gay self.

“I will embrace the person that God created me to be,” he continued. “In my priestly life and ministry, I, too, will help you, whether you are gay or straight, bisexual or transgendered, to be your authentic self — to be fully alive living in your image and likeness of God. In reflecting our God-images out into the world, our world will be a brighter, more tolerant place.”

Catholic doctrine currently holds that gay and lesbian Catholics are to have their dignity recognized by the larger Catholic community, although they are expected to remain celibate and not advocate on behalf of causes that run counter to the church’s beliefs on same-sex marriage, the adoption of children by same-sex couples, or transgenderism.

In a rare move for the Vatican, Pope Francis last year admitted that Christians should apologize to members of the LGBTQ community for not being more compassionate, and, in some cases, actively shunning them.

A spokeswoman for the Milwaukee Archdiocese confirmed to the Journal Sentinel that Greiten had spoken to Archbishop Jerome Listecki before making his announcement.

“We support Father Greiten in his own personal journey and telling his story of coming to understand and live with his sexual orientation,” Listecki said in a statement. “As the Church teaches, those with same-sex attraction must be treated with understanding and compassion.”