Ellen skewered the president's son, saying "No one has undermined Donald Trump more than Donald Trump"

By John Riley on January 4, 2018 @JohnAndresRiley 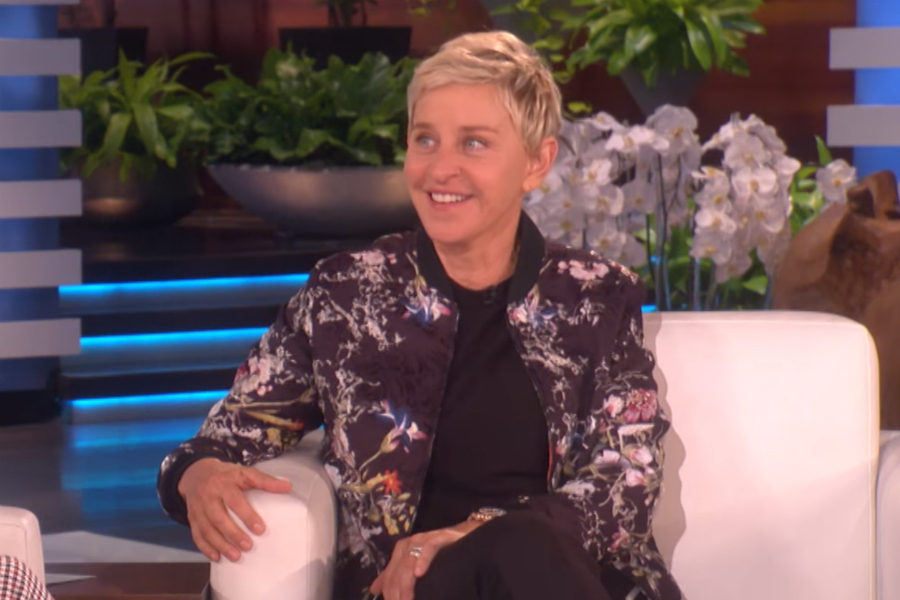 President Trump’s son Eric might want to put away the tin foil hats, for his own sake.

Eric Trump took to Twitter on Tuesday night to accuse the social media platform of trying to undermine his father’s administration with its “suggestions” for who to follow.

Among those suggested by Twitter were former Secretary of State Hillary Clinton, former President Barack Obama, and comedian Ellen DeGeneres.

“Shocking,” the presidential spawn tweeted. “Once again, here are the @Twitter ‘suggestions’ of who I should follow. #DeepState.”

According to Newsweek, the “deep state” conspiracy theory is a popular one on the right, based on the idea that there is a shadow network lurking within the government bureaucracy with the goal of undermining the democratically elected government.

Conservative pundits have suggested that Obama is operating a secondary government from his residence in Washington, D.C. and that Hillary Clinton is operating in the role of “shadow president.” But the inclusion of DeGeneres, a talk show host known best for her attempts to avoid controversy, was laughable to some — not least DeGeneres hereself.

DeGeneres raised the issue on her talk show, saying, “It’s the craziest thing I’ve seen all week, because I saw that movie with the lady having sex with a fish, and this is crazier than that.

“‘Deep State’ is supposed to be a group of people they believe are trying to undermine Donald Trump, which is ridiculous, because no one has undermined Donald Trump more than Donald Trump.”

But DeGeneres wasn’t done there, joking that she was far too busy with the “Gay Agenda” to participate in the “Deep State.”

“I just want to say, Eric, I am honored that you think I’m powerful enough to be part of a government conspiracy. I am sorry to disappoint you. I am not part of the Deep State. Even if someone wanted me to be involved, I don’t have that kind of time. I’ve got my Gay Agenda meetings on Mondays,” DeGeneres said. “On Wednesday, Beyoncé and I host an Illuminati brunch. And then Portia and I, on the weekends, are desperately trying to have a baby. I just don’t have time.”

Twitter users were quick to deride Trump and rally around DeGeneres’ response.

“So…you think the ‘deep state’ makes these recommendations? You think FBI and CIA agents are responsible for Twitter’s suggestion that you follow certain people on Twitter? You should focus more on ‘deep paranoia,'” wrote one user.

So… you think the “deep state” makes these recommendations? You think FBI and CIA agents are responsible for twitter’s suggestion that you follow certain people on twitter? You should focus more on “deep paranoia”

“Ellen handles it with humor and grace, but IMHO Eric Trump is a paranoid idiot to say that,” wrote another user.

Ellen handles it with humor and grace, but IMHO Eric Trump is a paranoid idiot to say that. https://t.co/Jm0se8DC7w

And the insults for Trump just began piling on.

Dang why you hate Ellen

One more reason to love Ellen DeGeneres. @EricTrump really needs to stay under the radar. Better to keep your mouth shut to make people question your intellect. Instead, you choose something like this to remove all doubt. Just face it…You’re simply another Drumpf Dotard! SAD!! https://t.co/UR8vGN19i3

DeGeneres has previously said Donald Trump would not be welcome on her show, even though he is president, because she feels he is divisive and “dangerous” for the country, and for LGBTQ people in particular.

Also Read: Man who used Grindr to rob and assault gay men gets 15 years in prison

John Riley is the local news reporter for Metro Weekly. He can be reached at jriley@metroweekly.com
← Previous Story Man who used Grindr to rob and assault gay men gets 15 years in prison
Next Story → Study: Homophobic states like Texas lose billions from hating gay people