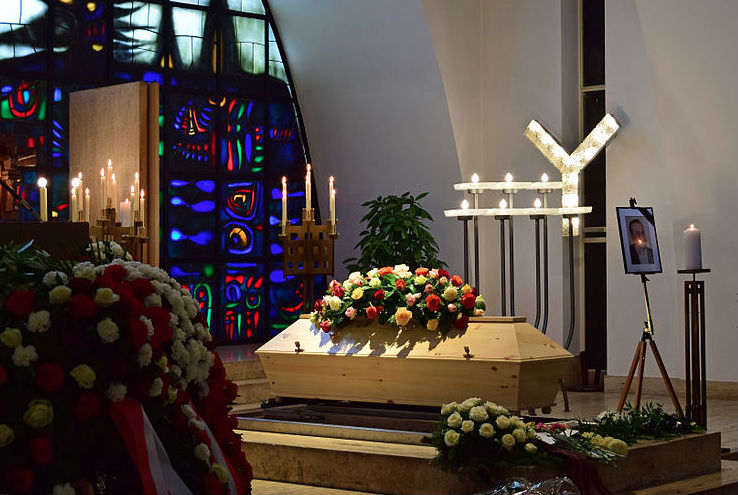 Lambda Legal has announced it will continue with its lawsuit against a Mississippi funeral home that refused to provide funeral services for a gay widower when his husband died in 2016, even though the widower himself has since passed away.

In a press release, the LGBTQ legal organization mourned the death of Jack Zawadski, the 82-year-old widower who sued Picayune Funeral Home in Picayune, Miss., after it turned him away and refused to cremate the body of his dead husband, Robert Huskey.

“Jack was a fighter, willing to sacrifice a great deal by bringing this lawsuit in order to bring dignity to his late husband and to help others,” Beth Littrell, counsel for Lambda Legal, said in a statement. “What happened to him in the wake of Bob’s death is shocking.

“Jack was a courageous man and loving spouse who was plunged into a nightmare when the funeral home operator discriminated against his family in their time of need,” Littrell added. “We mourn his passing and we continue his fight.”

As part of its lawsuit, Lambda Legal, along with co-counsel Robert McDuff, is seeking damages from Picayune Funeral Home’s parent company, Brewer Funeral Services, for break of contract, negligent misrepresentation, and the intentional and negligent infliction of emotional distress.

In lieu of Zawadski, Lambda Legal is now asking the court to substitute Zawadski’s nephew, John Gaspari, as the plaintiff in the lawsuit. It was Gaspari who was forced to disrupt his own life in Colorado in order to find a new funeral home, 70 miles away in Hattiesburg, that would agree to cremate Huskey’s body.

“I couldn’t believe what I was hearing,” Gaspari said, recalling the trouble he had to go through to find a funeral home with an on-site crematorium that could comply with Huskey’s last wishes and help spare Zawadski the stress of having to make entirely new arrangements by himself.

“I had very carefully made all the necessary arrangements with Picayune Funeral Home precisely to spare Jack from additional suffering. Instead of a peaceful passing and a gathering with friends to support Jack in his grief, it became a nightmare, adding immeasurable anguish to Uncle Jack’s loss,” Gaspari said in a statement. “He suffered harassment and abuse after he filed this lawsuit, and he never recovered from losing his husband or from the indignity he suffered from the funeral home operator’s actions. I will miss him terribly, but I find comfort knowing he and Bob are finally together again.”

John Riley is the local news reporter for Metro Weekly. He can be reached at jriley@metroweekly.com
← Previous Story HRC endorses New York Gov. Andrew Cuomo for re-election
Next Story → Creating Change brought LGBTQ rights — and the families demanding them — to Congress