By John Riley on January 24, 2018 @JohnAndresRiley 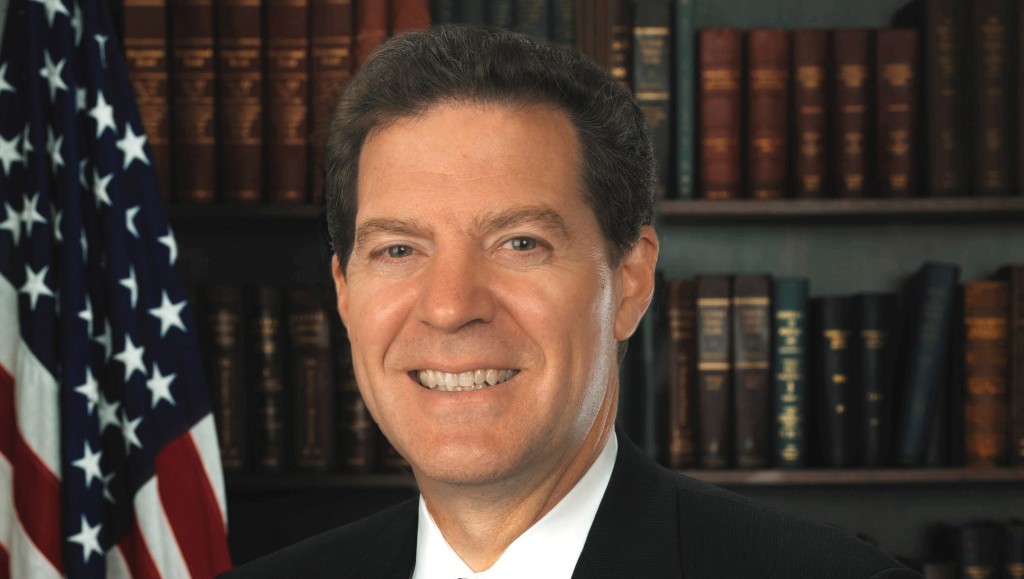 On Wednesday, Vice President Mike Pence voted to break a 49-49 tie to end debate on the nomination of Kansas Gov. Sam Brownback (R) to be the United State’s Ambassador-at-Large for International Religious Freedom, all but ensuring his eventual confirmation to the post.

Brownback, a former U.S. Senator from 1996 to 2011, easily won the support of Republicans, including a number of his former Senate colleagues, on a party-line vote.

In his new position, Brownback will head the U.S. State Department’s Office of International Religious Freedom, where he will oversee efforts to promote religious freedom as a core tenet of American foreign policy.

The office monitors and speaks out against global leaders who promote religiously-based persecution, and recommends policies for countries to adopt to ensure the rights of religious minorities are protected.

Brownback, a former presidential candidate, has amassed a significant record of opposing LGBTQ rights during his political career.

He is a fierce opponent of same-sex marriage, same-sex adoption, hate crime protections, and transgender rights.

As senator, he voted against efforts to ban employment discrimination against LGBTQ people, and eliminated existing protections for LGBTQ state employees when he assumed the governorship.

Brownback changed Kansas state policy to make it nearly impossible for transgender Kansans to change their birth certificates to reflect their gender identity.

He signed a law that forces public universities in Kansas to fund student organizations that discriminate against or deny membership to LGBTQ students under the guise of protecting organizers’ “religious beliefs.”

And he signed an executive order allowing religious organizations in the state to refuse to provide services to same-sex couples.

LGBTQ advocates have noted that the most concerning aspect of Brownback’s elevation to the religious freedom post was his response to a question during his confirmation hearing about whether “religious freedom” could be used as a justification for imprisoning or executing LGBTQ people in nations where homosexuality is criminalized.

Even under pressure from Democratic senators, Brownback refused to provide a clear answer to that question, also failing to explicitly condemn the practice of executing LGBTQ people abroad.

GLAAD, the world’s largest LGBTQ media advocacy organization, denounced the confirmation of Brownback and noted that the new ambassador-at-large has a “distorted” interpretation of what he believes constitutes “religious freedom.”

“There is a vast difference between combating the real and horrific persecution facing religious minorities across the globe and Brownback’s own record of distorting religious freedom to promote anti-LGBTQ discrimination,” GLAAD President and CEO Sarah Kate Ellis said in a statement. “Brownback now joins the ranks of an administration fully committed to promoting religious exemptions as a weapon of discrimination against LGBTQ people and other vulnerable communities.”

“For decades, Sam Brownback has attacked the LGBTQ community and worked to undermine fairness and equality. His extremist, anti-LGBTQ actions should disqualify him from representing the people of the United States,” HRC Government Affairs Director David Stacy said in a statement. “Donald Trump and Mike Pence are stacking the administration with anti-LGBTQ politicians determined to carry out their harmful and discriminatory policies.”