Home / Arts + Entertainment / Stage / Review: On Your Feet at the Kennedy Center

Review: On Your Feet at the Kennedy Center 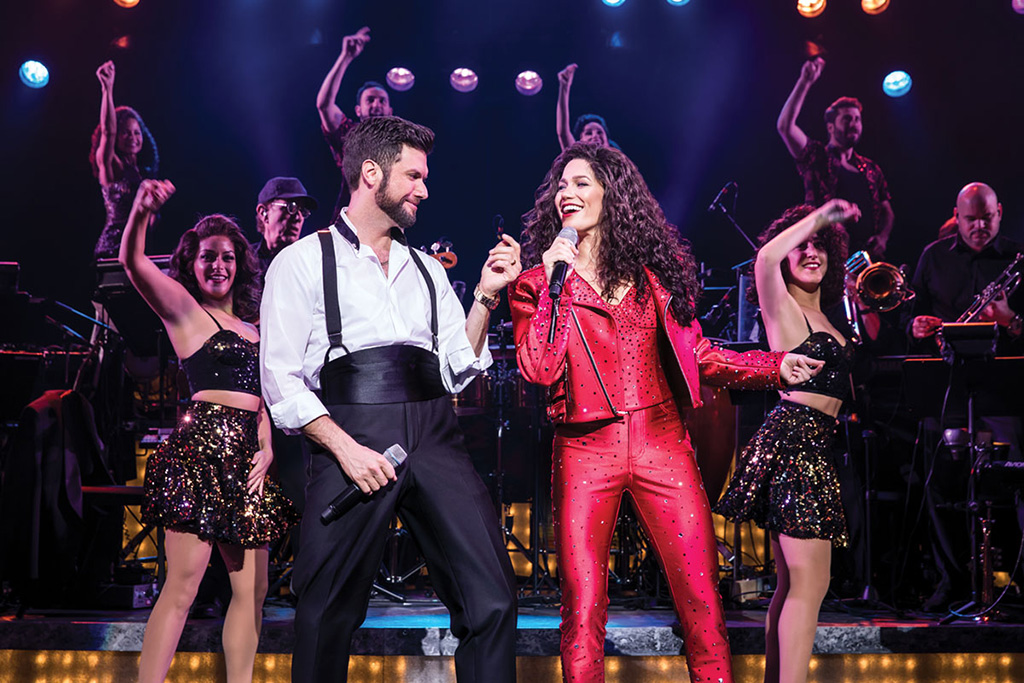 On Your Feet — Photo: Matthew Murphy

Moments before the curtain would rise in the Kennedy Center Opera House for On Your Feet!, a buzz of excitement swept through the crowd. Gloria and Emilio Estefan, whose lives and music had inspired the show, were in the house.

Most of the audience rose to their feet, hundreds of heads craning for a glimpse, as they made their way to their seats as swiftly as the thrilled public would allow. Before the lights had even been dimmed, everything the audience needed to know about the warmth and nerve, savvy and showmanship of the Estefans was right there in that entrance, not grand but show-stopping.

Thankfully, On Your Feet!: The Emilio & Gloria Estefan Broadway Musical (

) a touring production of the Broadway hit, lit up the Opera House with all the verve of its namesake couple.

Directed by two-time Tony-winner Jerry Mitchell, this exuberant jukebox crowd-pleaser finds its groove between current and cornball, while filling the house with vibrant musical numbers choreographed by another Broadway vet, Sergio Trujillo.

The book, by Alexander Dinelaris, who earned an Oscar for co-writing the 2014 film Birdman, zings with humor and a keen understanding of the immigrant experience. Although the plotting doesn’t innovate on the romance and rise of Cuban immigrant songwriter-musicians Emilio Estefan (Mauricio Martínez) and Gloria Estefan, née Fajardo (Christie Prades), there’s persuasive conviction in the storytelling.

A winning combination of Emilio’s brass and Gloria’s earnestness, the two leads generate scintillating chemistry, and lend heartfelt meaning to lines like, “This is what an American looks like.”

Martínez, a Mexican actor and recording artist, finds a strong comic voice for Emilio, rendered here as lovably full of himself, but with all the moxie and talent to back up his bluster, as he, Gloria and their band become the Miami Sound Machine.

Delivering his share of their famous tunes, including a well-placed rendition of “Don’t Wanna Lose You,” Martínez sings with an Aaron Neville-like tenor, and offers a delightfully swaggering portrayal of the determined bandleader. Emilio swept into the lives of Gloria, her nay-saying mother, also named Gloria (Nancy Ticotin), her supportive grandmother, Consuelo (Alma Cuervo), and younger sister, Rebecca (Claudia Yanez), even if he didn’t sweep his future bride off her feet right away.

As Gloria, Prades does the subtle work of transitioning from the singer’s initial, shy resistance to a relationship with Emilio, to confidently assuming a role in their romantic and professional partnership. Moreover, Prades walks the even finer line of singing like Gloria, but conveying her own interpretation of numbers like “Tradición” and “Here We Are.” Her style veers at times a bit show-tune considering the show’s otherwise Latin pop sensibility, but she sustains a command of the character and the stage.

That’s no small feat, as the constantly moving scenery flies around without really providing much of a wow factor, although some of the projections of Havana are transporting. Luckily, Mitchell and Trujillo’s salsa-infused dances — including a definitely wow-worthy performance of “Mi Tierra,” led by Ticotin’s Mama Gloria — often work to cover the busy maneuvering of the walls and windows. 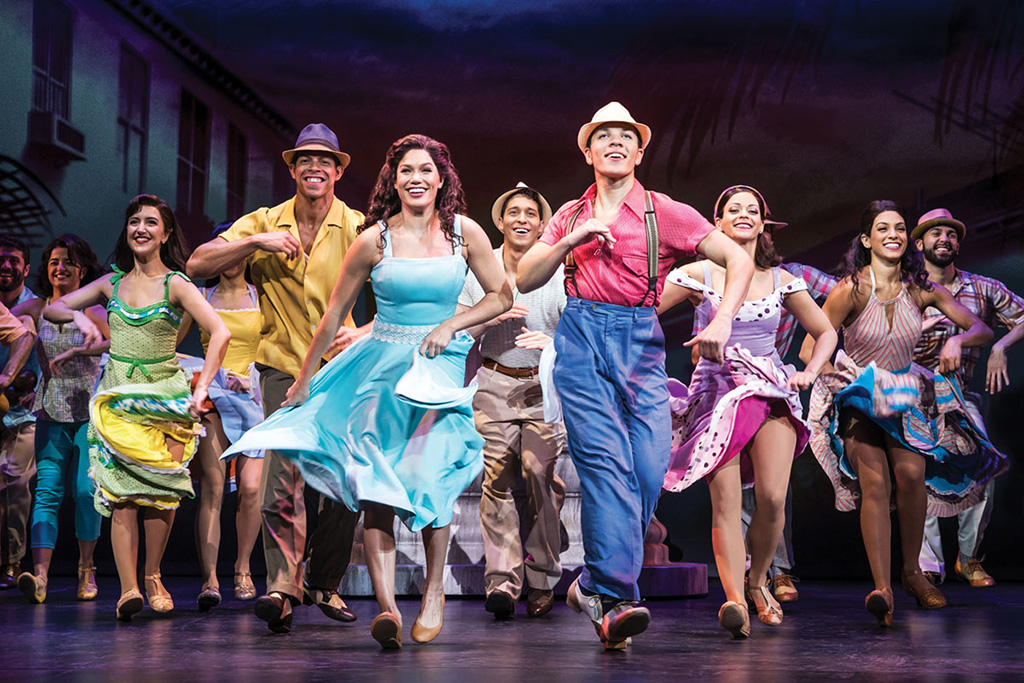 On Your Feet — Photo: Matthew Murphy

Also, the tight band, wonderful comic timing of Cuervo as Gloria’s grandma, and the impressive footwork of young hoofer Kevin Tellez (alternating performances as Young Emilio and other roles) make up for a lot of distracting set design.

Moreover, the cast as a whole transmits the well-known, and heretofore unknown, beats of the Estefans’ bio in a soulful, expressive package that’s smart and concise. Depicting the couple’s early days shaking their congas at bar mitzvahs and weddings, followed by marriage, parenthood, global superstardom, and the devastating bus accident that almost ended it all, the ensemble maintains the same infectious energy and positivity in the face of struggle that’s reflected in so much of the music.

That earnestness in Gloria Estefan’s lyrics and delivery, her willingness to be direct and open-hearted, has helped bring her and Emilio much success. The company of On Your Feet! clearly get, and certainly communicate, the principal qualities that inspired these artists who, in turn, inspired millions of fans and this entertaining take on their hit-making career.

André Hereford covers arts and entertainment for Metro Weekly. He can be reached at ahereford@metroweekly.com. Follow him on Twitter at @here4andre.
← Previous Story Richard Thomas on The Humans, the legacy of John-Boy Walton, and the monstrosity of It
Next Story → Review: “The Humans” at the Kennedy Center