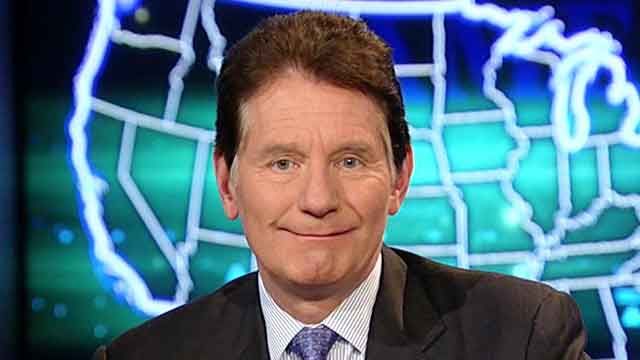 Fox News’ executive editor said on Thursday that the U.S. team is too gay to win anything at the 2018 Winter Olympics.

Executive editor and vice president John Moody wrote an op-ed responding to a Washington Post article that the team is still “overwhelmingly white.”

“The motto of the Olympics, since 1894, has been ‘Faster, Higher, Stronger,'” Moody wrote. “It appears the U.S. Olympic Committee would like to change that to ‘Darker, Gayer, Different.’ If your goal is to win medals, that won’t work.”

Moody also slammed USOC director Jason Thompson for promoting the diversity and inclusion of the athletes traveling to South Korea, saying that Thompson had an “embarrassing laundry list of how many African-Americans, Asians and openly gay athletes” there are.

“No sport that we are aware of awards points – or medals – for skin color or sexual orientation,” Moody wrote. “‘Faster, Higher, Stronger’ still works better than ‘we win because we’re different.’”

According to the Post, only 20 of the 243 athletes are African or Asian-American, while the majority of the other athletes are white.

As of publishing, the article has been removed from the Fox News website.

Figure skater Adam Rippon, the first openly gay athlete to qualify for the Olympics, made headlines recently for challenging the selection of Vice President Mike Pence to lead the U.S. delegation to the Olympics.

Rippon objected to being lead by a man with an extensive anti-LGBTQ record and one who believes in conversion therapy.

“You mean Mike Pence, the same Mike Pence that funded gay conversion therapy? I’m not buying it,” he said to USA Today.

Rippon also said that he would refuse an invitation to the White House because he wouldn’t “be welcome there.”

Freestyle skier Gus Kenworthy also called Pence a “bad fit” to lead the delegation in the opening ceremonies on The Ellen Show.

This week, Pence called the accusations made against him “fake news” in a series of tweets.

The Opening Ceremonies of the Olympic Games will premiere Friday on NBC.