Review: Tyler, the Creator unleashes Flower power at the Anthem

Though nursing a cold, the co-founder of Odd Future delivers an outstanding solo show 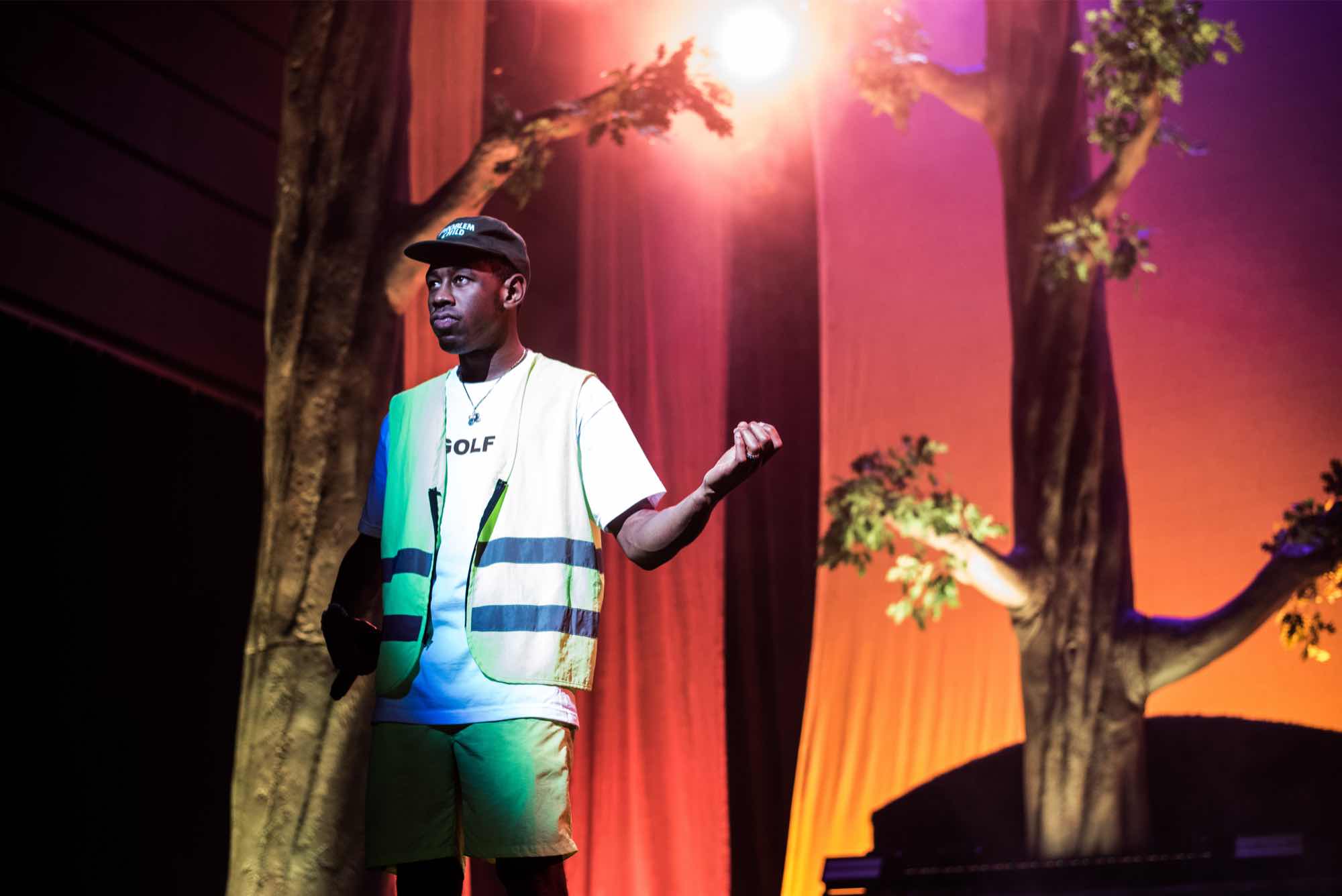 Tyler, the Creator – Victoria Ford/Sneakshot for The Anthem

Tyler, the Creator started his Sunday night show at The Anthem in Washington, D.C., with an apology. “I’m not gonna lie,” the controversy-courting rapper, and co-founder of hip-hop collective Odd Future, said to the crowd. “I’m sick, my voice is gone. I’m trying.” And yet, his voice betrayed no significant wear as he tore through much of his self-produced, Grammy-nominated 2017 release, Flower Boy.

Tyler worked the “tree-lined” stage solo, his hype man and DJ both banked to the side. Performing to tracks, he emphasized his profane punchlines with roars and shouts on hits like “Who Dat Boy,” but also mellowed out for smooth sing-alongs of Flower Boy’s R&B-inflected singles “Boredom” and “See You Again.”

Tyler sounded surprisingly mellifluous at times, and his rapping was on point, even if he did, by his own admission, almost miss a cue to start up a song.

That would be the only misstep made by the rapper, who has evolved publicly from defending his use of the word “faggot” in his lyrics to keeping fans and the press guessing about his sexuality by including lyrics many perceived as homoerotic on tracks like “I Ain’t Got Time.” Whomever he’s courting, Tyler famously registered his support for fellow Odd Future collaborator Frank Ocean, who openly identifies as bisexual. He generally conveys an attitude that he doesn’t care too much what folks think about it, anyway.

Tyler maintained a relaxed, big bro vibe with the eager crowd. They thrilled to throwback performances of the Afro-Latino banger “Tamale” and darkly atmospheric “IFHY,” both off his 2013 album Wolf. They joined him for an a capella bar of “911/Mr. Lonely” before he took the reins, and they moshed like mad during a spin through “I Ain’t Got Time” that gleefully extended the song’s opening tease of the Bel-Sha-Zaar sample made famous by Deee-Lite’s “Groove Is in the Heart.” 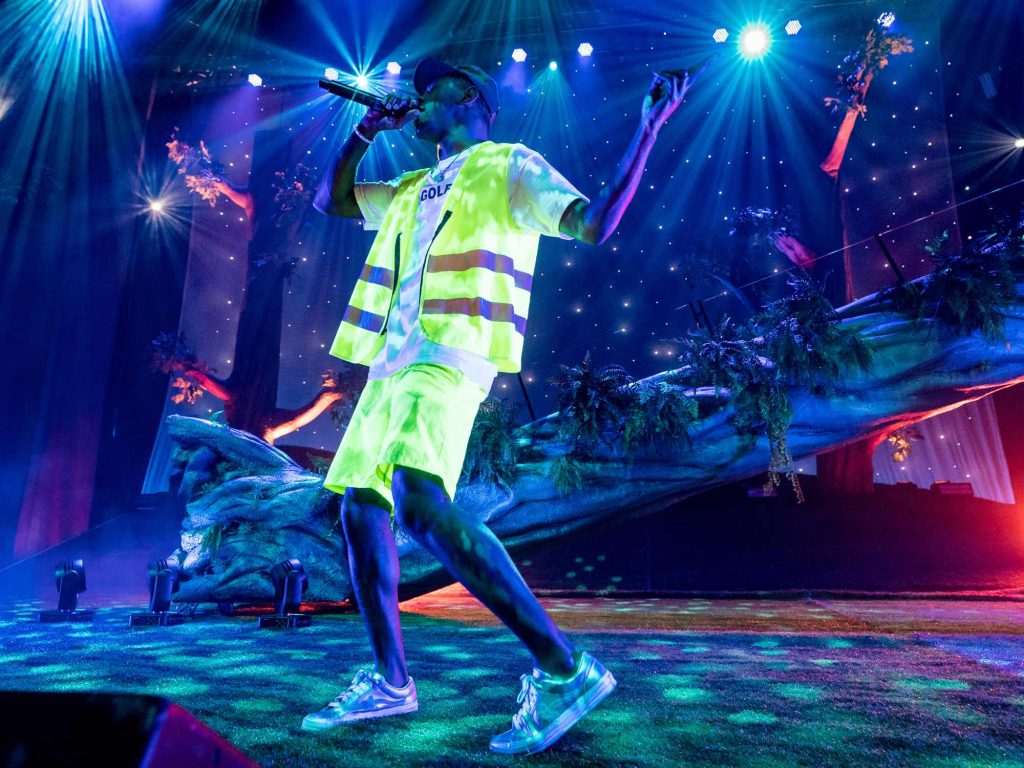 Tyler, the Creator – Photo: John Shore for The Anthem

“We’re going to dance/and have some fun,” the sample proclaims, and Tyler delivered. Clad in a neon yellow safety vest and shorts, his glow-in-the-dark bonhomie was in stark contrast to the evening’s bulletproof vest-wearing opener, rapper Vince Staples, whose brief set felt a bit serious (though he succeeded as a party starter for the main event). Staples’ sharp flow and deep dance beats helped loosen limbs and plant seeds for the Flower power that later bloomed.

Tyler, the Creator’s tour continues around the U.S., including dates in Detroit (Feb. 27), Chicago (March 2), and Los Angeles (April 11). He’ll hit the spring/summer music festival circuit with appearances at Coachella, and throughout Europe and South America.

André Hereford covers arts and entertainment for Metro Weekly. He can be reached at ahereford@metroweekly.com. Follow him on Twitter at @here4andre.
← Previous Story Gay Men’s Chorus of Washington: The Holiday Show
Next Story → Alessia Cara, Troye Sivan and MAX to headline Capital Pride