By John Riley on February 5, 2018 @JohnAndresRiley 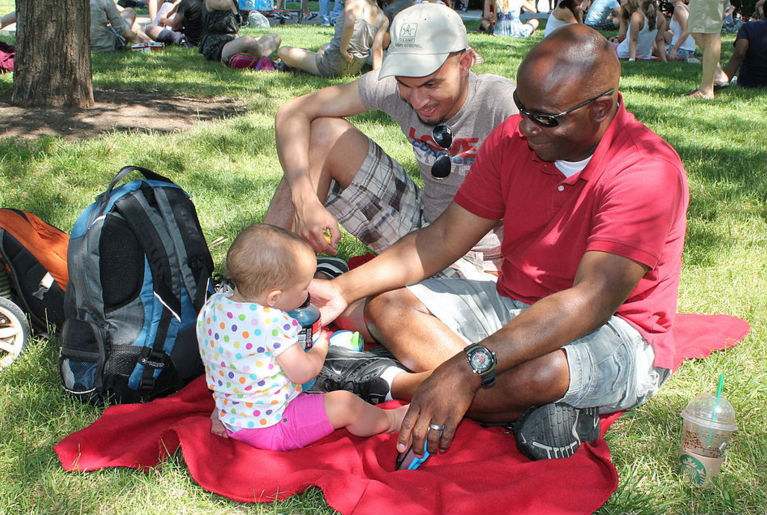 A recent survey by the Human Rights Campaign reveals that LGBTQ people would benefit from more robust and inclusive family, parental and medical leave policies, which many of their employers lack.

The availability of LGBTQ-inclusive policies varies based on industry, with 64% of people who work in the financial services sector saying their employer has inclusive policies, followed by workers in the technology and nonprofit sectors, at 55%.

About half of all LGBTQ people in education, government, business or health care work for employers with inclusive policies, but only 45% of those in retail and 32% of those in hospitality or food services can say the same.

In total, 88% of respondents to HRC’s survey have previously taken or considered taking leave, or anticipate having to do so in the next five years.

But, due to the lack of policies at work, many are forced to use sick days, vacation days, unpaid leave, or even quit their jobs if they wish to have time off from work.

As a result, 65% of LGBTQ people said that when they took some form of leave, they took less than they wanted or needed.

One in five respondents to HRC’s survey said they would be afraid to request time off to care for a loved one for fear of being “outed” as LGBTQ. And, when compared to the overall U.S. population surveyed in a Pew Research Center poll, HRC respondents reported heightened concerns about accessing leave, including fear of loss of income and possible workplace retaliation if their LGBTQ identity was revealed.

“No one should have to choose between who they are, the people they love and the job they need,” Mary Beth Maxwell, HRC’s Senior Vice President for Programs, Research, and Training, said in a statement. “As the only developed nation in the world without some form of guaranteed paid leave policy, American workers, including LGBTQ employees, are too often forced to either forego their income or leave their job entirely to treat an illness, care for a loved one, or grow their family.

“Increasingly, forward-thinking employers are offering paid leave because it’s good for families and businesses both,” Maxwell added. “These survey results underscore the urgent need for paid and inclusive leave policies for LGBTQ workers of all ages and in every field.”

HRC’s report of its survey results also includes personal stories from LGBTQ workers who have been denied leave because of their sexual orientation or gender identity. The report also includes recommendations for more inclusive policies, both internally at various workplaces and at the federal state, and local legislative levels.

“My wife had a hard time at work when she went to her supervisors to request parental leave,” recounts one bisexual survey respondent from the Northeast. “She’s a police officer and they kept asking her if she was adopting or how she could possibly be having a child without being pregnant. Meanwhile, many of her male coworkers took leave when their wives gave birth and didn’t get questioned in the same way.”

A transgender man who works for state government from the Western United States recounts how he was, luckily, able to take off enough time to take care of his spouse, who had suffered a traumatic brain injury that required several months of in-patient hospital care. But he also notes that his situation is unique, particularly when compared with others in the LGBTQ community.

“I recognize my experience has probably been significantly better than others facing a similar medical challenge who are not living or working in areas where such benefits are the norm,” he says. “We still have much work to do to even the field for LGBTQ people who may need to take time away from work to care for their spouse or partner.”

John Riley is the local news reporter for Metro Weekly. He can be reached at jriley@metroweekly.com
← Previous Story HRC endorses Kirsten Gillibrand for re-election in 2018 midterms
Next Story → Donald Trump refuses to sign statement supporting marriage equality and transgender rights