By John Riley on February 2, 2018 @JohnAndresRiley 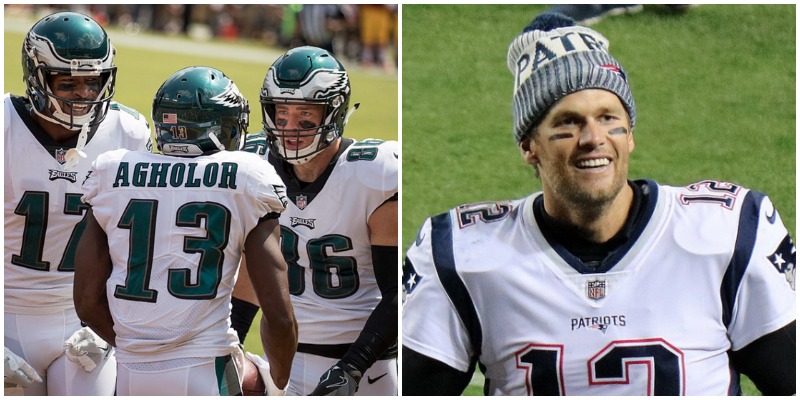 When Super Bowl LII kicks off on Sunday, it’s probably best to be wearing green and white if you enter any gay bar that might be showing the game, according to a recent survey by gay social app Hornet.

According to Hornet, nearly 40% of its users who participated in its survey are cheering for the Philadelphia Eagles, who are enjoying a fantastic season despite the loss of their starting quarterback Carson Wentz.

That’s double the 20% of Hornet users who said they’re rooting for the New England Patriots, who are making their 10th Super Bowl appearance of all time, and their eighth under the leadership of 40-year-old quarterback Tom Brady and coach Bill Belichick. Brady and Belichick have won five championships together, and a six would tie the Patriots with the Pittsburgh Steelers for the all-time record in the NFL.

However, when it comes to which team has the sexier quarterback, the tables are turned, with 45% of Hornet users preferring Brady over Philadelphia’s backup quarterback Nick Foles, whose preferred by only 24%.

The Eagles edge out the Patriots when it comes to whose uniform they like more, with 37% favoring the Eagles’ green-and-white uniforms and 34% liking the Patriots’ blue-and-white uniforms. However, the Patriots will not be wearing their trademark “home” uniforms in the Super Bowl, even though they will be technically considered the “home” team when the game kicks off at US Bank Stadium in Minneapolis, Minn. on Sunday. Instead, they’ve opted to wear their white “away” jerseys for the game.

(There’s a bit of superstition behind this choice: 12 of the last 13 Super Bowl winners were wearing their white “away” jerseys when they played.)

Finally, 35% of participants would prefer Janet Jackson to perform alongside Justin Timberlake in this year’s halftime show versus having Timberlake perform solo. The last time the two performed together at a Super Bowl halftime show was in 2004, during a Super Bowl featuring the Carolina Panthers and the New England Patriots.

During that performance, Timberlake ripped off part of Jackson’s shirt, exposing her breast, introducing the world to the term “wardrobe malfunction” and engulfing the two performers in a political debate over the role of the FCC and policing perceived “indecency” in broadcasting. The controversy still lingers to this day, indicating that a Jackson appearance during Timberlake’s show could spark greater interest and potentially drive TV ratings through the roof.