By John Riley on March 3, 2018 @JohnAndresRiley 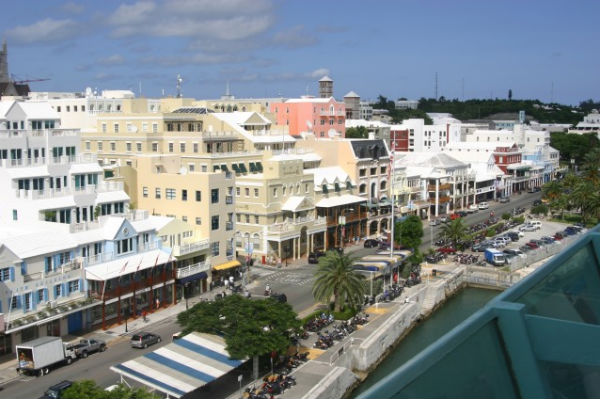 Bermuda’s home affairs minister, Walton Brown, has announced that the British island territory’s repeal of marriage equality will be delayed an additional three months, meaning same-sex couples will be able to marry until the end of May.

The country’s parliament passed legislation in December to repeal marriage equality and replace it with domestic partnerships for both same-sex and heterosexual couples. The territory’s Supreme Court legalized same-sex marriages last May, sparking outrage from social conservatives hellbent on reversing the decision.

Under the legislation, which was signed into law in February, those who enter domestic partnerships will purportedly be able to enjoy the same rights and responsibilities as those who are married. Additionally, those who were already married prior to passage of the domestic partnership law will retain the title of “married,” and will not lose any of the rights they currently enjoy.

Brown said the domestic partnership law will kick in starting on June 1, in order to allow same-sex marriages that were previously planned on the island, or on island-registered ships, to move forward. Same-sex couples will no longer be able to apply for a marriage license after May 12.

Brown’s remarks come as MP Patricia Gordon-Pamplin noted the budget drop in expected maritime licensing fees for the upcoming fiscal year, from $200,000 to an estimated 150,000 for 2018-2019, reports The Royal Gazette. Gordon-Pamplin had questioned whether the island’s decision to refuse to allow Bermudian-registered ships to conduct same-sex marriages was fueling the downturn.

A recently launched Care2 petition has asked the popular travel website TripAdvisor to issue a warning on its website that Bermuda has recently passed anti-LGBTQ legislation. The petition has gathered over 6,000 signatures.

Those circulating the petition hope that a travel advisory highlighting the anti-LGBTQ law will encourage people to protest the law by traveling and spending money elsewhere, whether for vacations or destination weddings.

If people decide to cancel or not to book vacations as a result of the repeal, it could potentially have a detrimental effect on the island’s tourism industry. In 2017, tourism contributed $431 million to the island’s economy, according to a report from the Bermuda Tourism Authority’s Research and Business Intelligence team.

“In 2018, there is no excuse for discrimination, and companies like TripAdvisor have a responsibility to indicate to LGBTQ travelers about risks they may face at the hands of queerphobic governments,” Sarah Rose, the author of the Care2 petition and Care2’s Senior LGBTQ Issues Advocate, said in a statement. “Bermuda is no exception, and my Care2 petition is urging TripAdvisor to recognize that. … Travelers should know where they are welcome, not only for their safety but so they can support destinations that embrace them for who they are.”

Meanwhile, a gay Bermuda resident, Rod Ferguson, has filed a lawsuit with the Supreme Court challenging the legality of the repeal law. Chief Justice Ian Kawaley is scheduled to hear the case on May 21 and 22.

GLAAD has previously called on the cruise industry to apply pressure to the island territory by supporting efforts to block the legislation or expressing their support for Ferguson’s lawsuit.

“The repeal of marriage equality in Bermuda is a demeaning and unnecessary strike against loving and committed LGBTQ couples in Bermuda as well as others around the world who would consider vacationing there,” GLAAD President and CEO Sarah Kate Ellis said in a statement. “This small walk-back by the Bermudian government to accommodate previously-planned weddings shows that pressure from the tourism industry could have tremendous power if they collectively speak out for marriage equality.”

John Riley is the local news reporter for Metro Weekly. He can be reached at jriley@metroweekly.com
← Previous Story Anti-gay presidential ad in Russia uses homophobia to scare voters to the polls
Next Story → Italian male escort exposes 40 priests in file sent to Vatican