Capital Pride opens up nominations for Hero Awards and other honors

Nominations for awards, presented annually at Heroes Gala in Mid-May, must be submitted by March 23

The Capital Pride Alliance has opened nominations for a slew of individual honors that will be awarded to deserving LGBTQ and allied individuals at Capital Pride’s annual Heroes Gala.

At the gala, which is held annually around Mid-May, the Capital Pride Alliance likes to recognize individuals or organizations from the greater D.C. metropolitan area who have made significant contributions to the LGBTQ community or the celebration or Pride in the nation’s capital.

Families, friends, colleagues and allies are encouraged to nominate those whose contributions have been “exceptional,” and have made a positive impact on the lives of others. The deadline for submitting nominations, which will be accepted online through Capital Pride’s website, is Mar. 23.

In addition to the Hero Awards, Capital Pride typically issues other honors. Engendered Spirits are those individuals who have been outstanding advocates, activists, and supporters of D.C.’s LGBTQ community. The Larry Stansbury Award honors an individual or organization that has provided “exemplary contributions” to the Pride movement. The Bill Miles Award honors individuals who have provided outstanding volunteer service with Capital Pride. And the Paving the Way Award honors those in public life who have shown courage and leadership in helping to advance the cause of LGBTQ+ rights.

All honorees will be recognized at the 2018 Heroes Gala, and at the Capital Pride Parade, which is scheduled for Saturday, June 9. Engendered Spirit award winners will also be honored at Capital Trans Pride, on Saturday, May 19.

“Every year we look forward to receiving the award nominations, because they show the depth and breadth of experience, talent, and dedication in the LGBTQ+ community in the Nation’s Capital,” Ryan Bos, the executive director of the Capital Pride Alliance, said in a statement.

“One of the highlights of Pride is honoring amazing individuals who and organizations that have been recommended by members of the community,” Bos added. “We encourage everyone to nominate a person or organization they believe deserves recognition.”

For official nomination forms, along with a list of criteria for the various awards, visit capitalpride.org/honorees/nominate.

The pageant is demanding Louw Breytenbach and his agent apologize and retract past statements stemming from contract dispute. 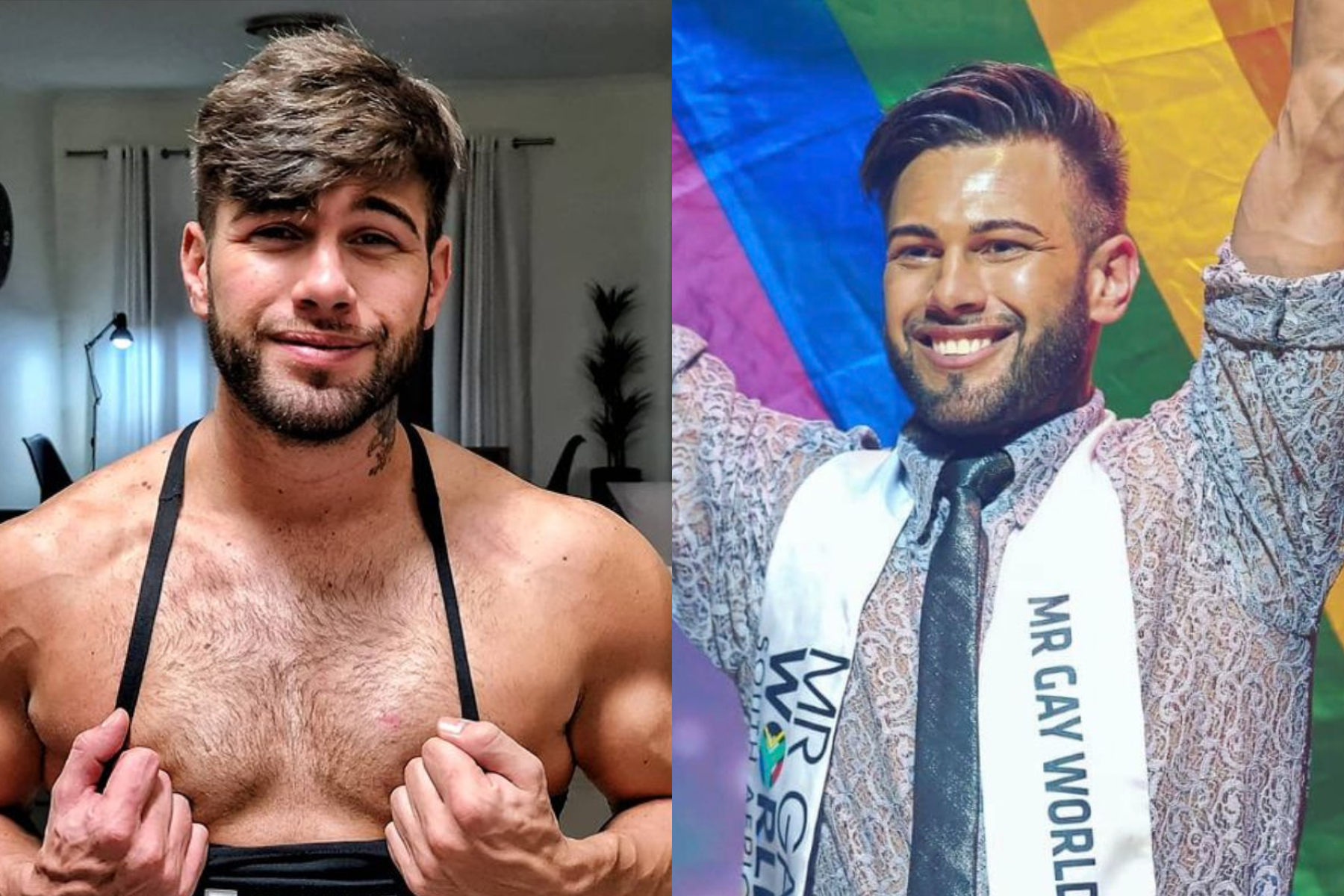 Former Mr. Gay World winner Louw Breytenbach has been slapped by the pageant with a public gag order after he made disparaging statements regarding his short tenure as a titleholder.

The situation began in 2021 when Breytenbach, a former Mr. Gay South Africa, won the title of Mr. Gay World, but refused to sign the final contract making the Mr. Gay World organization his exclusive agent. He had already had a successful TV agent and wanted to keep the two separate.

"I don’t need them to manage whatever TV opportunities I get," he told media outlet The Citizen. "My suggestion was that they manage me based on opportunities pertaining to the pageant and my role as Mr. Gay World."