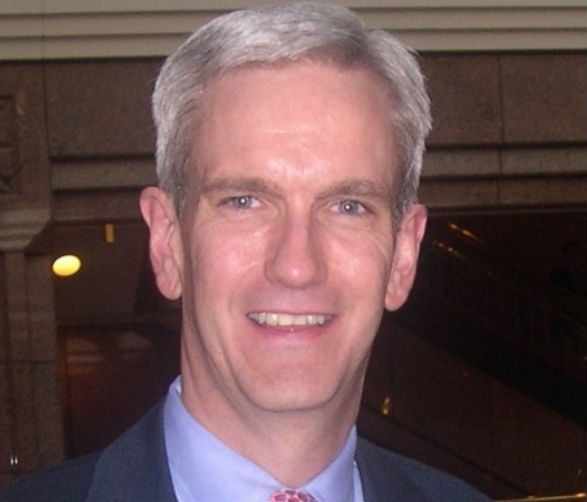 The Connecticut Senate has voted down the nomination of a judge who would have been the first openly gay Chief Justice of the state’s Supreme Court, causing some to accuse detractors of latent homophobia.

Andrew McDonald, an associate justice on the court, was nominated for the position of chief justice by Gov. Daniel Malloy, but ran into opposition in the closely-divided legislature, reports NBC Connecticut. Specifically, Republicans and conservative Democrats objected to his opposition to the death penalty and claimed that he was “legislating from the bench” in some of the decisions he made as an associate justice.

McDonald’s nomination was also likely hampered by Malloy, whose approval rating is dismal and who is openly despised by Republicans for his economic platform, involving tax increases and what the GOP sees as wasteful spending, such as Connecticut’s system of public transit busses. But opposition to McDonald was primarily driven by a vote he took to eliminate the death penalty.

The first warning sign came when the House, which Democrats control 80-71, voted to approve McDonald’s nomination by only one vote, as pro-death penalty Democrats bucked their party’s leadership.

Next, came the Senate, divided evenly between the parties at 18 seats each, where McDonald would need Republican votes a Democratic senator recused herself from the vote. Eventually, another Democrat voted with Republicans to ensure the justice’s defeat.

“No legislative leader, let alone a member of the Connecticut bar, has nitpicked, parsed, and deconstructed the decisions of a sitting judge more than [Republican leader] Senator Fasano did today,” Malloy said in a statement. “His overtly political behavior and his desire to focus on the outcome of decisions rather than the qualifications of the nominee is the very antithesis of how legislators should handle judicial nominations.

“It is now an undeniable fact that Andrew McDonald has been treated differently than others who came before him,” added Malloy. “It begs the question, what is different about Justice McDonald that so concerns Connecticut Republicans?”

“The bridge is finally connected between Washington Republicans and Connecticut Republicans based on all 18 state Senate Republicans all voting no on a qualified candidate. It’s totally unprecedented,” Senate Majority Leader Bob Duff (D-Norwalk) said in a statement. “This shows that they are basically bear-hugging the tactics of the Trump administration and U.S. Senate Majority Leader Mitch McConnell down in Washington. There’s a lot of constituencies out here who will not forget.”

But Republicans insisted there was no homophobia influencing their decision. Sen. Len Fasano (R-North Haven), the chamber’s minority leader, reiterated concerns that McDonald is a judicial activist who regularly oversteps the bounds of his power. He also said he was disgusted by robocalls and TV ads that aired prior to the vote accusing GOP senators of being anti-LGBTQ.

“We didn’t push back or fight it because to me it’s just noise,” Fasano said. “Most people who make those arguments make them because they have not analyzed the case and it’s an easy fallback position.”

Sen. Toni Boucher (R-Wilton) also objected to the unfair characterization of her “no” vote, noting that she voted to approve McDonald’s appointment as an associate justice, and had enjoyed a positive working relationship during McDonald’s tenure in the Senate. But she said she had heard criticisms from many quarters that McDonald was unqualified to be chief justice, and that he would be unable to serve as a consensus builder on the court.

“I am deeply disappointed by accusations that my vote on Justice McDonald’s appointment would have anything to do with his sexual orientation,” Boucher said in a statement. “During my time in the legislature, my support for measures to uphold the rights of LGBTQ individuals has been informed by my own experiences with this community, particularly within my own family. This is why I worked to include sexual orientation in our state’s anti-discrimination statutes when I was in the House. In the Senate, I voted for legalizing same sex marriages and co-sponsored legislation to prohibit the use of conversion therapy.”

She concluded: “Anyone claiming that prejudice against LGBTQ individuals had anything to do with the March 27 vote clearly does not know me or my record.”

McDonald took to Facebook to post that he would not be confirmed, apologizing to supporters and to the LGBTQ community, particularly youth, who might be disheartened by his failure, reminding them that setbacks in life can become a source of strength.

“The enormous honor of leading the Connecticut judiciary as an independent and coequal branch of government will now fall to another. I am confident that the judges and staff of the Judicial Branch will show that nominee the same level of collegiality and assistance that has been shown to me,” McDonald wrote.

“In this turbulent personal moment, I don’t know what the future holds for me. I do know, however, that I will face it secure in the love and affection of my husband, Charles, and an amazing group of friends and family that I cherish, never more than I do today.”