If you come to "Don Carlo" just to listen to the singing, you won't be disappointed.

The Washington National Opera’s Don Carlo (★★★), shared with Opera Philadelphia and Minnesota Opera, delivers Verdi’s musical beauty, but never quite surmounts the challenges of the storytelling. It’ll be no deal breaker for the opera lover who just wants to hear a classic done well, but for anyone dipping a toe, it pays to come prepared: it will excite the heart and mind more through the music than the drama of Don Carlo’s story. To be clear, this is less the fault of the production, which is solid, than the challenge of Verdi’s diffuse approach to this tale from a troubled royal Spanish court.

The key ingredients are all here: a cruel king and father, thwarted lovers, a dangerous Grand Inquisitor, rebelling factions — more than enough for the usual opera to make hay with. But, somewhat unusually, Verdi gives so much prime time to side-characters, such as Don Carlo’s close friend Rodrigo and the unrequited Princess Eboli, there isn’t quite enough space left for his leads. Without more emphasis on the wants, needs and motives of Don Carlo, his father King Philip II and love interest Elisabeth, too much emotional focus is lost.

It starts with Don Carlo himself. Previously betrothed to Elisabeth, he is in agony over his father’s brazen decision (as newly-crowned king) to make her his queen. It’s an explosive premise, but it never gets a true reckoning. And it goes off-piste almost immediately: in his first moments alone with Elisabeth after the wedding, instead of upping the ante by showing that the two are still very much in love, Verdi makes Elisabeth aloof (as she adjusts to her new role) and Don Carlo — quite literally — is overcome with grief. It’s a pivotal scene that should set the emotional tone and yet it plays oddly, not least because the hero faints.

Also problematic is Carlo’s father, King Philip II. Quickly established as a harsh leader and father, he demonstrates plenty of ruthless ruling. But when he finally gets his moment of angst in a tense meeting with The Grand Inquisitor as he prepares to condemn his son, we never learn anything of why he has been so cruel and heartless to his child. Carlo may be angling to lead rebellious factions, but his father’s rejection long predates that, not least with the stealing of his girlfriend. And if The Grand Inquisitor is given the kind of sinister musical themes reserved for the best of operatic villains, in the end he doesn’t get up to all that much besides a few vague threats and some arm’s length religious persecutions. It’s small operatic potatoes for a character with so much potential.

Thus, we learn very little of what makes the most interesting characters here tick and neither to they actually do all that much. Case in point is the suggestion that killing King Philip might solve a few problems — but the idea is quickly dropped without due. It might be a tad hackneyed, but an assassination attempt would have been far more compelling than the reason Carlo does get imprisoned. The one exception is Princess Eboli, who makes all kinds of trouble (off stage) before finding catharsis in rejecting the role of spurned and vengeful woman. But she stands alone in her revelations.

It’s a lot for any production to overcome, and director Tim Albery makes the best of it by drawing strong individual performances. But his boldest act — seeing Don Carlo as an angster on the road to a suicide — raises more questions than it answers. And it’s a particularly tough sell with this Carlo, sung by Russell Thomas. Cutting an impressive figure who emotes with understatement – and sings with a confident, expressive and attractive tenor, Thomas seems far too self-possessed to be travelling with such inner-turmoil. Yes, suicides are often surprises, but in an opera where everything is painted for the nosebleed seats — we needed far more of an indicator that this was a soul who sees himself increasingly without options.

Taken together, all these elements leave an uneasy balance between the music and the drama and in the end, it’s the music that delivers. If the first act is rife with martial pomp and fury, the second brings long, keening interludes as more of the characters begin to lament their respective lots. It’s a score of stunning scope and depth, with full-orchestra flurries leading to strident stops one minute and deeply rich and searching string movements the next. It’s an excitable breadth that presages the likes of Benjamin Britten. The mood blends nicely with a set that captures something betwixt and between late Deco patterns and the gloomily municipal.

The vocal highlights here come with Jamie Barton’s credibly highly-strung Princess Eboli, using her mezzo-soprano with much expressive power. Eric Owens gives his King Philip II the right amount of steely-eyed gravitas and sings his man with charisma, if not total comfort. As Carlo’s confidant Rodrigo, Quinn Kelsey is the best actor here, bringing a sense of a dimensional man, and his baritone is rich and expressive. As The Grand Inquisitor, Andrea Silvestrelli savors every word with a powerful, growly bass. But for the sheer vocal beauty and power-on-demand, soprano Leah Crocetto’s Elisabeth makes the night. If you can’t see the tragedy, at least you can hear it in her majestic sound. 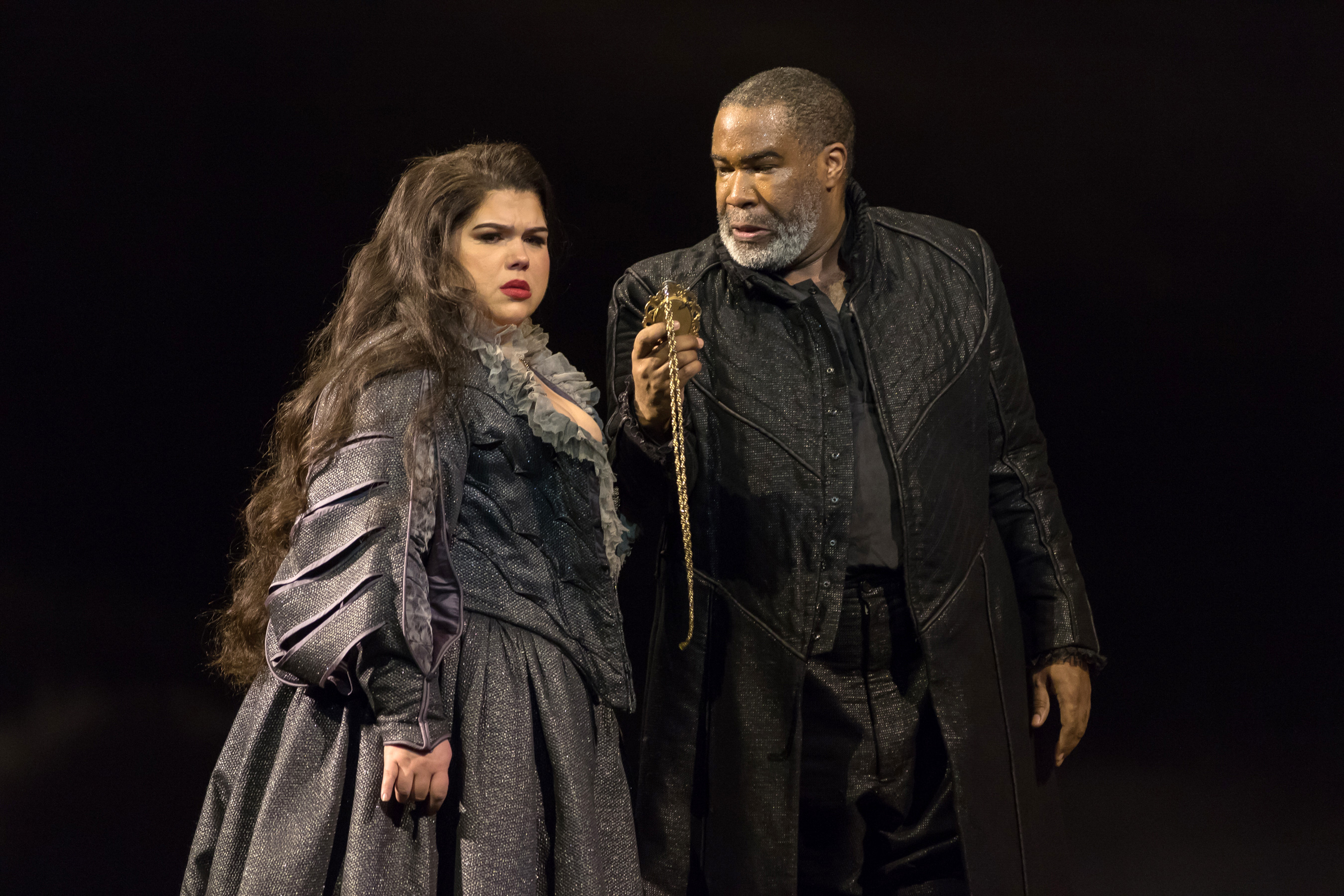