Bonnie Morris: “We have a generation of kids raised on pro-America, anti-feminist rhetoric”

Professor Bonnie J. Morris returns to D.C. with a timely new book on the history of feminism 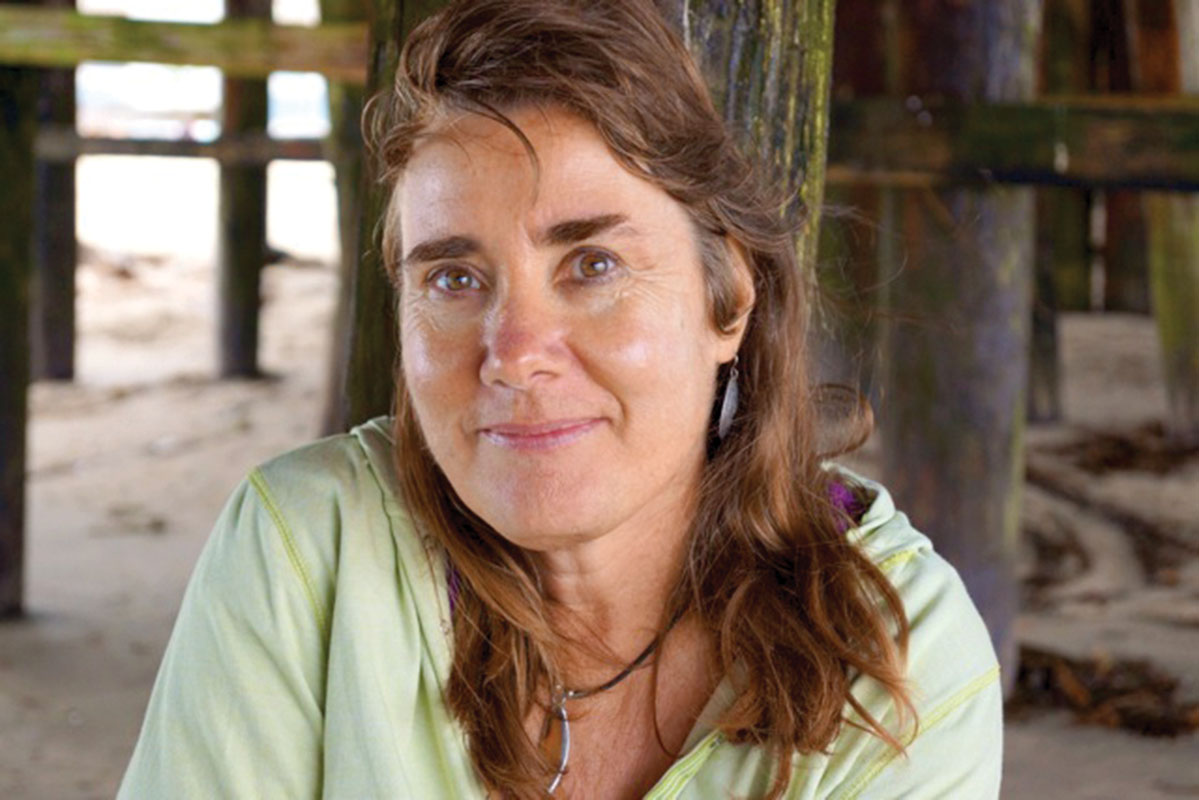 “There’s a general coarseness I attribute to internet culture and hate radio,” says Bonnie Morris. “Talk radio became nastier and nastier to induce ratings. Initially it was Rush Limbaugh and his remarks about ‘feminazis.’ I had students coming to me on the first week of classes saying, ‘Golly, you’re a great professor. I was afraid you’d be a feminazi.’ They felt completely comfortable using that language to their professor, who’s a Jewish woman. The popularization, through talk radio, of let’s put down feminists, resonated with all the people who later became the Tea Party.

“And not only guys,” she continues. “Dr. Laura and Ann Coulter. Those women found that you could go as far as you wanted as a powerful female if what you were saying pleased conservative men.”

Morris, a professor at George Washington University for 22 years and now a lecturer in the Gender and Women’s Studies Department at UC Berkeley, is discussing how the feminist revolution stalled and, actually, fell into retrograde.

“We have a generation of kids who were homeschooled in very specific pro-America, anti-feminist rhetoric, who were able to get a law school education through Liberty University run by Jerry Falwell and Regents University founded by Pat Robertson. Those are schools that specifically train young conservatives to influence Washington, and it’s been very successful.”

Morris will be in town this weekend to promote her latest book, The Feminist Revolution: The Struggle for Women’s Liberation (Smithsonian Books, $34.95), co-authored with D-M Withers. “It’s a very wonderful, big hardcover coffee table book, an illustrated social history of second wave feminism,” says Morris. “It goes from 1966 to 1988 and its nine chapters range from reproductive rights to women in the anti-war movement, the women’s music movement, which I enjoyed writing about, black feminism, publishing, Ms. Magazine, and a big, big, big, big, big section on lesbian rights and the portrayal of lesbians in movies and TV.”

Asked about the current wave of feminism manifesting through the #MeToo movement, Morris says, “It is simply an explosion of being fed up. These cycles of being pushed to the snapping point emerge every so often, and they’re usually triggered by some event, which, in the era of social networking, can galvanize a community instantly, because one person reports something on Facebook and then everybody has access to it. What shocks me is that only now did we bring to trial that gymnastics team doctor who had been helping himself to little girls for a generation. The fact that that only emerges so late speaks to how reluctant many kids are to talk about the abuse they endured. It’s so shameful, and it’s buried by parents who want them to succeed. There’s always a lag in the reportage about what is done to minors.”

As for Trump, Morris thinks “he’s been dreadful for everything, but I think conversations about what’s happening have awakened people who might have been asleep…. My mother and I are speculating about whether or not the real issue that’s being hidden in Russia is paternity and whether Trump has fathered kids. That sometimes repels people once and for all. On the other hand, it’s so commonplace. Strom Thurmond was found to have been paying child support to a young black woman with whom, for all of his racism, he fathered a kid.”

Bonnie Morris will sign copies of “The Feminist Revolution” on Sunday, March 25, at the Smithsonian American History Museum from 1 to 3 p.m., and will appear on Monday, March 26 at 7 p.m. at Politics & Prose (5015 Connecticut Ave. NW) for a reading and signing. Visit Politics-Prose.com.

Randy Shulman is Metro Weekly's Publisher and Editor-in-Chief. He can be reached at rshulman@metroweekly.com.
← Previous Story Review: “Fire and Fury” is horrifying, but not presidency-ending
Next Story → Mattilda Bernstein Sycamore: Queer politics “[has] to go back to talking about basic needs”