Kalorie Karbdashian-Williams on Vixen’s whistleblowing, lipsyncing against Eureka, and her “best drag”

Kalorie Karbdashian-Williams gave the best of her love, but not her drag 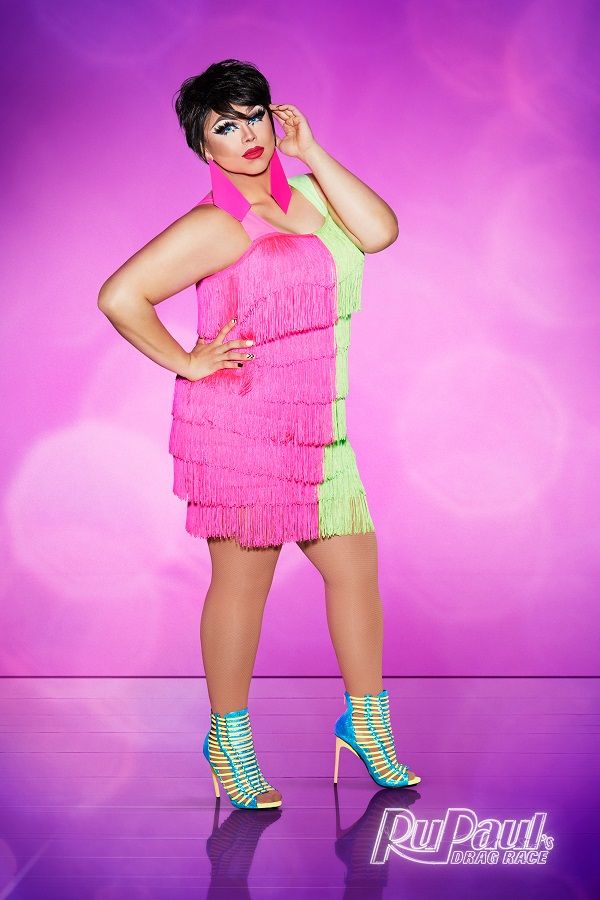 Kalorie Karbdashian-Williams won’t be keeping up with the competition of Rupaul’s Drag Race Season 10. The high energy entertainer was the second queen eliminated in an emotional episode full of tears, aired accusations, more tears, and a lip-sync with tears to a song by, appropriately, The Emotions.

In the end, it was Albuquerque’s own Kalorie K. who sashayed away, going down in a battle-of-the-bodysuits with Eureka the Elephant Queen. Facing off against her big girl sister Eureka, “was totally heartbreaking,” Kalorie tells Metro Weekly, highlighting the mutual respect underlying their intense desire to win.

“It’s one thing just to do a lip-sync but it’s so much harder when you have to do it against somebody you have grown to love, and created a bond with.”

The episode’s choreography-heavy group production number, and final runway, where the contestants were asked to show off their “Best Drag,” posed their own challenges. For instance, does a queen really want to bring out her absolute best drag in just episode two?

“I kind of was saving my best best,” says Kalorie, adding, “I know RuPaul has said many times, don’t do that, but it’s kind of like, what if I make it longer? What am I gonna wear at that point? Like, dammit, what do I do?

“But the reason why I chose it, though, is because it’s very much, at the end of the day, who Kalorie is. It’s sparkly. It’s beautiful. It hugs my body. And that’s really what I wanted to show for that moment, or at least to show them what Kalorie’s about.”

The dancing queen from Roswell, New Mexico also revealed a painful chapter of her childhood in Thursday’s episode, but says she had far more to offer to the competition. “I don’t feel like I got to [show] my creative side all that well,” she says. “Granted, it was two episodes. I do feel that I’m a lot more creative than what I was portrayed to be on the show. But you know, being on Drag Race, being in your head a lot of the times, it’s hard to really let that show through.”

It can be hard just to get a word in edgewise in a room full of opinionated queens, including one, The Vixen, already dubbed the Whistleblower for her penchant, well on display this episode, of dragging other people’s drama into the light.

“She’s just a girl that’s very upfront and she calls it like it is,” says Kalorie of her sister, who refused to allow Aquaria to demur from accusations she’d made about Miz Cracker.

“To me, if you said something and you got called out on it, I’m sorry, but I don’t think the Vixen’s a shit starter at all whatsoever. She’s just honest. She’s to the point, and she’s just keeping it real,” Kalorie says.

Unlike The Vixen, Kalorie won’t jump into the debate over specific accusations about one queen copycatting another, but she does believe in acknowledging inspiration.

“Personally, I feel like if you’re taking inspiration from somebody, you should give a shout out. You should be like, ‘Oh, so and so inspired this look’” she says.

“But then, when you’re copying somebody, that tends to be very shady,” she adds. “People who are copying don’t necessarily like to give credit where it’s due. I feel if you’re gonna do something, you should always give credit to those who you either pulled the inspiration from, or that you know specifically well that you were like, ‘Oh my God, I want to recreate that.’ The difference between them is it’s all about giving credit where it’s due.”