Advertisers are abandoning the Fox News host, who has a long anti-LGBTQ history, after she mocked the Parkland survivor 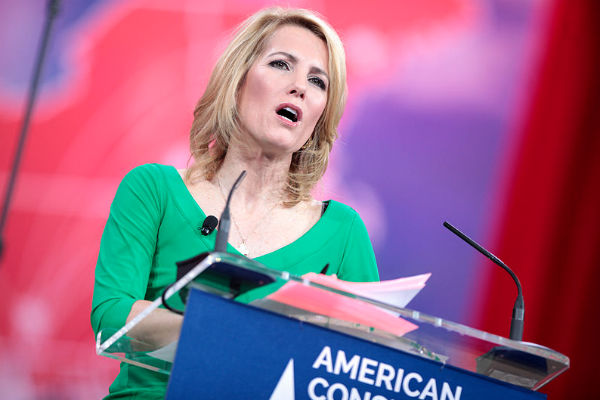 At least 11 companies have pulled their advertising from Fox News host Laura Ingraham’s weeknight show The Ingraham Angle, after she mocked Parkland shooting survivor and gun reform activist David Hogg for being rejected by several colleges.

Ingraham, who has a history of anti-gay, anti-immigrant and anti-feminist comments, started the Twitter feud by tweeting out a story in the conservative Daily Wire that talked about Hogg being rejected by UCLA and other universities despite having an estimated 4.1 GPA.

David Hogg Rejected By Four Colleges To Which He Applied and whines about it. (Dinged by UCLA with a 4.1 GPA…totally predictable given acceptance rates.) https://t.co/wflA4hWHXY

Pick a number 1-12 contact the company next to that #

In statements that trickled in throughout Thursday and Friday, the companies denounced Ingraham’s mocking of Hogg, with many characterizing her comments about someone who survived a mass shooting as “inappropriate.”

After advertisers began pulling their support, Ingraham took to Twitter to apologize to Hogg. “On reflection, in the spirit of Holy Week, I apologize for any upset or hurt my tweet caused him or any of the brave victims of Parkland,” Ingraham wrote. “For the record, I believe my show was the first to feature David immediately after that horrific shooting and even noted how ‘poised’ he was given the tragedy. As always, he’s welcome to return to the show anytime for a productive discussion.”

Hogg later appeared on NBC News and said he did not accept Ingraham’s apology. He also took to Twitter to demand that Ingraham apologize for Fox News’ treatment of those Parkland students who have advocated for gun reform measures.

“I 100% agree an apology in an effort just to save your advertisers is not enough,” Hogg tweeted in response to another user’s criticism of Ingraham. “I will only accept your apology only if you denounce the way your network has treated my friends and I in this fight. It’s time to love thy neighbor, not mudsling at children.”

With just one tweet aimed at Ingraham’s advertisers, Hogg may have seriously endangered one of Fox News’ biggest names — and a known opponent of LGBTQ rights.

Ingraham has a history of making anti-LGBTQ statements and has been criticized for her rhetoric over the years. She has repeatedly referred to providing transition-related health care to transgender youth as “child abuse.” She has also claimed that greater advances in LGBTQ rights might lead to the legalization of incest and the eventual criminalization of anti-LGBTQ religious beliefs, putting anti-gay Catholics like herself at risk of prosecution.

Ingraham has particularly been outspoken about transgender people’s ability to use public restrooms, saying she can’t allow her daughter to use them since transgender people might be present. She has also advised listeners to wear adult diapers in order to avoid trans-inclusive restrooms, and suggested that the parents of an 8-year-old transgender student should be “kind of embarrassed” about seeking fair accommodations at school.

Perhaps most troubling was Ingraham’s work as the first female editor of the conservative Dartmouth Review as a college student. During that time, Ingraham secretly sent a reporter with a tape recorder to a campus gay students association meeting, according to Rory O’Connor and Aaron Cutler’s book Shock Jocks. She then used the tape to out the students in print, calling them “cheerleaders for latent campus sodomites,” and sent tapes of the meetings to the students’ parents. She later apologized for her actions.

GLAAD denounced Ingraham’s statements about Hogg, while also calling attention to her past anti-LGBTQ actions.

“Laura Ingraham’s cowardly, public bullying of the students of Marjory Stoneman Douglas High School is consistent with her vile views including her ongoing targeting of the LGBTQ community,” Sarah Kate Ellis, president and CEO of GLAAD, said in a statement. “From hateful remarks about marriage equality and the transgender community to attacking youth activists and the communities we lock arms with, advertisers must question if they want to be associated with her fringe opinions.”

John Riley is the local news reporter for Metro Weekly. He can be reached at jriley@metroweekly.com
← Previous Story Mike Pence’s hometown to host its first Gay Pride celebration
Next Story → Maryland candidate for governor says Madaleno “prances around Annapolis”