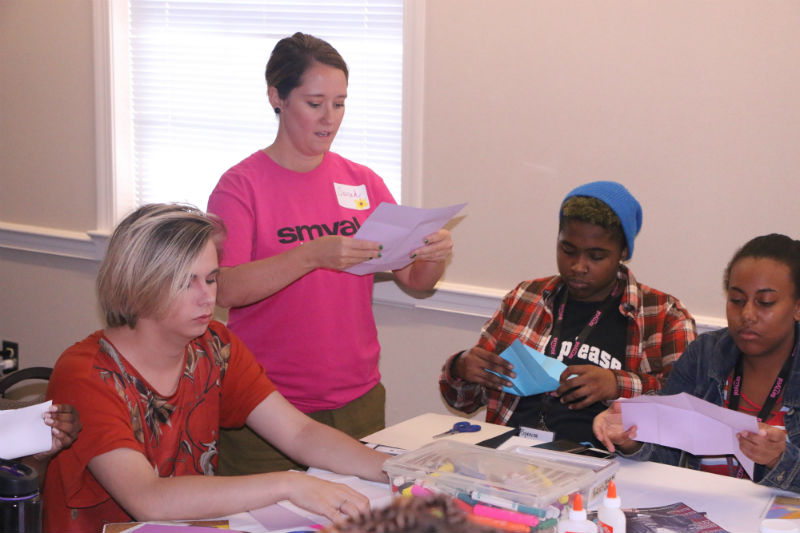 When the District of Columbia released its Youth Risk Behavior Survey last month, Sultan Shakir knew that the SMYAL would have to take the lead in addressing some of the problems facing LGBTQ youth.

“[T]here is still much work to be done to support LGBTQ youth,” Shakir, SMYAL’s executive director, said at the time. “Our young people need your support now as much as they ever have before.”

Now celebrating the 10th anniversary of its launch, the YRBS is a biennial survey that describes health-related risks and potentially problematic behaviors — from drug use to bullying and harassment to depression to suicidal ideation — engaged in by middle and high school students in D.C. public and public charter schools.

Among some of this year’s most striking findings are that almost one-third of LGB middle and high school students have actually attempted suicide at some point. That percentage spikes to 45% among transgender youth.

Drug use can also be disproportionately higher among LGB-identifying or queer youth, who make up only 15% of the high school population, but can comprise anywhere from one-quarter to almost one-third of all students who report that they’ve used illicit drugs or drunk alcohol.

Bullying is especially prevalent among members of the LGBTQ community, who often find themselves the targets of such harassment. While 44% of LGB middle schoolers report being bullied at school in the past 12 months, only 30% of heterosexual-identifying middle schoolers report the same thing. The percentage drops in high school, but the percentage of LGB students reporting physical bullying still outstrips the percentage of straight students who were physically bullied.

LGB-identifying teens are also more likely to report instances of cyberbullying at the hands of their peers, with more than one-quarter of middle school students and 14% of high school students saying they’ve been targeted. Among high schoolers, 22% say they were bullied on school property specifically because of their perceived sexual orientation or gender identity.

Amid all these problems, SMYAL and other organizations are trying to reach youth and engage them in programming that will help them make better personal decisions or will teach them coping mechanisms designed to help overcome some of the problems that affect them.

For instance, with respect to bullying, SMYAL provides cultural competency training to local middle and high schools in the metropolitan D.C. area. It also provides support for Gay-Straight Alliances through workshops and programming looking at how both victims and responsible adults entrusted with students’ care can combat bullying and harassment, notes Adalphie Johnson, programs director at SMYAL. 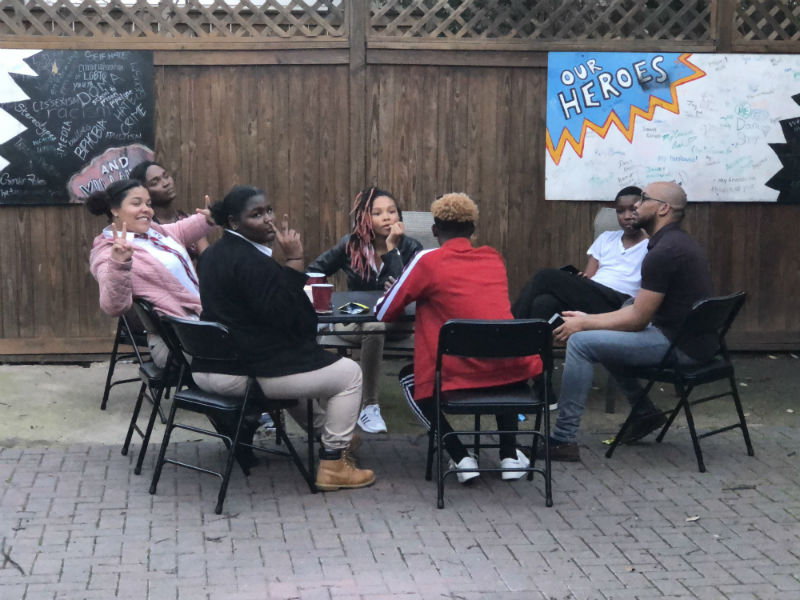 “We give them advice on how they can make their school environment a more affirming place for their students,” Johnson says. By doing so, SMYAL hopes to reduce the incidence of suicidal ideation, which typically is greater when children feel they do not have anyone who supports them or cares about their wellbeing.

In terms of mental health, SMYAL provides direct referrals to Whitman-Walker Health and MBI for youth in need of therapy or counseling, with plans to expand those options by contracting with other behavioral health clinics. The organization also has a clinical social worker and case manager on site who can provide mental health services, either one-on-one or in a group session, at SMYAL’s drop-in center in Southeast Washington’s Barracks Row neighborhood.

“The one thing the [Youth Risk Behavior] survey makes clear is that mental health issues among youth need to be looked at and talked about,” says Johnson. “That’s why we try to offer mental health support at our drop-in center.

“One of the issues we’ve found is that we can make referrals all day for young people to go to places, but there’s something about them being able to receive wraparound services where they already feel they’re in a safe place,” she adds. “So we work with many outside organizations to come into our space and provide those mental health services, whether it’s through support groups, workshops on healthy coping mechanisms, or even a ‘to-do’ list on recognizing the signs and symptoms of mental health problems and how they can address those.”

With respect to substance abuse, SMYAL partners with LGBT HealthLink, a network of organizations and nonprofits focused on reducing the higher rates of tobacco-related diseases, cancer, and other health problems among LGBTQ people. As part of that programming, SMYAL holds a monthly roundtable discussion with clients around drug, tobacco, and alcohol use and cessation efforts.

Johnson notes that even those youth who recreationally or intermittently use substances can often be motivated by feelings of helplessness, isolation, or lack of a supportive or affirming environment. She says LGBTQ may make up a higher percentage, relative to their heterosexual peers, of those who substances because of the number of stressors they deal with in their daily lives due to their sexual orientation.

“Their brains are not fully developed, they’re going through puberty and hormone changes. They’re going through so much both physically and emotionally, and then, when you add on another layer of challenges, it just makes it a more difficult situation for youth,” Johnson says. So they often resort to drug use as a coping mechanism.” 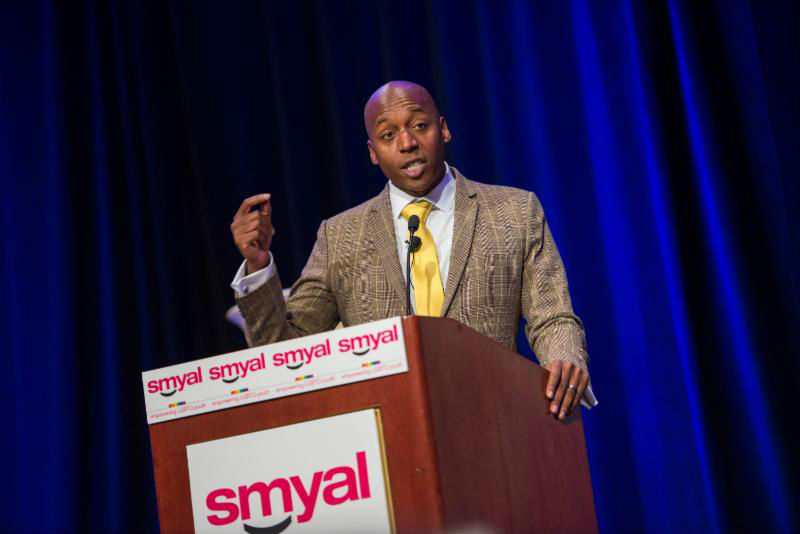 SMYAL also offers programming around healthy relationships and sexual education for LGBTQ youth, who may be receiving sex ed instruction that is geared toward heterosexual students while ignoring the needs of sexual minorities.

In schools and at its drop-in center, SMYAL holds workshops and discussion sessions that approach relationships in a sex-positive manner, talking about relationship-building, communication with intimate partners, condom use, and disease prevention. While the organization is not allowed to distribute condoms directly to students in schools, it does distribute safe sex packets to GSAs who can then make them available to students.

Taken together, all these programs and initiatives are only small steps in addressing the multitude of problems that may be affecting LGBTQ youth, says Shakir.

“There’s a clear need to support LGBTQ young people, even as we, as adults, are creating more safe and affirming spaces for us,” he says. “[But] We’re not always seeing those advancements automatically transferring to spaces where young people exist. So we need to ensure as many places as culturally competent as possible.”

Both Shakir and Johnson note that a significant criticism of the YRBS is that only a handful of questions ask about transgender identity, and most of the questions and data derived from them only paint a picture of the needs of LGB-identifying youth.

“It’s clear we need to ensure that we are, as a District, being as inclusive as possible with gender identity,” says Shakir. “So we need to start asking questions that capture the breadth of gender identity that exits, first, to support trans youth, and secondly, to see that school districts acknowledge their existence and show them that their identity counts.”

That said, he notes: “We are making advancements, and these surveys are great annual markers to help organizations like our understand where, programmatically, we can do a deeper dive to better help youth who are struggling or in need of our support.”

Editor’s Note: An earlier version of this story had identified Break the Cycle as a program of SMYAL. Rather, it is an organization with which SMYAL partners to carry out programming.

John Riley is the local news reporter for Metro Weekly. He can be reached at jriley@metroweekly.com
← Previous Story The LGBTQ community came out in force to support the March for Our Lives
Next Story → Maryland State Senate approves conversion therapy ban