Maria Rizzo plays Roxie unhinged, with moxie and murderous rage -- and she is amazing. 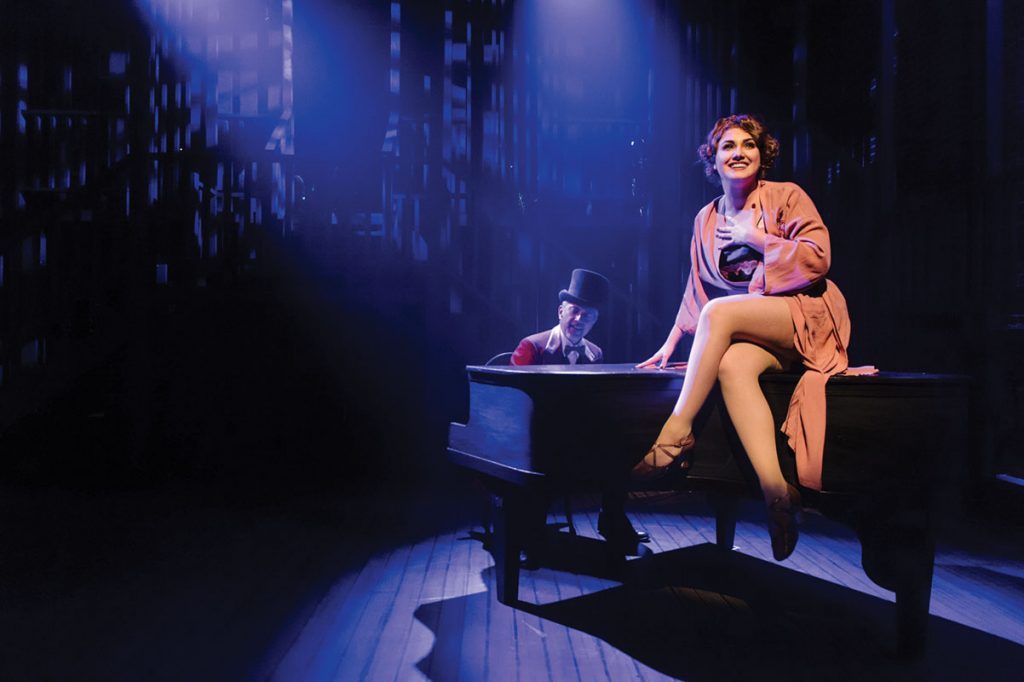 The Keegan Theatre’s new production of Chicago (★★★½) revs up slowly, entering on unsure legs with a subdued “All That Jazz.” Jessica Bennett’s slinky Velma Kelly tenders an intriguing invitation to Kander & Ebb’s boozy den of sin, yet the energy from Velma and company doesn’t emanate forcefully beyond the footlights. Come hither, but not too close.

Then, somewhere inside Roxie Hart’s first number, “Funny Honey,” during which the brazen, fame-craving floozy introduces her sorry sap of a husband Amos, it dawns that this Roxie is bananas. Portrayed by Maria Rizzo with a bold mix of moxie and murderous rage, she’s Roxie unhinged. And she is amazing.

As most audience members will arrive with memories of other Roxies and Velmas in their heads, it’s a sheer delight to be in the company of a Roxie the world hasn’t met a hundred times already. The scheming chorine who murders her lover Fred, and tries to spin the ensuing publicity into infamy and riches, has been played cold, calculating, or Kewpie doll cute, but rarely credibly homicidal.

Rizzo’s Roxie, on the other hand, if given the need and opportunity most definitely would kill again. This murderess should be locked up, especially in gun-crazy ’20s Chicago. Matched with Michael Innocenti’s limpid portrayal of Amos, who’s a perfectly pathetic patsy, and Kurt Boehm’s solid take on fast-talking flim-flammer Billy Flynn, this Roxie revitalizes the familiar tale of celebrity and corruption.

Directors Susan Marie Rhea and Mark A. Rhea envelop Roxie and Velma in a pleasingly dark, rough world dominated by set designer Matthew J. Keenan’s marvelous, multi-tiered Cook County Jail. In a seeming effort to involve every inch of lumber that went into the massive construction, the directors on occasion send the action, dances, and lighting sprawling all over the set, unhelpfully diffusing focus. 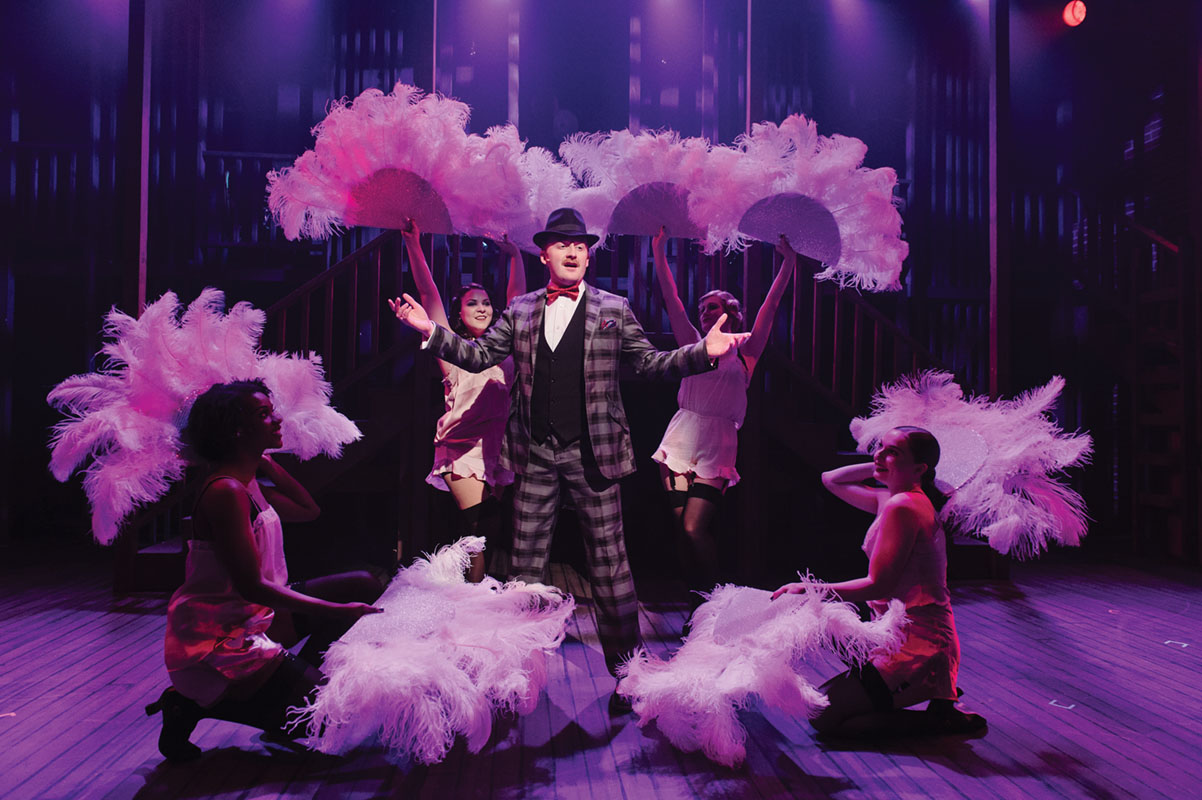 Rikki Howie Lacewell might not offer the most believably badass characterization of amoral prison matron Mama Morton, but she sounds fabulous singing “When You’re Good to Mama.” One wishes for a tighter orchestra to back up the cast’s expressive pipes.

At every turn, the cast is beautifully supported by evocative period costumes, and hair and makeup design. And choreographer Rachel Leigh Dolan does her usual exceptional job of infusing flapper-happy dances with wit and rich nuggets of story.

The moves aren’t as obviously Fosse as one might expect — with “Nowadays/Hot Honey Rag” as the choreographic moment that most baldly references the man’s legendary style — but the company of hoofers still brings it in an entertaining production that turns down the glitz, and turns up the fire of Roxie’s madness. 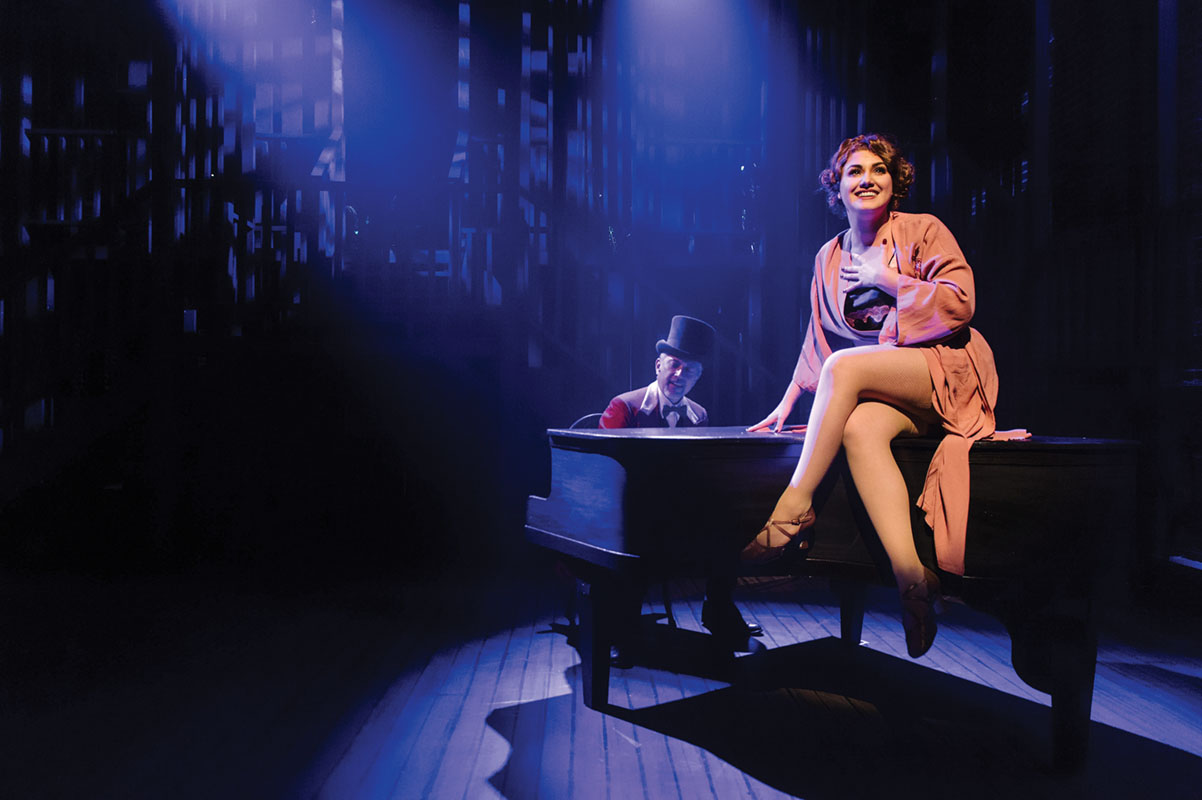 André Hereford covers arts and entertainment for Metro Weekly. He can be reached at ahereford@metroweekly.com. Follow him on Twitter at @here4andre.
← Previous Story Naomi Jacobson is lighting up Theater J as the iconic Dr. Ruth
Next Story → Stage Review: Ford’s “The Wiz” sends Dorothy on a funky, fabulous trip to Oz