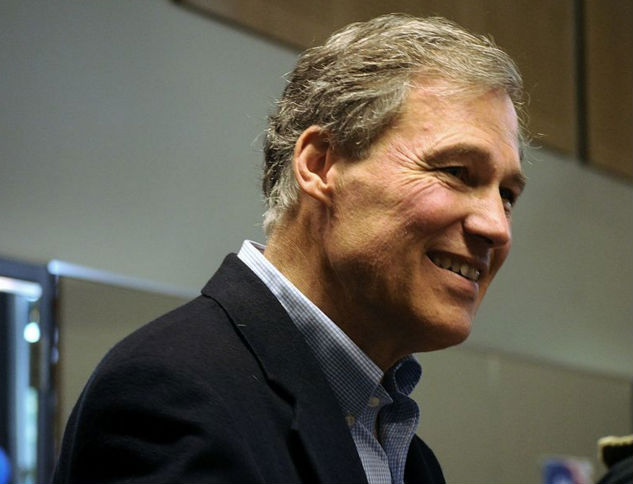 It was considered a fait accompli, but Washington State Gov. Jay Inslee made it official with his signature on Wednesday: conversion therapy is now banned in the Evergreen State.

Inslee signed into law a bill that bans the practice of conversion therapy on minors, and penalizes licensed therapists or counselors who attempt to change a youth’s sexual orientation or gender identity.

Conversion therapy can take many forms, from public shaming and hypnosis, to more extreme forms of aversion therapy, including forced vomiting, or, in some reported cases, shock therapy.

The premise behind the various forms of aversion therapy is to change the person’s behavior — whether that includes abstaining from same-sex relationships, suppressing sexual urges, or adhering to traditional gender norms based on one’s biological sex — so that they no longer identify as LGBTQ.

The bill has long been a priority of Democratic lawmakers in the Evergreen State, but it wasn’t until Democrats gained control of the State Senate in a special election that the floodgates opened to pieces of liberal legislation that had been stymied in past sessions. Among those liberal priorities was a statewide ban on conversion therapy, which passed the Senate earlier this year.

LGBTQ groups, including the Human Rights Campaign and the National Center for Lesbian Rights, have been pushing for bans in several states — and, in places where legislatures are hostile to LGBTQ rights, in various cities or municipalities. NCLR is currently engaged in its #BornPerfect campaign, which seeks to end conversion therapy by any means necessary by the end of 2019.

Inslee’s signing of the bill makes Washington State the 10th state to ban the practice legislatively. The District of Columbia and several localities in various states have passed similar legislation, and New York State has circumvented its Republican-controlled State Senate by prohibiting insurance from providing coverage for conversion therapy, which has been denounced by most national mental health and medical organizations.

“We are heartened by the progress made by legislators to uphold the safety, health, and well-being of LGBTQ individuals in Washington State,” Carolyn Reyes, NCLR’s youth policy counsel and #BornPerfect campaign coordinator, said in a statement. “We know that few practices hurt LGBTQ youth more than attempts to change their sexual orientation or gender identity through the debunked practice of ‘conversion therapy.’ Washington is an example for the rest of the country by recognizing every child knows they are born perfect.”