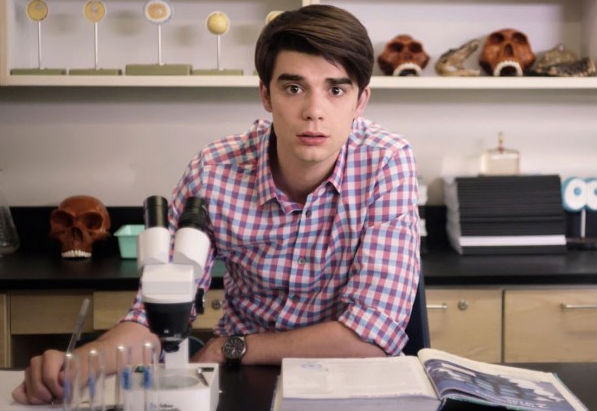 Netflix has announced it will release the gay teen romantic comedy Alex Strangelove this summer.

In March, the online video streaming platform announced it had purchased the distribution rights for the independent film, which would premiere at the San Francisco International Film Festival before being offered up for consumption by the wider public.

Alex Strangelove tells the story of Alex Truelove, a high school senior with a promising future who plans to lose his virginity to his girlfriend, Claire. But his life changes after he meets Elliot, a handsome and charming boy from the other side of town, and Alex begins questioning his sexual identity.

The film was written and directed by Craig Johnson and produced by Ben Stiller, Nicky Weinstock, and Jared Ian Goldman. It stars Daniel Doheny, Madeline Weinstein, and Antonio Marziale.

Already, the film is being compared to Love, Simon, the popular and successful movie about a gay teen’s coming out process that has earned positive reviews from critics.

Originally slated to be released on July 20, the film’s debut on Netflix has since been pushed up to June 8, reports Instinct magazine.

John Riley is the local news reporter for Metro Weekly. He can be reached at jriley@metroweekly.com
← Previous Story Trailer: Steve Coogan and a bearded Paul Rudd play gay couple in “Ideal Home”
Next Story → Amazon’s Prime Video will stream over 60 Outfest-selected LGBTQ films