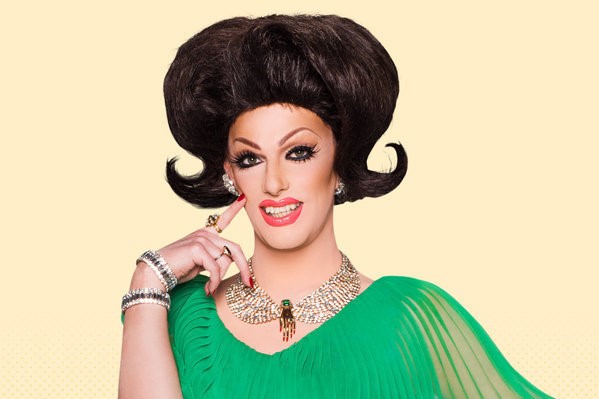 Drag Race contestant Robbie Turner broke her silence on Saturday two weeks after she tweeted that she had been in a fatal car crash.

On the weekend of April 15th, Turner posted on Twitter that she had been involved in a car accident while riding in an Uber that killed her driver.

“Last night on my way home my Uber was struck by a drunk driver,” she said. “I closed my eyes briefly & it happened. I heard it, but hit my head & it was over.”

Questions started to arise when it was found that the Seattle Police Department and Uber had no reported fatalities consistent with Turner’s story, and no 9-1-1 calls were placed regarding fatalities in a car accident.

Social media turned from supportive messages to bashing the drag queen, calling her a compulsive liar. Even other Drag Race alumni began making fun of her on social media.

Two weeks after her initial tweets, Turner broke her silence in an interview with Entertainment Weekly, saying that she was roofied at her club and the entire ordeal was a dream.

“I woke up with bruises on my body, and I woke up with a headache, so my initial reaction was I thought I had a concussion,” she said. “I was worried because I was alone…[so I] made a scheduled post for when people would be waking up Sunday morning… I was already falling asleep and was panicking.”

However, Turner apparently then claims she later realized her initial reaction had been false.

“After days of poking around and sleuthing to figure out everything I had gone through, days later I saw footage of me coming home, getting out of a car, and getting into my apartment okay,” she said. “What [I] think happened is that I was slipped something [in my drink], because I didn’t drink that much that night, and [that I] slipped and fell in the shower.”

She continued: “I don’t 100 percent remember leaving, and I do not remember coming home at all. At the time that I came home, I had this vivid dream and thought it was 100 percent real, especially once I woke up and had large contusions on my thighs, shoulder, and my head was pounding.”

“The way I was raised, I don’t shirk things. You’re supposed to admit what you did wrong and not be a coward about it. The goal [is to] move forward about what we need to be doing the proper way,” she said. “It has just never been something that I was brought up to hide mistakes, so I never thought to go run to social media and take it down.”

After the EW story was posted, Turner took to her Instagram to say she regretted sharing the posts, issued a public apology to Uber CEO Dara Khosrowshahi, and said she had been recommended by physicians and mental health professionals to take time off work and social media.

Much public attention followed my recent posts on social media. These were posts I regret sharing. I don’t remember much of that night, including leaving my place of employment. I do recall waking up bruised, disoriented, sore, and with an extremely vivid recollection of events that had, to my mind, absolutely occurred. It is clear to me that they did not, in fact, happen. The past few months have been very stressful for my family and I. The stress, depression, heartache and confusion during this time have overwhelmed me. On the advice of physicians and caring mental health professionals, I am taking a break from work and social media to spend more time with family and practice some important self-care. In addition, I apologize to Dara Khosrowshahi, Uber’s CEO, for naming a company I respect in such a negative public way. That’s not who I am, but it’s what I did, and I am sorry for it. I also extend my apologies to Queer Bar, as well as anyone who may have felt that my original post lacked sensitivity. For that I am also regretful. I appreciate the continued support of my fans and respect for my privacy during this time. I hope to take better care of myself, learn from this painful season and nourish what brought me joy about my art to begin with.

However, judging from many of the comments on her Instagram post, fans are less than convinced with Turner’s attempt to make good on her initial claim.

“So many contradictions and lies. She can’t stop,” one wrote. “And all of her excuses contradict each other as well as her posts.”

Another question whether Turner had been roofied, writing: “It was a deliberate act and very coherent on all posts. If drug induced there couldn’t be any way that she could write such complete and descriptive sentences.”

However, some responded with words of support. “Everyone deserves love and forgiveness,” one user wrote. “Before you go hating on someone who did something wrong, make sure your life is perfect.”

Also Read: A large number of straight people have had same-sex experiences