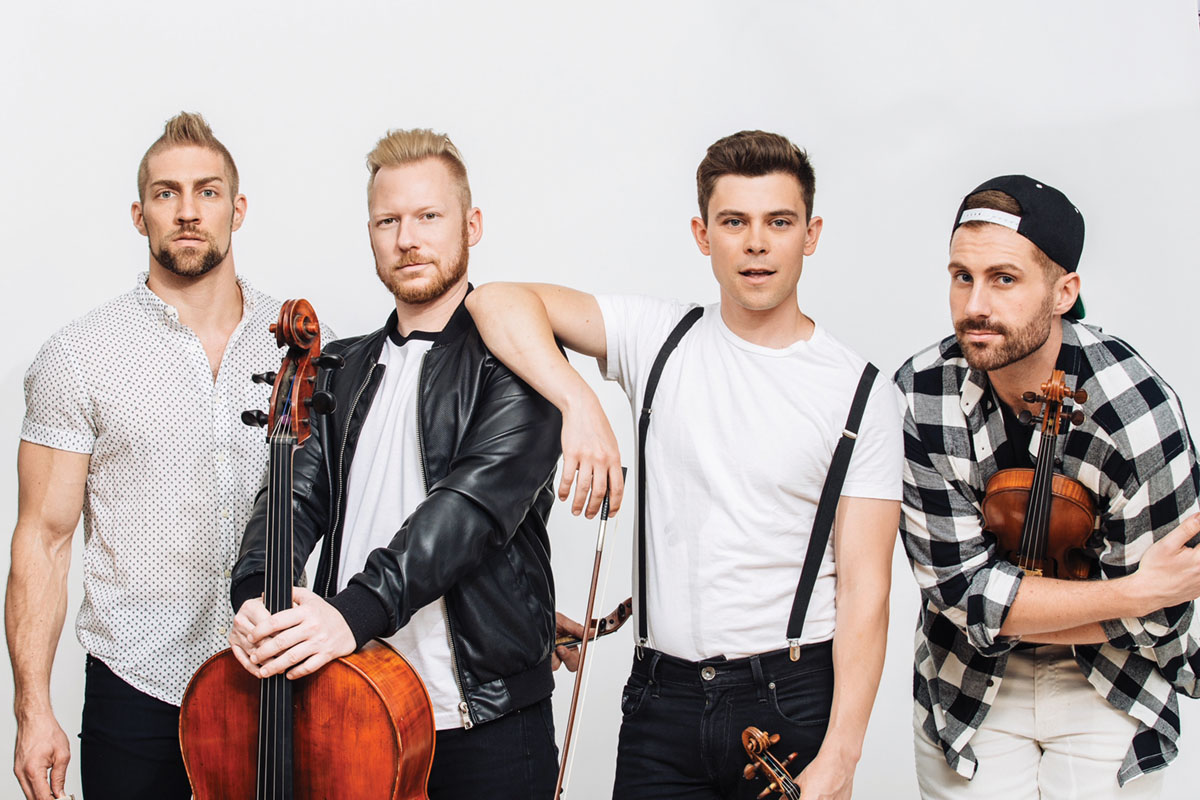 Chris Marchant and Trevor Wadleigh finished seventh on the most recent season of The Amazing Race. While disappointed they didn’t win, Wadleigh notes they had the “time of our lives, literally.”

The pair, who work and live together, seem as close as two people can possibly be, but, as Marchant points outs, “We’re not a couple.”

What they are, are two members of Well-Strung, the gay classical crossover group. And their next outing will be significantly more sedate compared to the CBS reality show: the string quartet will be part of this Saturday’s National Cherry Blossom Festival Parade on Constitution Avenue.

Marchant attributes the group’s success to its ability to look beyond the customary classical realm. “We just get more and more exploratory,” says second violinist Marchant. “We’ve married the world of pop and classical, and really give people a solid taste of both. Hopefully [we] give them some ear candy that will inspire them to continue listening to both.” Unlike a traditional classical quartet, all four members sing.

“In other realms we’ve worked — in classical music or in musical/Broadway-type productions — there’s such a standard for how you pursue and move through a career,” says Wadleigh, who plays viola. “We really were lucky to have been able to invent that for ourselves.”

Both credit Provincetown for — well, essentially everything.

“We actually owe quite a lot of our continued success to Provincetown,” Marchant says, noting the group will be coming up on its sixth summer at the Massachusetts resort. “They were so supportive in the beginning while we were trying to figure out what the hell it is we were aiming to do…. And that’s how we started touring in the first place: People who saw us in Provincetown on vacation would then bring us to their hometowns for benefits or concerts.”

Before setting sail for Cape Cod, though, Well-Strung will release its third album. Wadleigh singles out one classical/pop mashup as a particular highlight. “We just put together Bach and Ed Sheeran,” he says. “A little get-together of those two spanning 333 years.”