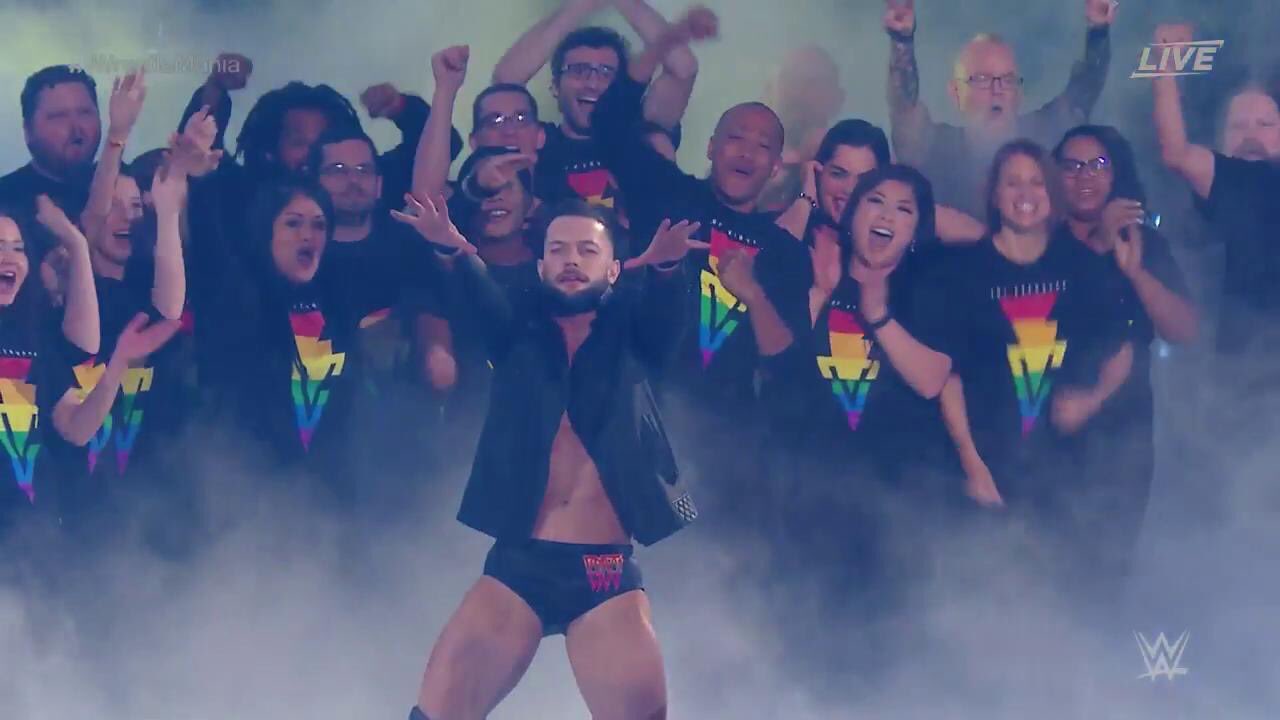 Deville, who came out in 2015, didn’t win the Rumble, but her outfit was definitely award-worthy:

Later that night, Irish wrestler (and renown supporter of the LGBTQ community) Finn Bálor made his Wrestlemania debut by bringing a crowd of LGBTQ people on stage to share his entrance.

Designed to promote inclusivity, 20% of the proceeds from the t-shirt go to LGBTQ organization GLAAD.

Fans were ecstatic to see Bálor highlighting his support for LGBTQ people in the middle of Wrestlemania’s main show.

i've been watching wwe for 2+ decades and for so much of that time it would be just UNTHINKABLE for a wrestler to have something as simple as that finn balor LGBTQ pride entrance, and it makes me a tad emotional to see it now

they’re speaking about the lgbt community on wrestlemania. I really never thought I would ever witness this oh my god I love finn balor so much

Bálor’s Wrestlemania debut saw him go head-to-head in a Triple Threat for the Intercontinental Title with Seth Rollins and The Miz, but it was Rollins who eventually won the belt.

Rhuaridh Marr is Metro Weekly's online editor. He can be reached at rmarr@metroweekly.com.
← Previous Story Team DC’s Night of Champions is Saturday, April 14
Next Story → Jason Collins says NBA is ready for another openly gay player