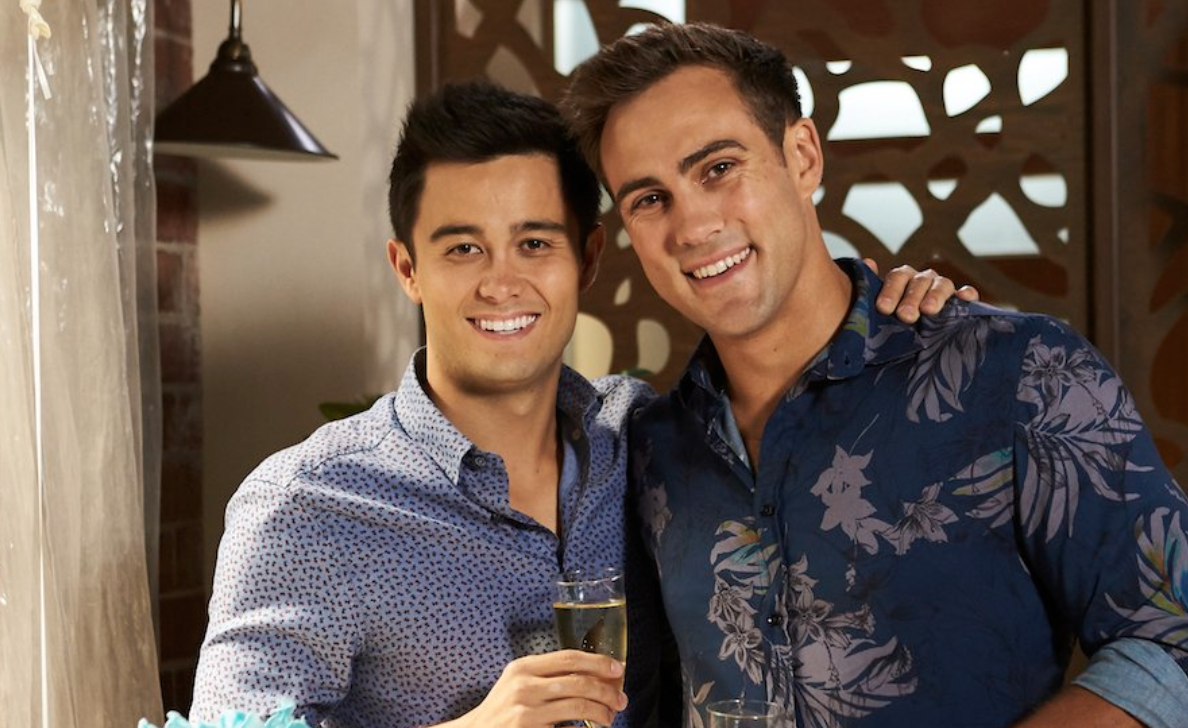 Matt Wilson, who plays Aaron, and Takaya Honda, who plays David, told RadioTimes they are excited to make TV history.

“We are both ecstatic to be part of this huge moment and it stands alone as the highlight of my career,” said Wilson. “This storyline means a lot to me, my friends and to all the fans who love Aaron and David.”

Honda added: “It is an absolute privilege to be part of what is and what will be a historic moment in Australian television. There have been so many parts of David’s story that have given me a great sense of pride — from discovering Paul Robinson was his dad, to his coming out to now marrying the man of his dreams.”

Executive Producer Jason Herbison said that they risked the marriage equality vote not passing when creating the wedding storyline.

“While that was happening our country was trapped in a divisive referendum,” he said. “Would our story about love and equality even by legal by the time it aired? Thankfully love won and we’re very excited for viewers to see this iconic moment come to life on screen.”

Magda Szubanski, known for her role on the Australian sitcom Kath & Kim as well as being an LGBTQ rights activist, will be officiating the TV ceremony.

Based on the date shown in the photos, the episode will air sometime around September 3rd.