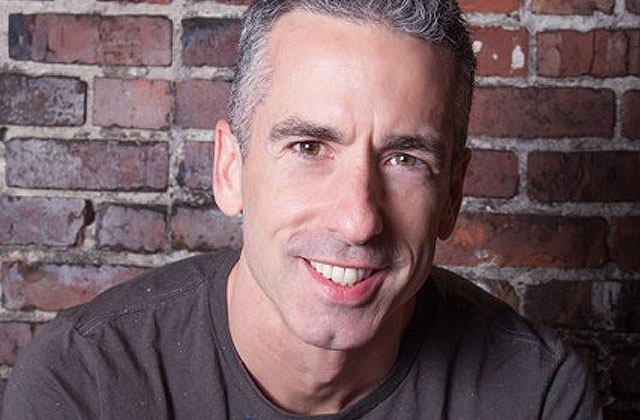 “Sensible, self-respecting gay men don’t wanna fuck you because you did real and lasting harm to millions of your fellow Americans. … The question you should be asking yourself isn’t, ‘Why won’t some gay men sleep with me?’, but rather, ‘How on earth do I sleep at night?'”

–Sex advice columnist Dan Savage, writing in his “Savage Love” column for The Stranger, responding to a self-professed Republican who takes offense to people on dating or hookup apps who say they will not sleep with Republicans. The writer, “Sorta Wondering If This Commonly Happens,” says he blocks, left-swipes, or ignores messages from profiles with people that have these restrictions on who they will hook up with or date. But SWITCH wonders if there’s anything ethically wrong with sleeping with someone without revealing, or revealing at a later time, his political affiliation.

“If I sleep with someone while declining to volunteer information that would have caused them to withdraw consent, am I functionally sleeping with them without their consent? Does the interaction (however satisfying their orgasm) devolve into some sort of rape?,” SWITCH asks.

But Savage unleashes on SWITCH, starting with “Fuck you. … Fuck you for being part of the racist, sexist problem. Fuck you for your deplorable vote in 2016.

Savage goes on to detail (and link to outside articles explaining) Trump’s actions that have hurt the LGBTQ community. He adds that other groups, including immigrants, people of color, women, and environmentalists, to name a few, have also suffered under Trump administration policies.

“And for the record, SWITCH: even if Trump weren’t attacking gay men and other queers—and even it hadn’t been abundantly clear before the election that, if elected, Donald Trump would attack gay men and other queers (THE ASSHOLE PICKED MIKE FUCKING PENCE AS HIS RUNNING MATE) — you still shouldn’t have voted him,” Savage writes.

“Even if he weren’t an anti-LGBT bigot, SWITCH, he’s a racist bigot and an anti-Muslim bigot and a sexual predator. You should’ve cared enough about women and people of color and immigrants — many of them queers — to vote against Alternative Universe Pro-LGBT/Anti-Everyone Else Donald J. Trump.

“Here in our universe, Trump is attacking queers and it makes sense that queers don’t want to sleep with queers who helped make those attacks possible and continue to support Trump despite them. Someone who puts ‘no fats, no femmes, no Asians, no blacks’ on your profile? That gay guy is mean spirited and that shit is unnecessary. (There are kinder ways to express your precious ‘preferences,’ guys.) Someone who puts ‘no Trump supporters” on his profile? That gay guy doesn’t want to be alone in a room with someone who approves of gay bashing and who can blame him.”

Savage notes that someone who doesn’t want to sleep with Trump voters has no way of verifying for whom they voted, but says that if SWITCH deceives said people, it would be ethically wrong. He also eviscerates those who would conflate a vote for Trump — and everything he’s done — with a vote for any other candidate, noting that Trump has done much more damage to minority communities.

“You’re not the only gay Trump voter out there whining about not being able to get the D from gay men who didn’t vote for Trump,” Savage writes. “I know why I wouldn’t fuck you but I don’t understand why you guys don’t fuck off and fuck each other. Unless… maybe you subconsciously find other gay Trump voters to be just as damaged and repulsive as A. Trump voters are and B. the rest of us are consciously aware you are.”

John Riley is the local news reporter for Metro Weekly. He can be reached at jriley@metroweekly.com
← Previous Story Brian Sims responds to rugby star feeling “persecuted” for anti-gay comments
Next Story → Biden Foundation and YMCA team up to promote LGBTQ inclusion