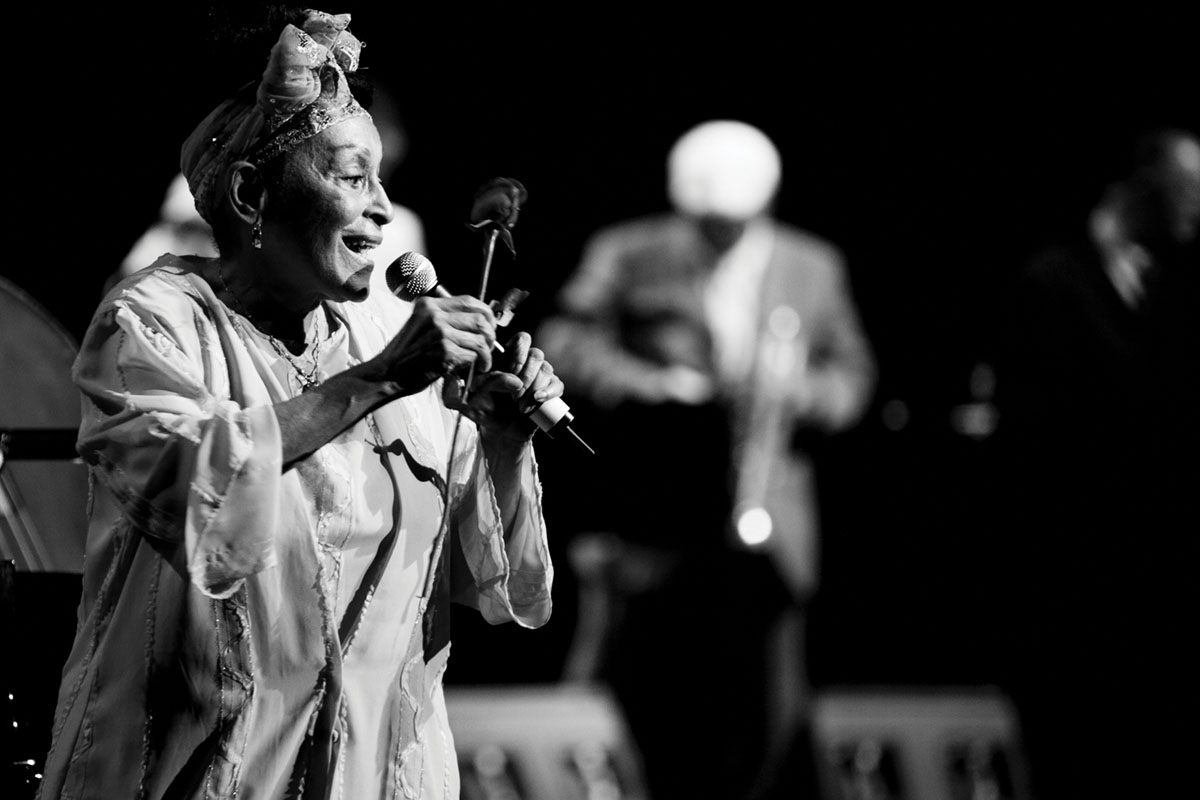 “Cuba punches way above its weight in what they have delivered to the world in terms of art and culture,” says Alicia Adams. A mere glance at the Kennedy Center’s calendar over the next two weeks proves her point. The island nation 100 miles off the coast of Florida is the focus of this year’s extensive cultural festival organized by Adams, the center’s vice president for international programming. Some of the most popular and revered artists from Cuba or the Cuban diaspora have been invited to participate.

“There’s great musical artists that come out of Cuba, and that [almost] overwhelms the program, if you will,” she says. Indeed, Artes de Cuba officially kicks off Tuesday, May 8, with a sold-out concert with various renowned musicians from the island and headlined by Cuba’s greatest living diva, Omara Portuondo, the 87-year-old immortalized star of the Buena Vista Social Club.

But it’s not all horn and rhythm sections — and it’s in the theater offerings where LGBTQ themes are strongly represented. Chief among these is an autobiographical theater piece performed in Spanish (with projected English titles) by members of Argos Teatro and written and directed by the Havana-based company’s founder Carlos Celdrán. Set for Saturday, May 19, and Sunday, May 20, 10 Million “tells a story about a family divided because of politics and [the] havoc it wreaks for the parents, for the children,” Adams says. “And it’s told through the eyes of the son who happens to be gay. In Cuba at that time there was a conversion process that one went through, that madness.”

Another stage production of note is the return of Havana’s Teatro El Público. On Wednesday, May 16, and Thursday, May 17, the company performs Carlos Díaz’s take on The Bitter Tears of Petra Von Kant by Rainer Werner Fassbinder. “All of the women’s roles are being played by men in drag,” says Adams. “[That] should be interesting coming from Cuba.”

The festival offers three dance companies from the island nation, closing with a run from the Ballet Nacional de Cuba. The internationally renowned troupe returns to celebrate the 40th anniversary of its landmark debut in the U.S. at the Kennedy Center.

Meanwhile, visual artists will be represented throughout the grand arts complex on the Potomac. “When you walk into the Kennedy Center, you will be faced with extraordinary work by great artists like Manuel Mendive and Roberto Diago,” Adams says. “We will have invested all of the public spaces with the work of these artists, so you will not miss that there is a festival going on.”

Artes de Cuba starts on Tuesday, May 8 at the Kennedy Center. For more information as well as a full schedule of Artes de Cuba activities, call 202-467-4600 or visit kennedy-center.org.