Online bidding for the prize package, which includes a three-night stay at the Mayflower Hotel, closes May 25

By Troy Petenbrink on May 20, 2018 @thegaytraveler 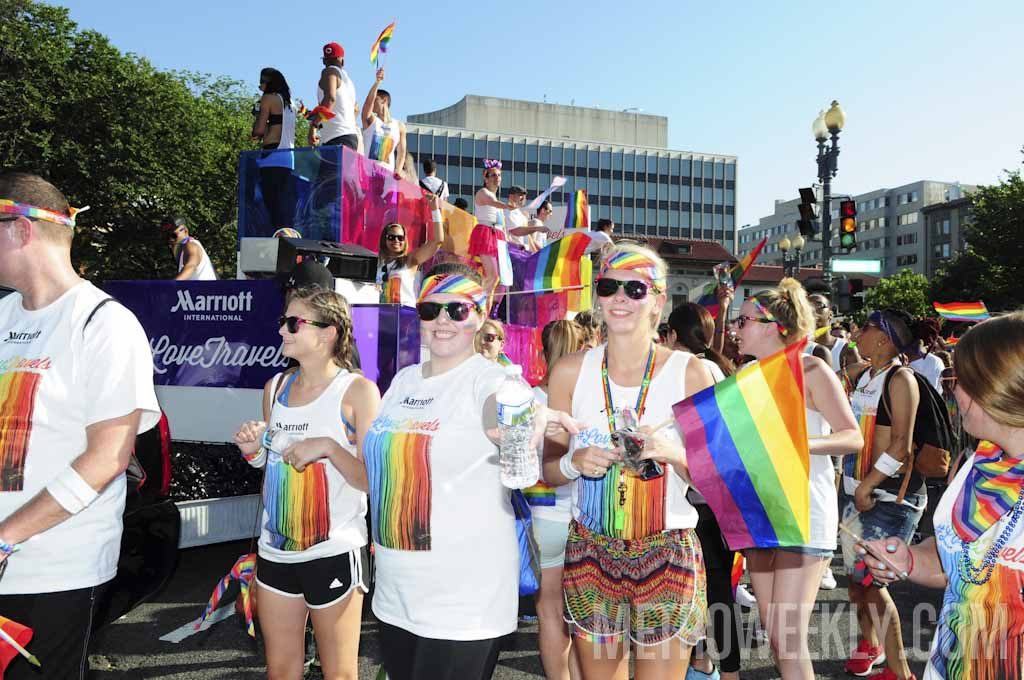 Marriott made headlines across the world when it hosted a same-sex marriage on its float during the 2015 Capital Pride Parade.

Headquartered in the Washington D.C. area and one of the world’s largest hotel companies, Marriott has been a consistent supporter of Capital Pride and the LGBTQ equality movement.

As part of its sponsorship and participation in this year’s Capital Pride, Marriott is offering the more than 50 million members of its Marriott Rewards frequent traveler program the opportunity to bid their reward points on a VIP experience that includes:

Online bidding for the VIP experience is open until May 25. The winner will be able to include one guest, and both must be 21 years old or older to participate.

In addition to Marriott’s float, which will carry the VIP experience winners and others in the Capital Pride Parade, dozens of Marriott employees will participate in the company’s walking contingent.

On behalf of those employees, Marriott is making a donation to Casa Ruby, which helps D.C.’s homeless LGBTQ youth, and to the Matthew Shepard Foundation, which campaigns to end bullying and erase hate towards LGBTQ people acrose the U.S. and around the world.

The VIP promotion, as well as Marriott’s overall sponsorship of Capital Pride, is part of the company’s groundbreaking #LoveTravels marketing campaign, which aims not only to attract LGBTQ guests but be a very public display of the company’s commitment to making everyone feel comfortable being who they are, everywhere they travel.

Marriott has scored 100 percent on HRC’s Corporate Equality Index since 2008.The company is also a supporter of the National LGBT Chamber of Commerce and the International Gay and Lesbian Travel Association.

Also Read: Make your 2018 vacation a success by supporting these LGBTQ-friendly destinations