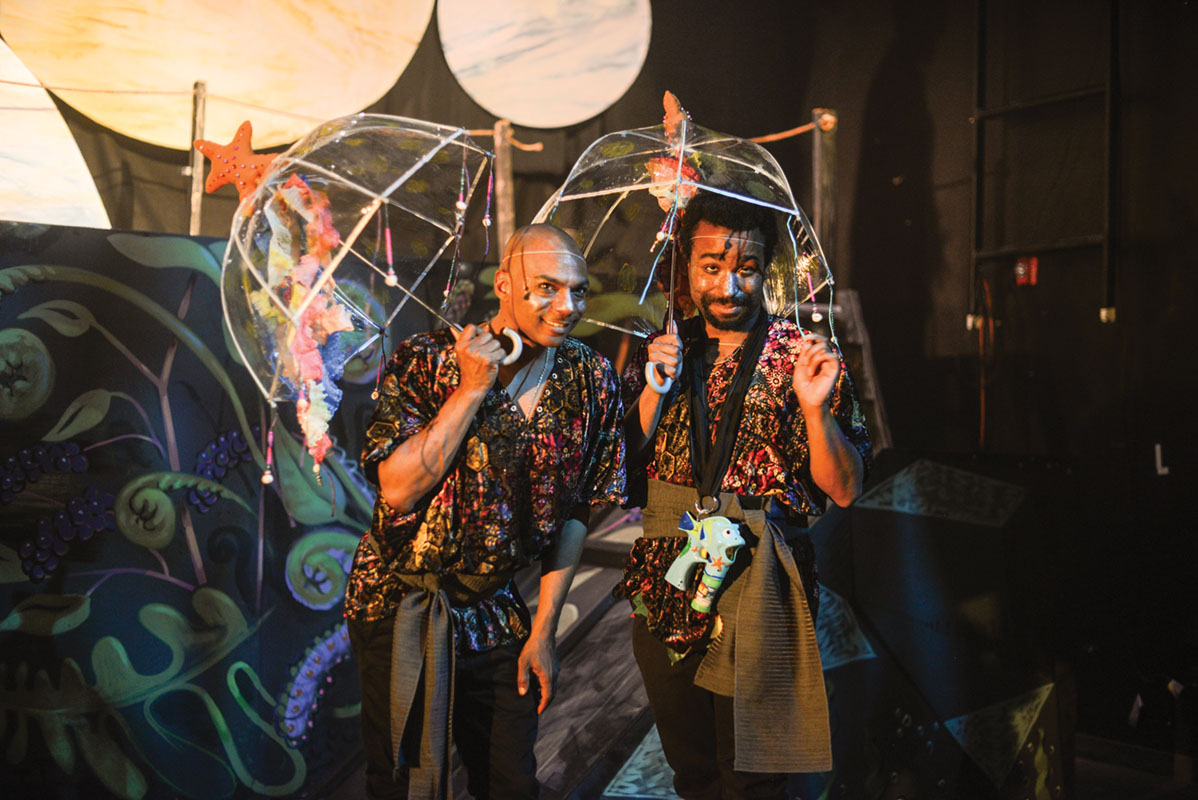 “So many [LGBTQ] people we met told us that from childhood Peter Pan is the one fairytale they have connected with,” says Single Carrot Theatre’s Ben Kleymeyer. “To be able to give it back to the community in a way that more specifically reflects their lives and their stories is really powerful.”

Kleymeyer is the community liaison for the Baltimore theater troupe, as well as a member of its acting ensemble. He’s starring as Peter Pan in its latest production.

“In many ways it’s the same Peter Pan story that people know,” says director Tristan Powell. “The difference is that we’ve incorporated a bunch of different queer narratives for the characters so that, for example, Tink is a character who pines after Peter and desperately wants to be with Peter — is in love with Peter, wants to sleep with Peter, but can’t because her body is too small. Hook and Smee [also] have a relationship.”

Some of those same community members auditioned and now perform in the work. “This is a really unique project for a number of reasons,” says Powell, a New York-based theater artist. “Definitely that we’re queering the canon, and also that several of the performers have no experience whatsoever… That was a little new on my end as a director.”

“There’s a lot more flexibility about who you can be in Neverland — and how you can change and how people will relate to you once you’ve changed,” Powell continues. “There are tensions between the different groups of Neverland, just as there are tensions within the queer community between different populations.”

Finally, there’s the relationship at the heart of the tale, that between Peter and Wendy, two kids “questioning and navigating who they are.”

Says Powell, “Where they go and what happens to them in their journey, flying to Neverland and coming home, changes them. The tail end of our story is radically different from the original and offers a completely new interpretation of the characters.”