Siblings squabble in touching drama "Burst," while "The Invisible Hand" hangs an overwrought narrative on a solid hook

Amy Leigh Horan’s Burst (★★★) introduces a recognizable family of siblings who need to squash their differences or all go down fighting. There’s a delicate but powerful punch packed in the semi-autobiographical drama, produced by Parlor Room Theatre, in which adult sisters Erin (Alison Talvacchio) and Ally (Mo O’Rourke), and their high school age brother Stephen (Robert Pike), are yanked from their disparate orbits to the hospital bed of their comatose mother.

While their matriarch struggles to survive a burst brain aneurysm, Erin, Ally and Stephen stew in the waiting room. They’re joined by relative interlopers Kira (Tori Boutin), their teenage cousin with her own issues, and Steve (Thomas DiSalvo), Ally’s supportive new-ish boyfriend. Predictably, everyone present needs to set aside resentments, and strengthen their support of each other through this real Hail Mary moment.

The strength of the story, and its clear-eyed view of each family member’s flaws and grit, are most consistently conveyed in Horan’s writing. Director Bridget Grace Sheaff’s staging keeps a careful hand on the constantly shifting dynamics, as each character works out for her or himself which version of truth to cling to during this crisis.

There’s less consistency in the delivery from the cast. Talvacchio and O’Rourke find moments to probe beyond the friction between Erin and Ally, but the characterizations don’t feel fully formed. Pike’s Stephen, on the other hand, hits the ground running, ably holding the center as a youngster who seems resilient and vulnerable in equal measure. DiSalvo’s Steve also feels well-defined as a newcomer to this emotional minefield, keeping the peace without making a big show of it. The actor makes a simple bedside speech into something beautifully expressive.

An interstitial indie movie-style score attempts a similar low-key tenderness, but just sounds a bit generic. Far more affecting are those family moments built around specific and personal references, like the ailing mom’s down-low affinity for the oeuvre of Eminem. It’s revelations like that, and an impromptu video dance-along, that contribute to the heartening impression that any number of other, equally recognizable families might be reflected in future productions of Burst.

SOMEWHERE IN PAKISTAN, a cell of self-described freedom fighters hold an American Citibank executive hostage, determined to exact a hefty ransom for his release. The anxious and at times terrified exec, Nick Bright (Thomas Keegan), hatches a brilliant scheme to help his captors raise the proceeds to pay his ransom by playing the financial markets. He’ll just teach them how.

Ayad Akhtar’s intense The Invisible Hand (★★½), now at Olney, proceeds from a suspenseful premise, driven by a built-in countdown and the fairly universal high of gambling big with imaginary money. But the play’s deep dive past finance wizardry into the insidious intersection of global economies, manipulated markets, and U.S. foreign policy seems to overwhelm the writer’s intent to play out the rich dramatic setup.

Rather, Nick and his kidnappers — the cell’s leader Imam Saleem (Mueen Jahan), quick-tempered Bashir (Maboud Ebrahimzadeh), and their conflicted flunky Dar (Ahmad Kamal) — are used more to dissect the weighty subject matter than to dramatize it. One side-story of betrayal seems to skip ahead to only half a conclusion.

Director Michael Bloom overcompensates for the play’s gaps, if not in logic, then in plotting. Keegan and Ebrahimzadeh hash out compelling arguments, as Nick’s desperation mounts and Bashir’s dawning understanding of markets and trading leads him down a dangerous path. But the peaks of anger and distress generally feel overstated.

Ahmad Kamal registers an overstated turn in the opposite direction. The performer, who recently essayed such a nuanced performance as a Muslim prisoner at Guantanamo in Signature’s 4,380 Nights, doesn’t manage that subtlety with Dar. His manner as the cell’s dim but dutiful muscle lands close to a caricature. Playing for laughs at the expense of Dar’s broken English doesn’t do the production any favors.

The Invisible Hand benefits from excellent lighting design by Jesse Belsky and sound design by Roc Lee, both elements which sharply define the space inside Nick’s cell, and far outside the prison walls.

Bloom’s direction often fills the space with shouting, and emphasizes the play’s episodic structure. That steady beat keeps things moving, but robs the drama somewhat of a sense of spontaneity. And the beats keep ticking as the play winds down to a wan conclusion, an episode or two after the climactic events of the story have come and gone. 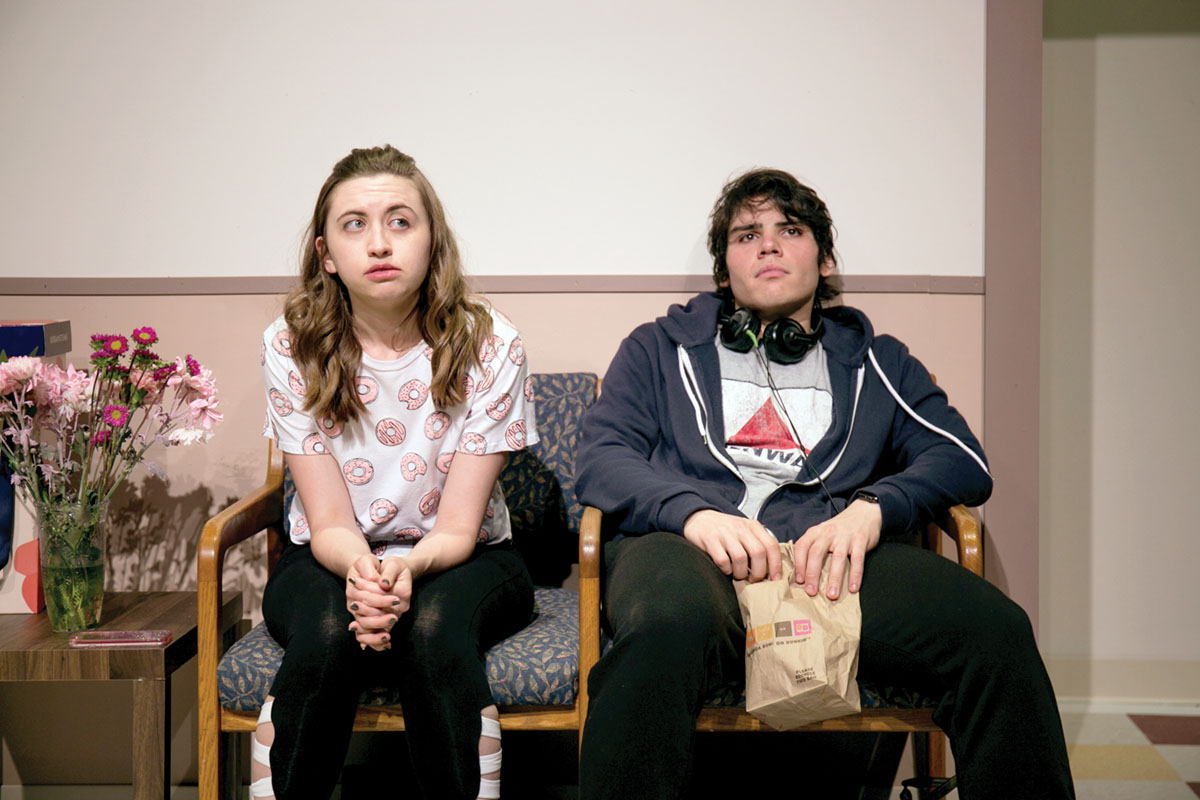