Taking a dig at the Trump administration, Sandberg says "we will not be invisible, and we will not back down" 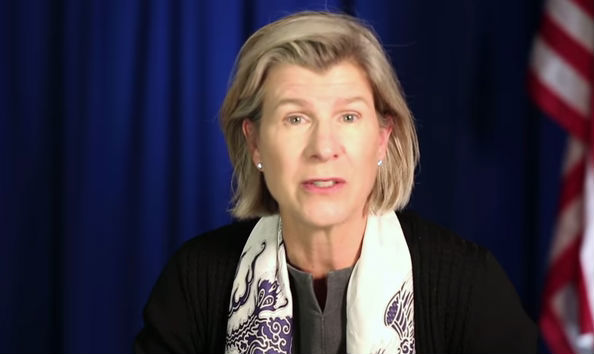 LPAC, the country’s only political action committee dedicated to engaging LBTQ women voters, has announced that Stephanie Sandberg will serve as its new executive director.

Sandberg, who most recently served as managing director of OUT Leadership, takes the helm of LPAC ahead of November’s crucial 2018 midterm elections and its largest annual fundraiser, Levity and Justice for ALL, in New York on June 20.

The six-year-old organization has already made several endorsements of candidates during the 2018 primary season, and expects to issue more endorsements ahead of remaining primaries and the general election.

“We are so excited to have Stephanie Sandberg lead LPAC as our Executive Director at this critical time for the organization and our political work in 2018,” Laura Ricketts, the board chair of LPAC, said in a statement. “Stephanie brings deep and diverse experience that LPAC needs to grow the organization and lead us in an election cycle in which so much is at stake for our country and the communities that LPAC serves.”

During her time at OUT Leadership, Sandberg helped develop and launch “OL-iQ,” a unique assessment tool that provides a comprehensive diagnosis and recommendations for how businesses can better achieve LGBTQ inclusion, and, in doing so, enhance their bottom line. She also oversaw OutWOMEN, which connects and promotes women LGBTQ executives across the world.

A graduate of Stanford University, Sandberg also previously served as president and publisher of The New Republic, the executive publisher at Columbia Journalism Review, communications director at Disruptive LA, senior vice president of communications at Rosemark Capital Group, and as a consultant for other companies. She also served as a board member of the Women’s Venture Fund, and as part fo the communications committee of Human Rights Watch.

In an introductory video, Sandberg introduced herself to LPAC’s supporters and laid out goals for the organization under her leadership — including pushing back at what many progressives see as the erosion of women’s rights, racial and social justice measures, and LGBTQ rights under the Trump administration.

“It wasn’t long ago that the LGBTQ community was celebrated. We could legally marry the person we loved, acceptance of our community was at an all-time high, and a woman, we thought, was heading to the White House to continue that progress. … We refuse to let this administration turn back the clock on things that matter to us most,” Sandberg said.

“With your help, we can defeat this administration and its regressive policies. We will not be invisible, and we will not back down.”