The gay lawmaker took issue with anti-gay and bigoted Pence visiting his district, calling Philly a city of "soaring diversity" 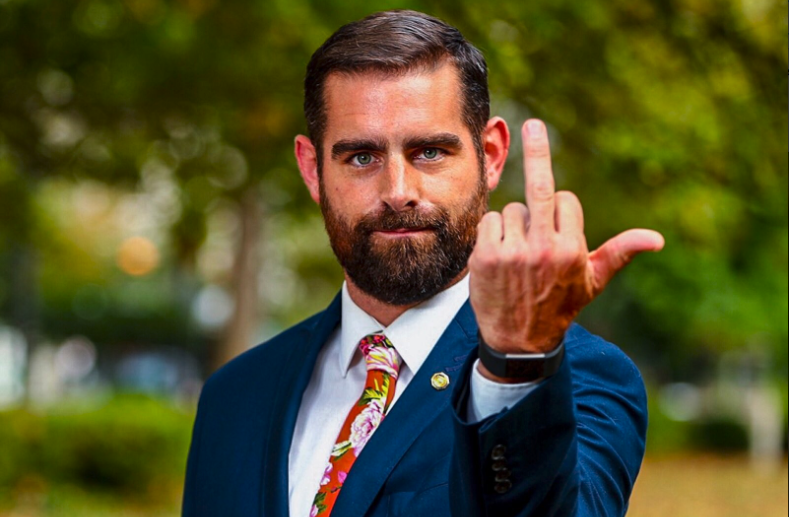 Sims, who represents the 182nd district in Philadelphia and is Pennsylvania’s first openly gay lawmaker, took to social media to express his disdain for the vice president visiting his district.

“Vice President Mike Pence let me be the first person to officially welcome you to the City of Brotherly Love, and to my District in the State House,” he wrote. “To be clear, we’re a City of soaring diversity. We believe in the power of all people to live and to contribute: Black, Brown, Queer, Trans, Atheist, Immigrant, we want you and we’ll respect you.”

“So keep that in mind while you’re here raising money to attack more families, spread more lies, blaspheme with your bible, and maybe even talk to a woman without your wife in the room,” Sims added. “We have plenty of them, and they’re pretty much all more powerful and more real than you have ever been. So…get bent, then get out!”

The image has garnered thousands of reactions on Facebook and Twitter, with many supporters praising Sims for speaking out against Pence, who earlier this year denied his long documented bigotry and claims that he supported gay conversion therapy.

Some took issue with Sims flipping the bird, only to get a sharp retort from the representative.

I know thoughtfulness isn’t exactly your set’s strength but Queer people, trans people, and immigrants can all be white and Christian. You all just use Christianity as a white racist weapon so that confuses you. Pretty sure atheists like me are White too. You’re not good at this.

Don’t be so obtuse, it’s reeks of inauthenticity. I don’t except respect. I expect equality under the law no matter what faith someone heading our secular government pretends to adhere to. https://t.co/cOU0gTRa4H

Bigotry isn’t funny or cute, @RepStevenSmith. Making light of it in such a flippant and callous way is gross. Shame on you. https://t.co/DQrt7Ji5z9

Sims, who was endorsed by the Victory Fund for reelection, has gained a national profile for his work and advocacy efforts, including proudly supporting LGBTQ rights.

In a notable incident in the Pennsylvania State Capitol, Sims was shut down by another representative for trying to speak about the Supreme Court overturning a portion of the anti-gay Defense of Marriage Act.

State Rep. Daryl Metcalfe, who last year screamed “I’m a heterosexual” during a committee meeting after a male colleague touched his arm, invoked an obscure rule to prevent Sims from speaking, claiming his remarks constituted “open rebellion against God’s law.”

And earlier this year, Sims shut down an Australian rugby player who claims he felt “persecuted” after posting anti-gay comments online.

“Persecution is when you have less rights, less say, less protection from abuse, less representation, less support, and less ability to have wrongs against you corrected,” Sims wrote on Twitter. “Getting backlash for being an idiot isn’t persecution, it’s justice.”