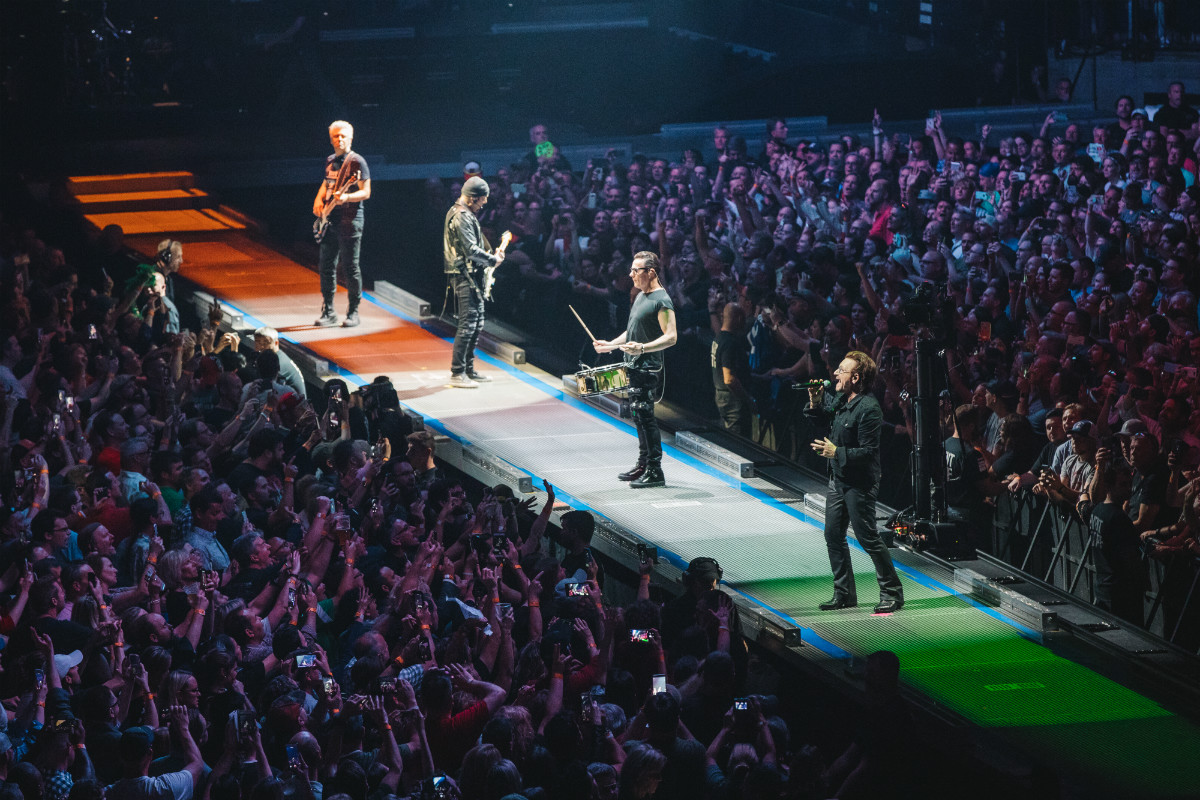 With the world spinning seemingly into madness over soccer, summits, and insane immigration policy, U2 set down at the Capital One Arena to be a stabilizing force for good — and a good time.

Nearing the end of the U.S. leg of the band’s Experience + Innocence Tour, U2 bathed in the welcome of a crowd that roared along all night to every “oh-oooh-oh-oh.” Bono was a wee bit bowled over. “This is a Monday night?” he asked. “In the capital?”

U2 was on a mission to provide the reassurance of reliable licks and melodies, along with what Bono called a “personal” voyage, that kicked off with the elegiac electronica of “Love Is All We Have Left,” from 2017 release Songs of Experience.

The frontman stepped away from mates The Edge, Adam Clayton, and Larry Mullen, Jr., and strode across a lifting catwalk. Projected video lit his way forward, occasionally shifting to a close-up camera view of the singer himself. 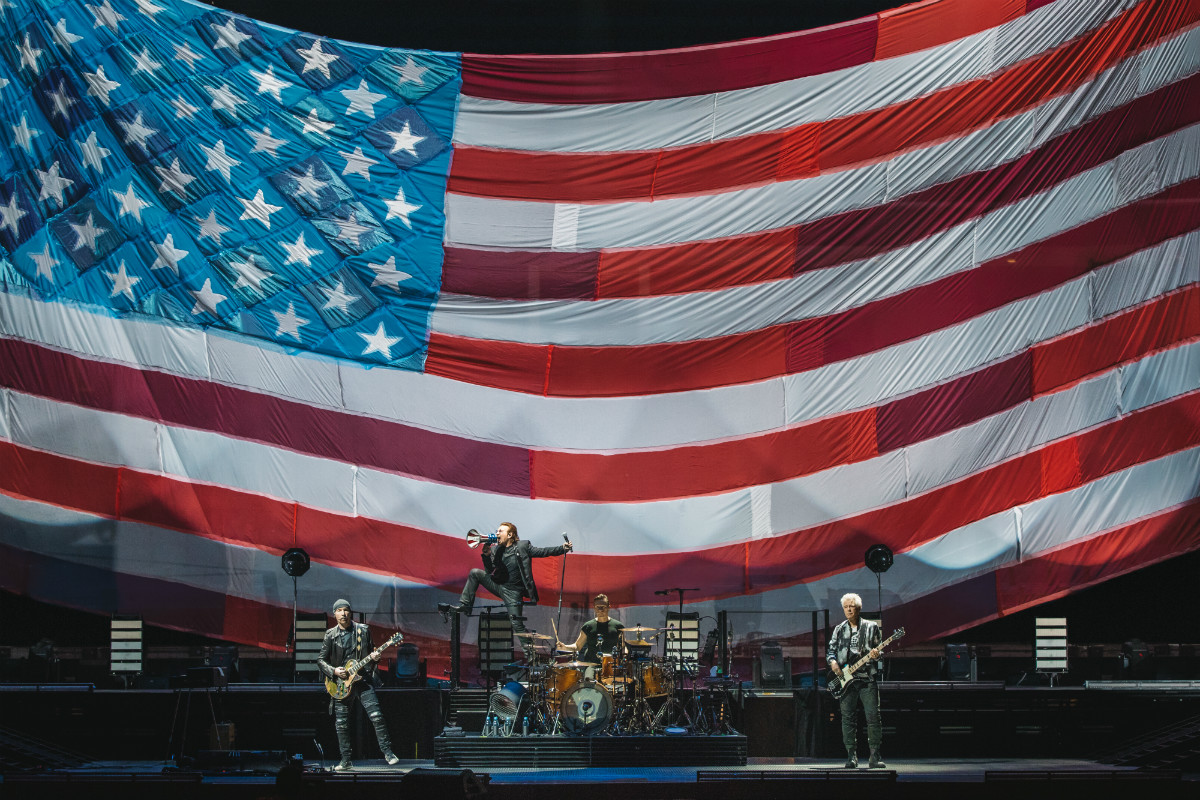 Master arena showmen, U2 and crew have worked out clever ways to integrate video content with the band’s live performance. Images of the group in old photos, animated vignettes of the neighborhoods they grew up in, and pictures of Bono’s late mother surrounded him as he sang a tribute to her with “Iris (Hold Me Close),” or led the arena in a moving “Sunday Bloody Sunday.”

U2’s message of peace is a reminder that these men lost their innocence in a nation dangerously divided. Between soaring through tracks from Songs of Experience and 2014 companion album Songs of Innocence, Bono delivered other direct reminders to an audience that was receptive to the message.

The show also delivered a powerful message about “willful blindness,” projecting images of Nazis and klan members marching in Charlottesville over the band’s urgent performance of “Staring at the Sun.” That moment was bluntly juxtaposed with a triumphant run through “Pride (In the Name of Love)” — not a subtle transition, but subtlety is of little use when fighting hate. 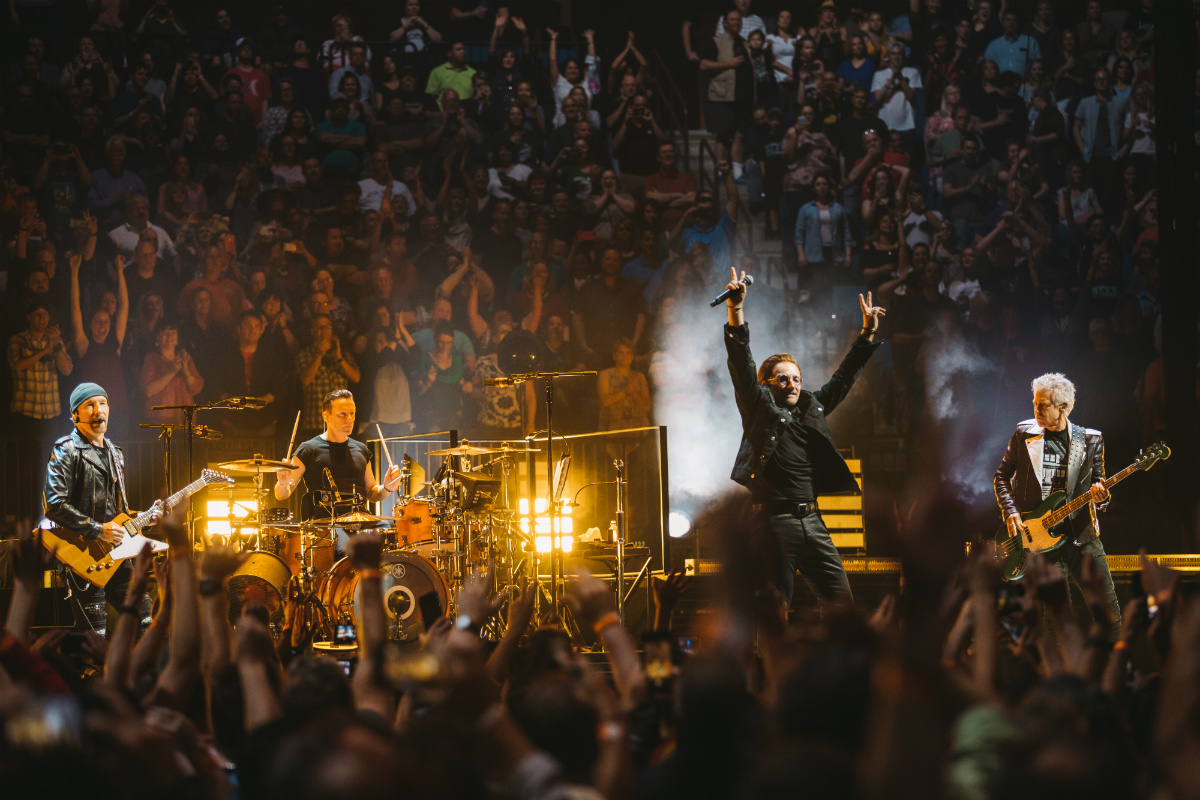 Don’t forget who you are was the thrust of the night, and the band has not forgotten. “I Will Follow” galloped like it has for nearly 40 years, and “Desire” bubbled up like a gush of soulful abandon. U2 represented qualities of both innocence and experience, with Bono calling for everyone to embrace the one word that might deliver us all: compromise.

After a tender take on “One,” the band closed their encore with “13 (There Is a Light)” a track released last year that felt right on the money last night. “If the terrors of the night come creeping into your days/And the world comes, stealing children from your room/Guard your innocence.”

André Hereford covers arts and entertainment for Metro Weekly. He can be reached at ahereford@metroweekly.com. Follow him on Twitter at @here4andre.
← Previous Story Alessia Cara, Troye Sivan and MAX to headline Capital Pride
Next Story → Mary Chapin Carpenter returns to Wolf Trap to celebrate 30 years of transcendent songwriting