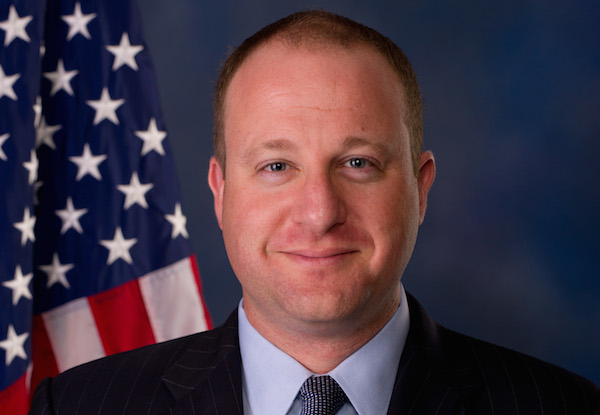 U.S. Rep. Jared Polis (D-Colo.) has made history by becoming only the second openly gay man to be a major party’s nominee for governor.

Polis, a five-term congressman from the Boulder area with a background as a small business owner, won his primary with nearly 45% of the vote over former State Treasurer Cary Kennedy, former State Sen. Mike Johnston, and Lt. Gov. Donna Lynne.

He now heads into the general election against current State Treasurer Walker Stapleton, a member of the Bush family, who won the GOP primary with 48% of the vote over former State Rep. Victor Mitchell, former Parker, Colo., Mayor Greg Lopez, and businessman Doug Robinson.

Polis becomes the second openly gay man to win a major party’s gubernatorial nomination after former U.S. Rep. Mike Michaud (D-Maine), who won his primary four years ago. If successful in November, Polis would become the first openly gay man elected governor in the country, and the second out LGBTQ governor in history after Oregon’s Kate Brown.

The LGBTQ Victory Fund, which endorsed Polis in his bid for higher office, released a statement praising him.

“Tonight Jared Polis pulled off a huge victory and is on-track to become the first openly gay man elected governor of a U.S. state,” former Houston Mayor Annise Parker, the president and CEO of LGBTQ Victory Fund, said in a statement.

“While it is a historic and promising night for the LGBTQ community, primary voters chose Jared not because he could be a historic first, but because of his unquestionable integrity and positive vision for Coloradans,” Parker added. “Voters will have a stark choice in November — between a long-time public servant who governs with values, and the Republican nominee who stands behind the divisive rhetoric and destructive policies of Donald Trump. I am confident Coloradans stand with Jared.”