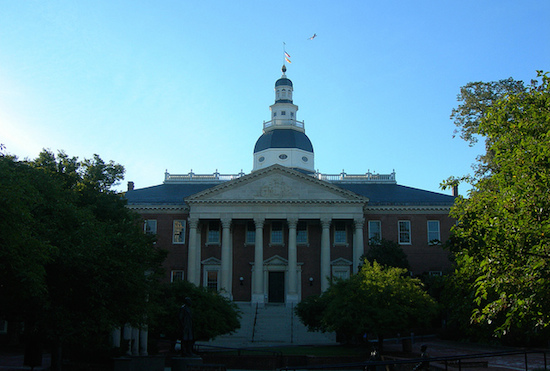 Six LGBTQ candidates won their primaries for seats in Maryland’s General Assembly on Tuesday, but others who sought higher office fell short.

In the U.S. Senate race, Chelsea Manning, the transgender former U.S. Army private who leaked classified and sensitive information about the casualties of U.S. military operations abroad to the anarchist site Wikileaks, lost the Democratic primary for U.S. Senator to incumbent Sen. Ben Cardin. Manning netted about 6% of the vote, compared to Cardin’s 80%, from among a field of eight candidates.

In the gubernatorial race, openly gay Sen. Rich Madaleno (D-Montgomery Co.), won 6% of the vote, coming in fifth for the Democratic nomination to take on Republican Gov. Larry Hogan in November. Similarly, Julie Verratti, a lesbian craft beer brewer running for lieutenant governor, failed to advance to the general election when her running mate, Alec Ross, only garnered 2% of the Democratic primary vote.  Former NAACP head Ben Jealous, a longtime LGBTQ ally, eventually won the nomination with nearly 40% of the vote.

Political newcomer Gabriel Acevero advanced to the general election as one of three Democrats seeking three delegate spots in District 39, representing part of Montgomery County. If he is successful in November, Acevero would become the first openly gay Afro-Latino elected to the General Assembly.

In Baltimore City, Del. Mary Washington, an out lesbian, was leading Sen. Joan Carter Conway by a margin of about 500 votes, with two precincts outstanding. If elected in November, Washington would become the first lesbian senator in Maryland history and the only LGBTQ person in the upper chamber come January 2019.

Longtime transgender activist Dana Beyer, the former executive director of Gender Rights Maryland, earned 37% of the vote in a three-way primary for the District 18 State Senate seat, but lost to Del. Jeff Waldstreicher (D-Montgomery Co.), who earned 49% of the vote.

John Riley is the local news reporter for Metro Weekly. He can be reached at jriley@metroweekly.com
← Previous Story Cuba Libre vows to retrain staff after mistreatment of transgender woman
Next Story → Prince William Board of Supervisors declares June “LGBTQ and More Pride Month”