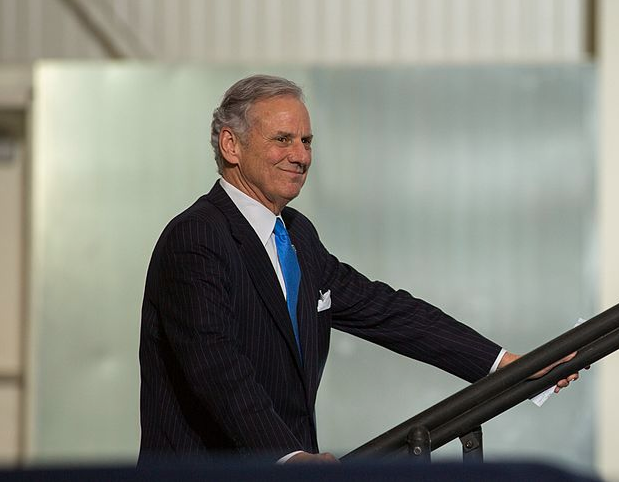 South Carolina lawmakers have inserted a little-publicized amendment into an appropriations bill to allow adoption agencies that receive taxpayer money to discriminate against same-sex couples and other prospective parents.

The provision, inserted into a nearly 500-page bill, allows adoption and foster care agencies to refuse to place children with any family to which the agency, or an employee of the agency, objects, based on a “sincerely-held religious belief or moral conviction.”

If approved, the provision would make South Carolina the 10th state in the nation to prioritize the beliefs of a child placement agency over what’s in the child’s best interest under the guise of religion. North Dakota, South Dakota, Kansas, Oklahoma, Texas, Alabama, Mississippi, Michigan, and Virginia have similar laws in place.

LGBTQ advocates have called upon Gov. Henry McMaster to use a line item veto to scuttle the adoption provision within the appropriations bill.

“With one insidious paragraph in a 500-page bill, South Carolina lawmakers are creating a license to discriminate with taxpayer funds against qualified, loving families looking to care for children in need,” Marty Rouse, the national field director for the Human Rights Campaign, said in a statement. “This hastily added provision does nothing to improve the outcomes for children in care, but only shrinks the pool of prospective parents in a blatant attempt to discriminate against LGBTQ South Carolinians. It’s not too late for the governor to fix the state legislature’s mistake and veto this dangerous measure.”

Opponents of the amendment note that the biggest barrier to placing children with foster or adoptive parents is a lack of qualified prospective parents willing to open their homes to children in state care. They argue that the provision only serves to limit the already small pool of willing and able parents.

Opponents also note that the “religious belief” or “moral conviction” cited by any agency won’t just affect LGBTQ couples, but could allow agencies to refuse to place children with interfaith couples, non-Christian couples, and single parents.

Lastly, they note that LGBTQ-identifying children may not receive the support they need if they are placed with prospective parents that only adhere to a certain set of beliefs, including that homosexuality is wrong and immoral. A recent HRC analysis found that LGBTQ youth are overrepresented in the foster care system, primarily due to parental rejection of their sexual orientation or gender identity. By refusing to allow children to be placed with parents who will be more accepting, the amendment could leave LGBTQ children vulnerable to abuse, discrimination, or mistreatment.

“The proviso is discriminatory in nature and lacks being germane to the budget as it uses the state budget to tamper with permanent statue,” Jeff Ayers, the executive director of South Carolina Equality, said in a statement. “It’s blatantly unconstitutional from a separation of powers standpoint, and it promotes discrimination in a state that has proven it has no appetite for such practices.

“There are only losers today: children denied permanent and loving homes, and potential parents coldly turned away simple because of who they are,” he added. “We will not stand by and let this policy go in affect without a legal challenge in the courts.  We have turned to the courts to correct the wrongs of the legislature in the past and we will do it again.”

Currently, experts estimate that there are more than 4,000 children in South Carolina’s adoption and foster care system waiting to be placed with prospective families.

Ayers also warned that there could be a economic backlash against the state if the amendment is signed into law, particularly if corporate allies of the LGBTQ community refuse to do business in the state or seek other venues to relocate or expand.

“There will be a backlash from a broad-based coalition that will prove to be economically harmful to our state…. a state that once flushed a proposed ‘Bathroom Bill’ down the toilet because we’re a business-friendly state,” Ayers predicted. “I cringe to think of the economic backlash to come and we will remember this come November.”

John Riley is the local news reporter for Metro Weekly. He can be reached at jriley@metroweekly.com
← Previous Story Father of Miami man charged with attacking gay couple says son is innocent because he was raised by gay dads
Next Story → Panic! at the Disco frontman Brendon Urie pledges $1 million to help schools set up Gay-Straight Alliances