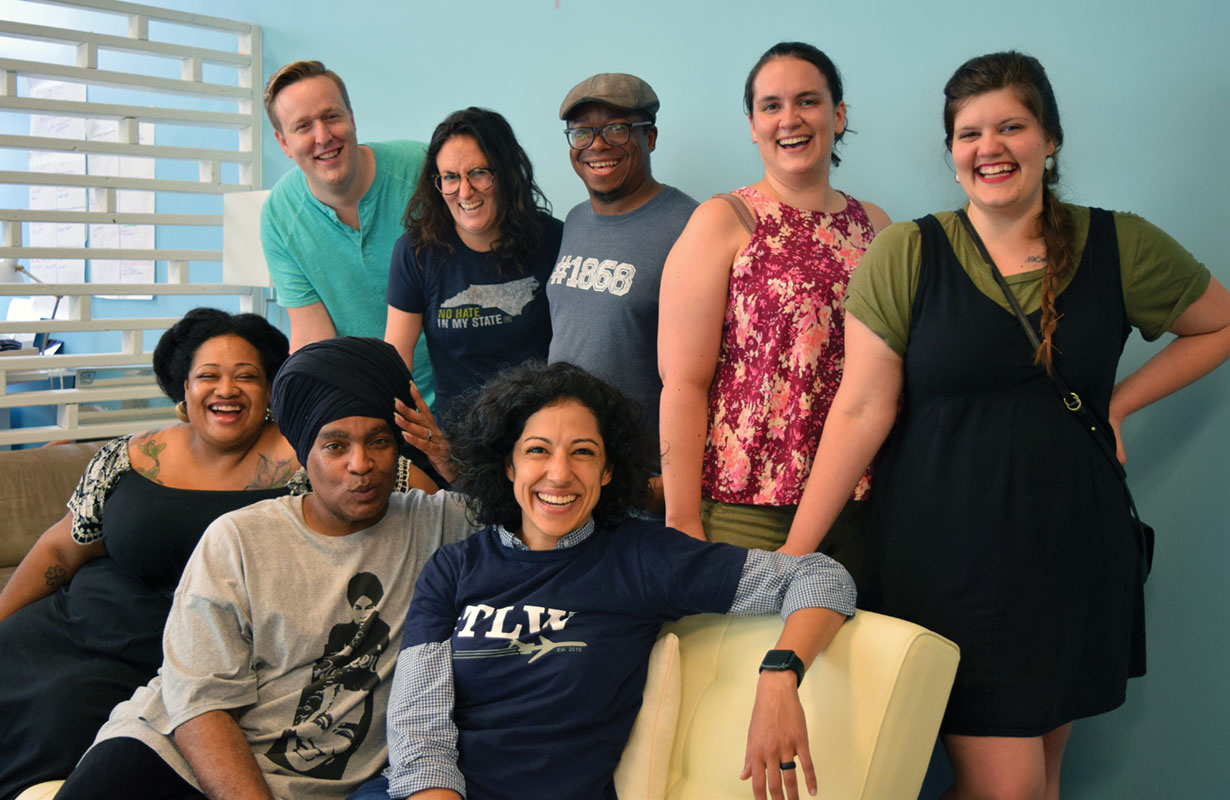 “I don’t think it’s often that even with people you know well, you would necessarily tell these kinds of very deep, very emotional stories,” Rebecca Pilar Buckwalter Poza says.

Even friends of Buckwalter Poza were surprised to learn her Colombian grandmother rejected her when she came out, something the Daily Kos editor shared at last year’s Queer Cuentos event, organized by Story District with the Latino GLBT History Project. In addition to bringing her closer to friends in the audience, telling her story publicly in a supportive environment connected Buckwalter Poza to strangers with similar experiences. “They sought me out,” she says. “I felt supported in a very unique way because they knew exactly what I was going through. It was remarkable.”

This year, Buckwalter Poza will return to the Story District stage as one of eight storytellers at Out/Spoken, the organization’s annual LGBTQ showcase.

“There is a lot of focus on coming out this year — a lot of stories kind of have that at their core of what they’re talking about,” says Phill Branch, who has participated in Out/Spoken for three years, two as its director. “And I think it’s because…of a lot of things that are happening in the world politically…. Certainly we haven’t gone completely backwards, but it feels a little scary again for people, so I think people are starting to think about and talk about those stories again.” Branch, who will share “a funny story about my prom [and] my struggle to figure out where I fit in,” has endeavored to find stories and storytellers beyond the familiar — this year including straight allies. One story, for instance, tells of a woman’s coming out from her sister’s perspective. “It tells a different side of the story — about the family kind of watching you go through the rough time and trying to support you, and what it does to them.”

More than comedy or mere performance, storytelling shows such as Out/Spoken help nurture and embrace a real sense of community, says Branch, an English professor at Howard University who also teaches classes for Story District.

Doug Rule covers the arts, theater, music, food, nightlife and culture as contributing editor for Metro Weekly. Follow him on Twitter @ruleonwriting.
← Previous Story André Aciman and Becky Albertalli on creating seminal works of gay fiction
Next Story → Beyond Bars is a night of poetry and performance by formerly incarcerated LGBTQ people